One of the largest Bitcoin mining company and the biggest ASIC chip producer in the world, Bitmain, files a lawsuit against an unidentified hacker who stole approximately 617 Bitcoin (BTC) from the wallet in April 2018, at the time bitcoin was priced close to  $8,935.

The company requests a  jury trial at the United States District Court Western District of Washington at Seattle. The funds were stolen from Bitmain’s Binance wallet. Since the mining company could not identify the perpetrator, the lawsuit addresses him as John Doe.

Allegedly, the hacker accessed “a protected computer without authorization” and gained access to Bitmain’s Binance wallet, stealing the said bitcoin. The theft has costed a loss of over $5 million. The lawsuit also stated:

“As part of the scheme to fraud and theft, John Doe also knowingly transferred the Bitcoin he/she stole from Bitmain’s custodial wallet to an account on the Bittrex Seattle-based trading platform. John Doe’s unauthorized access and scheme to defraud was across state lines and accomplished using the Internet, which is used in interstate and foreign commerce and communications.”

The lawsuit further elaborated that the perpetrator converted the stolen Bitcoins to MANA tokens and other cryptocurrencies at an inflated price and converted them through Bitmain’s wallet. However, MANA has two small a market size to enable the hacker to inflate the price of the token, so the stolen bitcoins were converted to Ethereum, which was later on used to buy the token. 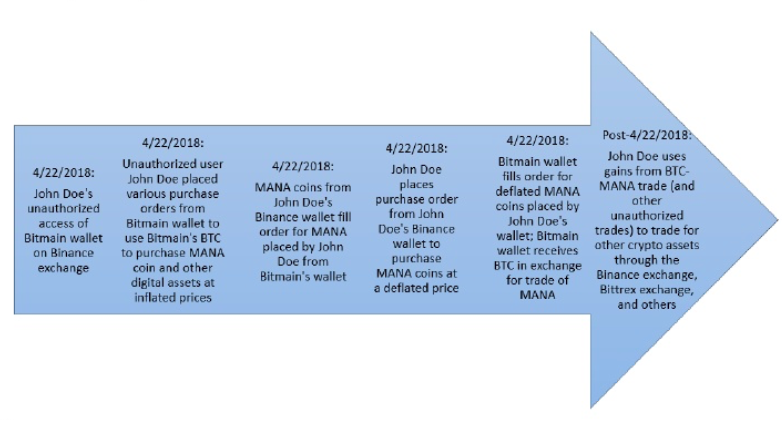 Reportedly, the John Doe controlled both sides of the trade of MANA at a deflated rate, selling through Bitmain’s wallet and purchasing through a different account on Binance. 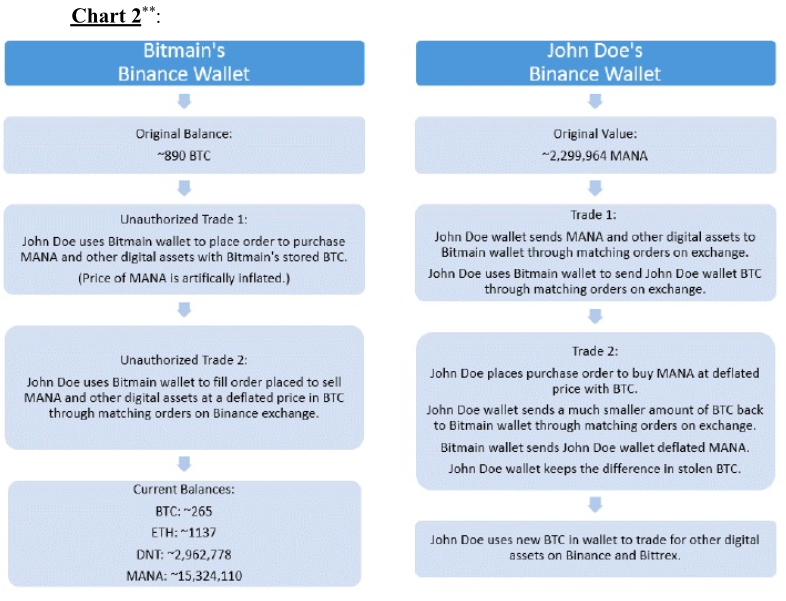 “Through his unauthorized access to Bitmain’s digital wallet and market manipulations, John Doe was able to transfer or “sell” that MANA into Bitmain’s digital wallet at an artificially inflated set of prices that range between approximately $0.1997 and $033953 per MANA. This represented a 70 to 192 percent increase over the market rate that MANA had been trading. He/she transferred that BTC out of the John Doe’s Binance wallet and ultimately into a digital wallet on the Bittrex cryptocurrency trading platform.”

One Solution Ecosystem - Decentralized Fund Management For Investment In ICO's