Chainalysis, a blockchain research firm reveals a new study that frees the Bitcoin (BTC) whales from the allegation of being one of the causes of the price volatility. The volatility of the cryptocurrency market even worries the best bulls sometimes, a part of the blame is usually put on the power and influence held by the bitcoin whales with their fat digital wallets filled with a large amount of the cryptocurrency.

“Bitcoin whales are a diverse group, and only about a third of them are active traders. And while these trading whales certainly have the capability of executing transactions large enough to move the market, they have, on net, traded against the herd, buying on price declines. “

Quite contrary to the common belief, the study further credits these whales to congregating and trying stabilizing the markets. The study states:

They (Whales) appear, in aggregate, to have stabilized the market during recent price declines, rather than exacerbating price movements. This makes sense since these trading whales are professionals with no vested interest in abruptly tanking the market. When they require liquidity, traders are likely to use OTC trading platforms equipped to manage large transactions with minimal market disruption.

During the course of the research, the firm managed to divide the 32 wallets into four groups – 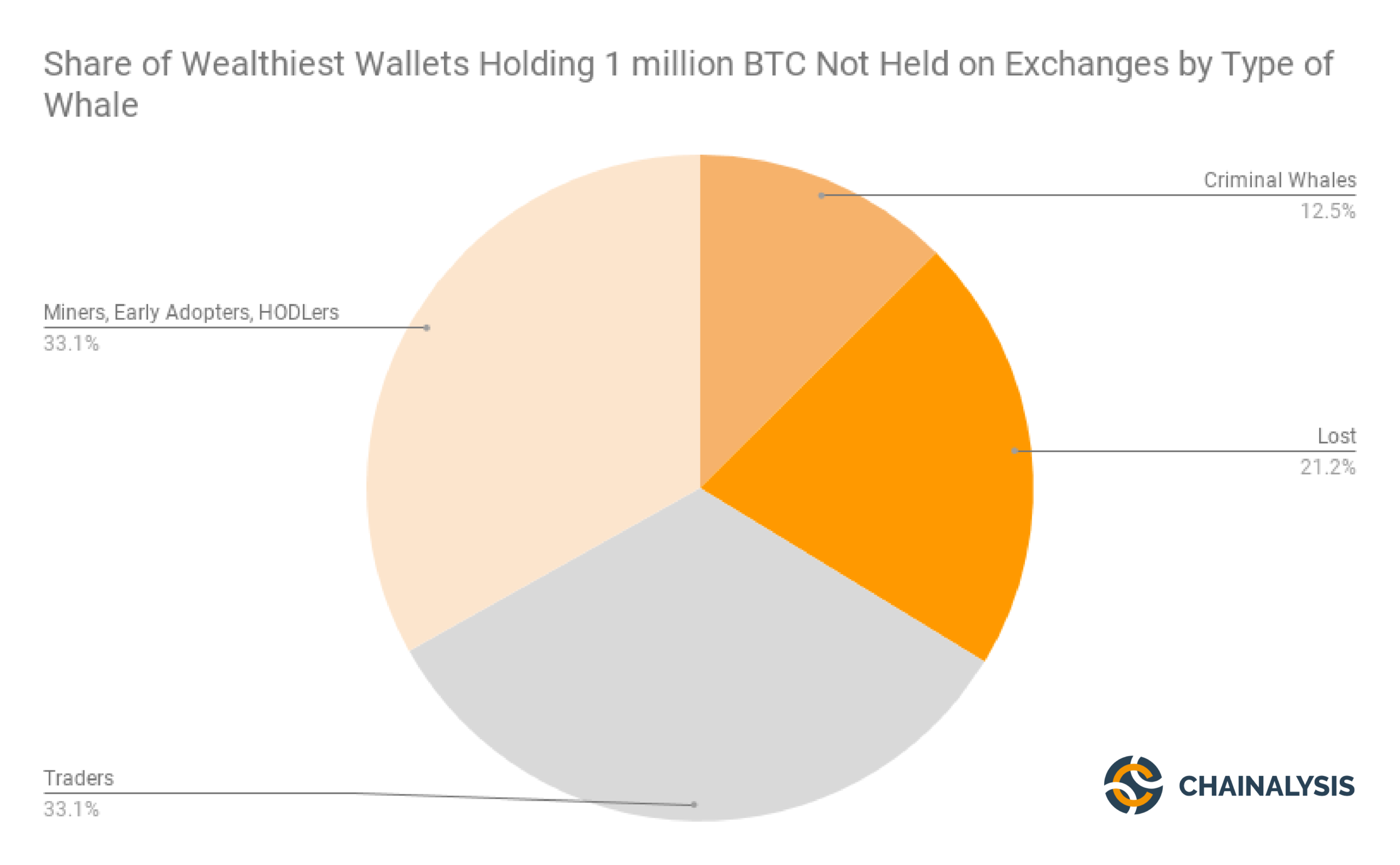 The research further decrees that these whales did not t intensify volatility, the study further states:

When the bitcoin price surged to $19,000 in 2017, the crypto community wondered,  what if the 1,000 people owning 40 percent of all existing BTC cash it out simultaneously. A scenario like that can cause a glut in the market and sink prices to the advantage of certain traders and the loss of most.

The managing partner at Multicoin Capital, Kyle Samani, said then that he “think[s] there are a few hundred guys. They all probably can call each other, and they probably have.”

Read more: Research Suggests, 55% Of The World’s Bitcoin Are Held In 1% Of Wallets