The 10-page report ranked Kraken, Cobinhood, and Poloniex as the top 3. While the first two exchanges received a ranking of ‘A’, Poloniex received an ‘A-‘.  Notably, one of the most popular exchange Binance was not in the top 20 and was ranked a distant 35 in terms of security. 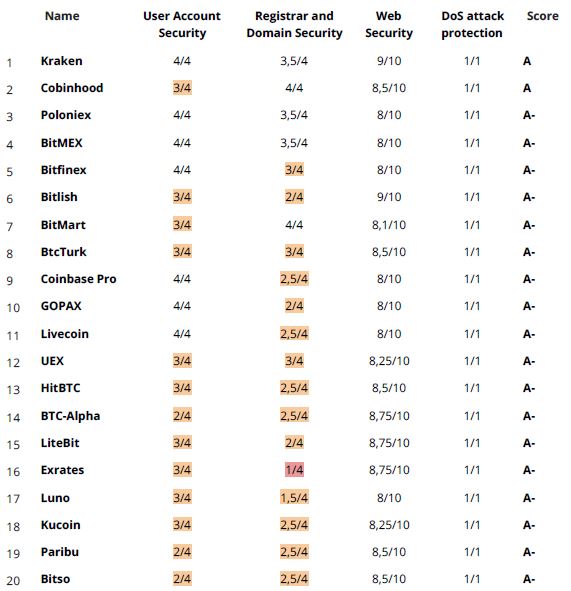 User Security accounts were created on each exchange and multiple tests were conducted.  User security was further tested and accessed through four parameters. Firstly it was checked for errors in the content of the exchange code that could lead to malfunctions in the application.

Secondly, the ability to create a weak password that the action of confirmation through the mail was tested. Lastly, the availability of 2FA authentication.

The exchanges were also tested for Denial-of-Service (DoS) attack protection.

Each category was scored according to the following system:

The maximum possible score to be awarded is 100, none of the exchanges managed to achieve an A+ rating.

Read more: As Bitcoin Turns 10, The BitMEX States That Bitcoin Is Physical Cash In Digital Form

Do You Know the Difference Between Forex and Bitcoin?

Josip Heit On How To Get Started With Commodity Trading