Bitcoin Cash, the hard fork which was created as a break from Bitcoin in 2017 is going through a halving today, with the coin’s price soaring more than 14 percent daily. Bitcoin Cash is increasing in value at $267.37, off the latest $281.23 high. As a result of today’s halving, the fifth-largest digital asset with a current value of $5 billion has risen dramatically, but the failure to consolidate beyond $285.00 may prompt a downside reversal. Bitcoin Cash bulls do have the strength to propel BCH/USD to a focal point of $300. With the development of Block 629,999, the reward for the next blocks will also be halved, from 12.5 to 6.25 BCH. This is the initial event for BCH to halve. Several miners are expected to abandon BCH mining to search for better rewards in BTC mining. 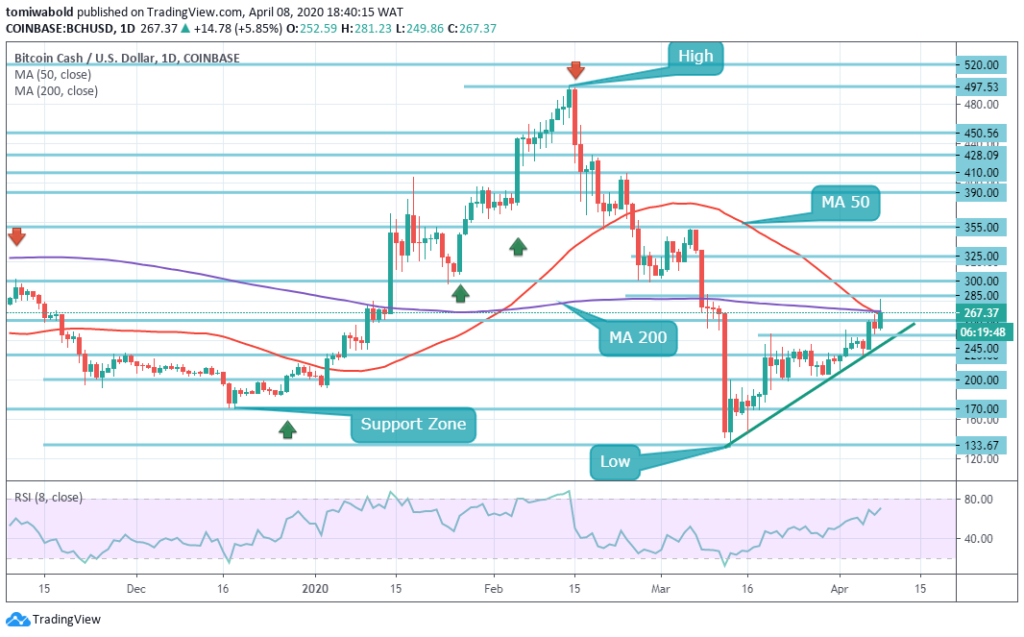 Bitcoin Cash has shifted vertically, having found steady traction within a known buying zone while price action through the view of the daily chart is developing a bullish pennant pattern, subject to a higher breakout. The current trend is particularly ranging when analyzing the RSI and the ascending trendline.

Bitcoin cash bulls do have the driving ability of $300 price level toward gains. The initial resistance on the upside is formed by the level of $285.00. If it’s out of the way, the potential for the next focus on a psychological $300.00 level is expected to get traction. The failure to consolidate beyond $285.00 level, though, may prompt downside correction toward the $245 level. 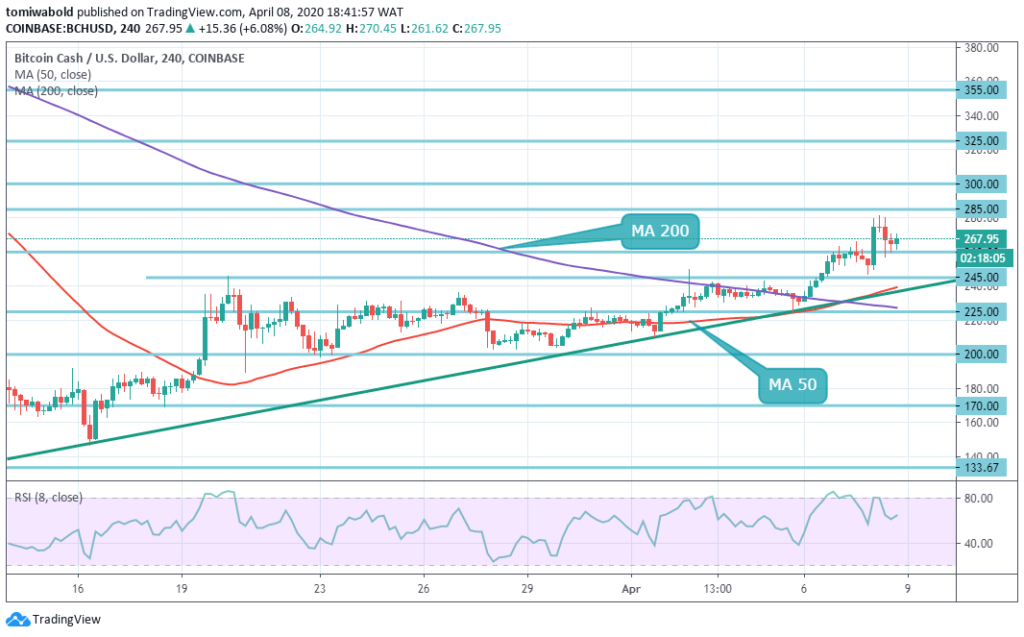 On intraday charts, the level of $260.00 supports BCH/USD. The barrier at the start of the week constrained the upside traction. Once it’s broken, the sell-off may extend to the level of $245 (near the MA 50 threshold) and level of $230.00 (the upward trendline zone). The moment the sell-off resumes, the lower MA 200 line at $225.00 level may act as a backstop.

Now BCH/USD is within a 4-hour range. Nevertheless, with the RSI currently heading beyond 70 to the north, this scenario reinforces the market position of the bulls. The $245 level is a known resistance turned support zone in terms of where the market has recently attempted a rebound, but there are certain potential signs of growth for BCH.

Bitcoin Profit: Giving You The Opportunity To Go To Bed Richer

FINTECH AND AI DURING COVID19 (panel discussion) to be joined by representatives from Nasdaq, Western Union, Bankera and more at TCE2020VE