The first crypto asset by market cap Bitcoin, regained its balance after the bears swung into action earlier as it plunged from its high of $9,970 to as low as $9,050, shedding 10% in the process.

Although Bitcoin’s recent price of $9,500 is still up over 140% from the $3,800 lows it set during the March 13th market carnage which is a three times increase, its recent price activity is causing a significant number of Bitcoin miners to capitulate.

Amid the sell-offs created by Miners outflows, Bitcoin futures open interest has garnered much attention as it remained at its peak since May 2020. 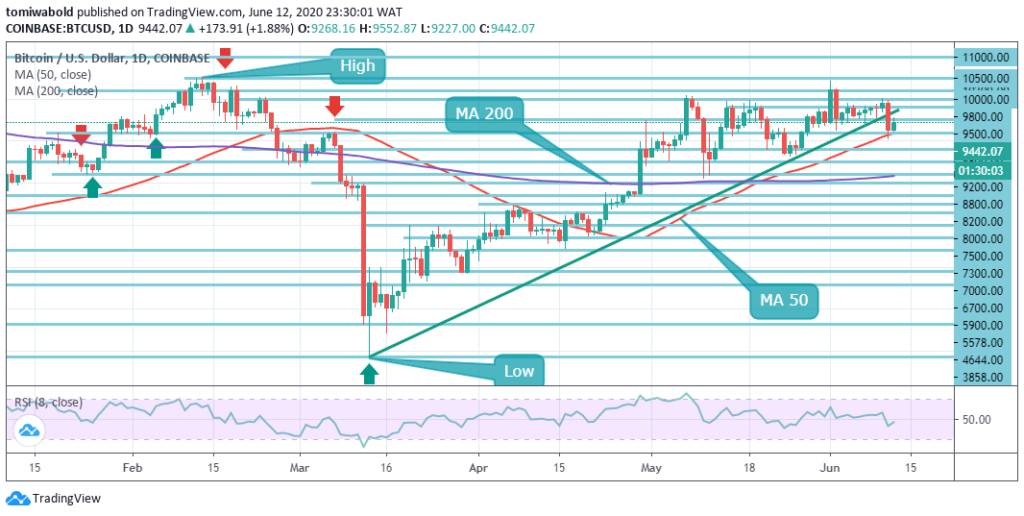 BTC/USD is still recovering from yesterday’s huge setback, presently exchanging near $9,442 to preserve the daily MA 50 at $9,200.

Open interest refers to the value of outstanding derivative contracts that are yet to be settled. Bitcoin futures on the Chicago Merchantile Exchange (CME) was listed on December 18, 2017, which coincided with the period of Bitcoin’s uptrend.

In late December 2017, Bitcoin had an impressive rally which caused it to hit its all-time high of $20,000 which Bitcoin has never retested since then.

Not quite long after the Bitcoin CME futures launch, trader enthusiasm in futures began to wane, to the extent that the Chicago Board Options Exchange (CBOE), another futures platform had to close off its contract deal. 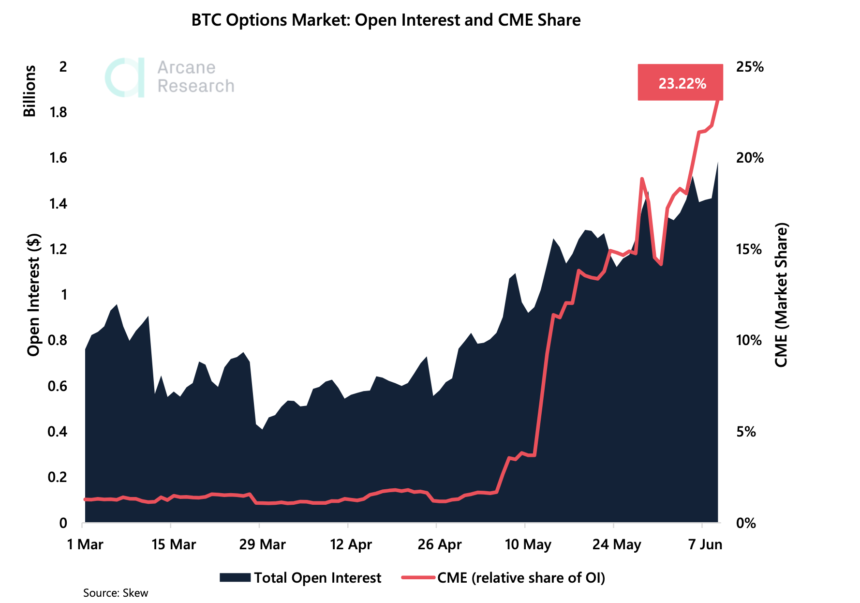 However, the Chicago Merchantile Exchange(CME) maintained its deal and saw recent growth in Bitcoin futures open interest as large as 3,000% in May, according to data from Arcane Research in collaboration with Skew analytics.

Halving in which Bitcoin mining reward was halved from 12.5 BTC to 6.25 BTC was seen as a catalyst for Bitcoin’s massive uptrend. However, Miners’ selloff resulting from capitulation as revenues dropped following halving had immensely affected Bitcoin’s recent price action.

Bitcoin however resorted to sideways trading as it failed to post any decisive trend in either both ways, below the $8,200 key support or above the $10,000 critical resistance which has been rejected several times.

BTC’s indecisive trend has left traders and investors alike without clarity while open interest surges. Bitcoin’s break above the $10,000 key level will likely cause a massive uptrend, but this may profit one party at the expense of another. However, analysts predict that either which way Bitcoin trends in the days ahead will possibly be strong enough to maintain CME Bitcoin futures newly acquired status after.

Immediate Edge Bot Review: Is This The Next Best Investment Thing?