Bitcoin (BTC), first and largest cryptocurrency by market cap has been sailing choppy waters of late. In the last 24 hours, BTC saw intense turbulence that caused its price to flutter between highs of $11,600 and lows of almost $11,100.

Last Thursday, Federal Reserve Chairman, Jerome Powell revealed Fed’s intention to anchor interest rates near zero while they allow inflation to run high in the near-term to support the economy. A collective shiver was felt across the markets after these remarks were made in Jackson Hole.

Bitcoin jumped from $11,300 to $11,600 within minutes as BTC Investors initially treated news of the Fed’s plan to allow inflation to run high in the near-term as bullish, however, BTC failed to sustain the upward momentum it incurred, recording a decline which caused it to set lows of $ 11,282 earlier today. 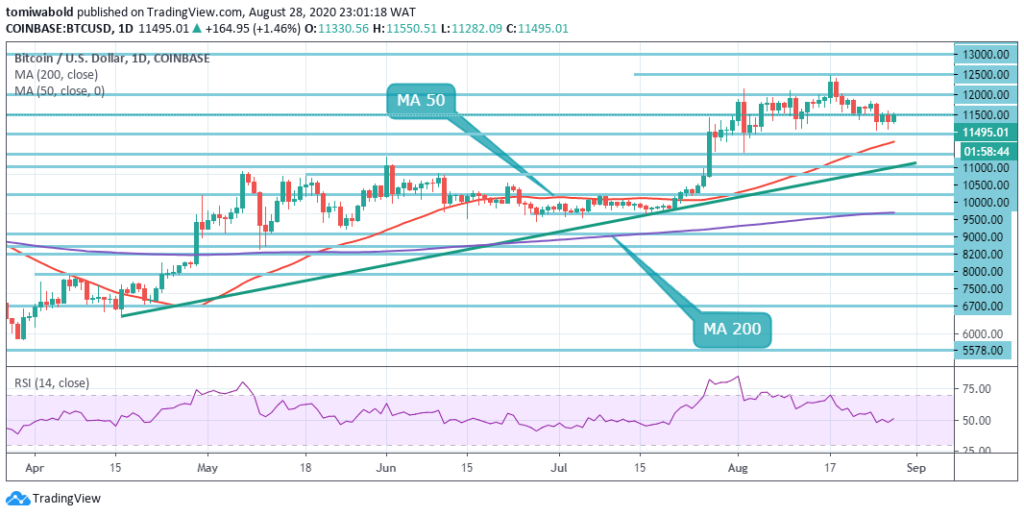 At the time of writing, Bitcoin is trading marginally up at $11,495.

Bitcoin price jumped to $11,600 in the news wake of the update to the Fed’s policy, however, it was rejected immediately to lows of $11,200. An analyst isn’t surprised at this BTC move, describing it as the “fade the Fed” pattern, stating that Bitcoin has always reacted like this to Fed-related news.

Despite its near-term consequences on BTC price, there’s no gainsaying that this news will elucidate the importance of having exposure to hard assets like BTC.

Another Reason Why It Matters for Digital Assets Is Two-Fold: technology and anti-inflation potential depicted in an ability to tap into unbanked communities and spread the “credit and confidence.”

Tyler and Cameron Winklevoss, early Bitcoin investors and founders of Gemini, believe weakness in the U.S. financial system coupled with other factors means Bitcoin could one day reach $500,000.

A prominent trader maintained that BTC’s high time frame outlook remains bright pointing to the sustained defense of the lower-$11,000 regions as a bull-favoring sign. Vinny Lingham of the Civic cryptocurrency project and also a Bitcoin investor says that BTC will surge towards $15,000.

Lingham expects a consolidation first around $14,000 before it climbs higher. He stated that BTC may face a deeper drop before it goes back quickly to $14,000. Another analyst shares this school of thought believing that a breach past $12k which seems closer than ever will spur BTC to hit $15,000.

What On-Chain Data Is Saying 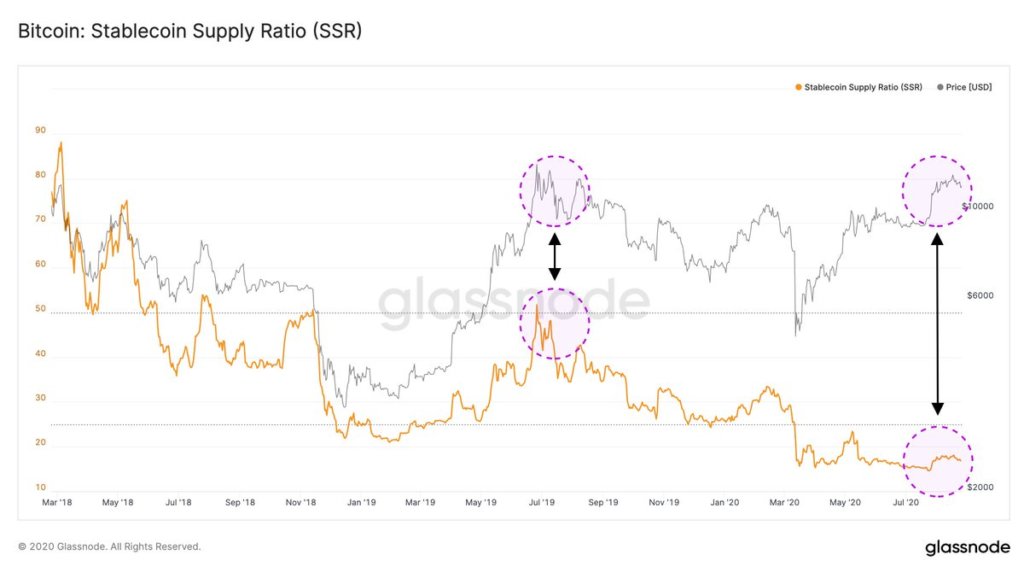 The SSR is also 3x stronger than where it was when BTC traded in the $11,000 region in 2019. However, Bitcoin’s active address count is flashing red for the BTC’s near-term outlook.

Analytics platform Santiment recently stated that BTC price decline caused its active address count to plunge by 19.3% from the highs of 1.13 million set on August 6th. Unless this key metric starts a reversal of this downtrend, Bitcoin may continue to see pressure on its price action.