Bitcoin Mining Vs Buying Bitcoins, Which Is More Profitable?

Cryptocurrency enthusiasts have already placed bitcoin in their numero uno slot of the most popular and rapidly growing cryptocurrency. Bitcoin is increasingly been used to foster financial transactions across the globe. The Bitcoin transactions are initially confirmed by the network nodes called Bitcoin miners which are then recorded in the Blockchain – a publicly distributed ledger.

These bitcoin miners are then rewarded with free bitcoins for providing their services ( like the salary paid to bankers,accountants,etc). As Bitcoin price is increasing day by day, various techies, nerds, bitcoin enthusiasts and some financial pundits are getting into Bitcoin mining in order to earn free bitcoins, just by placing some high end computer resources into the bitcoin network. But with rising competition in Bitcoin mining, the payouts are getting decreased and some bitcoin miners believe that now, that the ship for bitcoin mining has already been sailed off, it is no longer feasible. Most Bitcoin enthusiasts are now buying bitcoins and holding them instead of mining.

In this article, we will discuss the pros and cons of bitcoin mii “Bitcoin Mining VS Buying Bitcoins, Which is Better?” 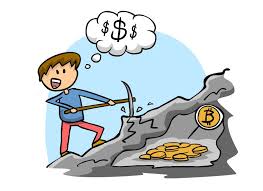 What is Bitcoin Mining?

As discussed above, Bitcoin mining is a process of placing high end computer resources which into the bitcoin network which verifies the bitcoin transactions by solving a mathematical puzzle and in turn earning free bitcoins in rewards.

The process of bringing bitcoins into circulation is termed as mining. This involves authenticating transactions entered into via the Blockchain mode as well as release of new bitcoins like a verification reward. The mining process encompasses the aggregation of latest transactions into blocks and the attempts made in solving the complex mathematical puzzles. The miner who reaches the finishing line first by solving the puzzle and placing the next block on the blockchain architecture is rewarded with coins. Mining rewards which can take up the shape of transaction fees encourages competition in the mining industry. The decentralized structure of bitcoin mining can be taken up by anyone having strong internet connectivity and powerful hardware to take on the challenge.

This refers to the number of fresh Bitcoins released with the mining of each block. Such rewards are halved either on the passage of every four years or after 210000 blocks. This causes the diminishing block reward to result in total aggregation of bitcoins which is lower than ultimate cap of 21 million as determined by the current bitcoin protocol. Once the maximum limit is reached, no more new bitcoins will be rewarded. It is expected that the maximum ceiling of bitcoin mining shall be breached by year 2140.

The bitcoin block miners are rewarded with bitcoins which are included in the numerous transactions entered into. This is also termed as transaction fee. The ultimate call of whether or not to include a transaction in a block is a voluntary decision which rests with the miner. Transaction fees can also be put to use by users sending transactions for incentivising miners in verifying their transactions on a priority basis.

Level of Difficulty in Bitcoin Mining

The efforts put in the bitcoin mining process determines the difficulty level of the whole drill. The Bitcoin network recurrently shuffles the difficulty level of bitcoin mining after the passage of two subsequent weeks or 2016 blocks by following the laid down protocol. The main aim of doing this is maintaining the constancy of the block discovery rate.

The profitability meter of miners increase proportionately with a hike in difficulty level. This also holds true in the case of diminished profitability as the number of miners increase the level of competition. Bitcoin Mining has taken the shape of an extremely challenging profession over the last half-decade making it pointless to mine the same using graphics card or computer. Application Specific Integrated Circuits or ASIC dedicated machines are being used by the bitcoin miners for mining bitcoins in present time.

Bitcoin mining was the process of earning free bitcoins by providing some computing services. But as suggested that bitcoin mining is not feasible anymore, a crypto enthusiast can simple buy bitcoins and hold it.

Various online Bitcoin exchanges exist which offers buy/sell of bitcoins.  A user just need to visit their online platform, do necessary registerations and buy bitcoins. The purchase transaction can be entered into by wire transfers, debit and credit cards, other crypto-currencies and hard cash money as well.

Bitcoins ATM’s are also another option, where a user can simple insert cash into the machine, enter the bitcoin wallet address and receive bitcoins. Several countries such as Canada, US, UK,Austria, Spain, Finland etc. have fully-functional Bitcoin ATM’s to cater to the crypto needs of its population. 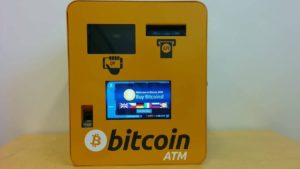 Advantages Of Bitcoin Mining As Compared To Buying Bitcoins

Advantages of Buying bitcoins As Compared To Bitcoin Mining

Bitcoin Mining and Buying Bitcoins, these two sides of bitcoin bring along their own advantages and disadvantages. But given the technical requirement, it is not possible for every layman to start with bitcoin mining. Untill and unless, one is not technically sound, buying bitcoins would be suggested option.