by Mark
in News, Price Analysis
0

The price of Bitcoin has risen above $16,000. At this level, Bitcoin has not been traded since January 2018. 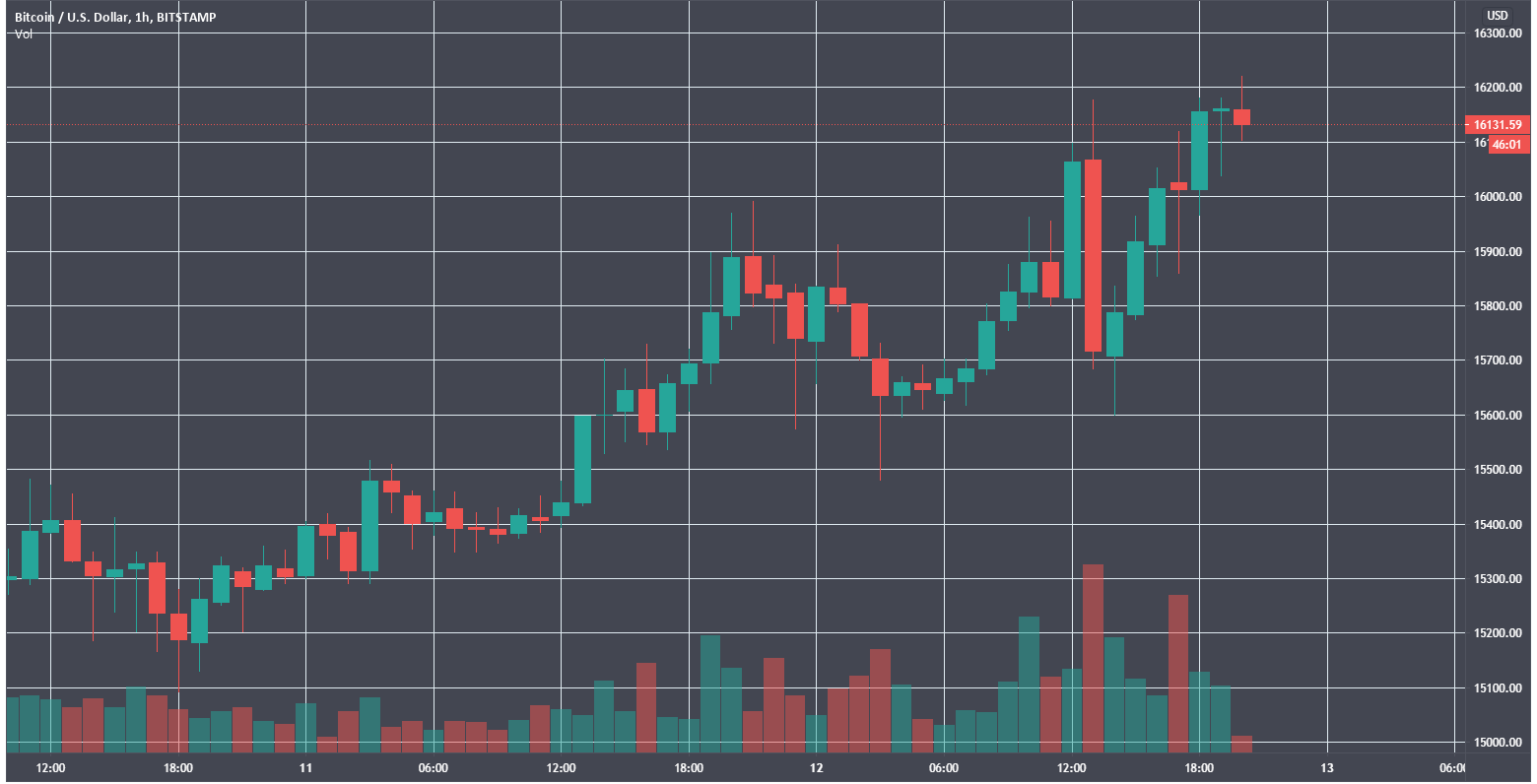 Update: Bitcoin was unable to gain a foothold at the levels reached, having rolled back below $16,000. The decline in quotations was accompanied by an increase in trading volume.

“We did it,” commented Matthew Graham, CEO of Sino Global Capital, overcoming the psychological mark.

Mike McGlone, the senior commodities strategist at Bloomberg Intelligence, noted earlier that Bitcoin could experience “parabolic” growth in 2021, similar to 2013 and 2017.

The day before, the famous crypto blogger PlanB confirmed his confidence in the Bitcoin Stock-to-Flow (S2F) model he created. On its basis, he predicts that the first cryptocurrency will reach the levels of $100,000 – $288,000 by December 2021.

In response, Eric Wall, IT director of cryptocurrency hedge fund Arcane Assets, offered him a $1 million bet. He is confident that S2F will “break” by 2025. Any proponent of the model can take up the challenge, Wall said.

Popular analyst Willie Wu believes that Bitcoin is at the very beginning of a new bullish rally. He came to this conclusion based on the chart of the RSI (Relative Strength Index) indicator of Bitcoin, which, in his opinion, is only gaining momentum.

Green circle denotes where we are in this macro cycle. Start of the main bull run (in case it isn't already obvious).