by Mark
in News
0

The price of Bitcoin (BTC) has broken the $17,000 level, refreshing 2020 high. The chart below shows a jump in price against the background of a surge in trading volumes. 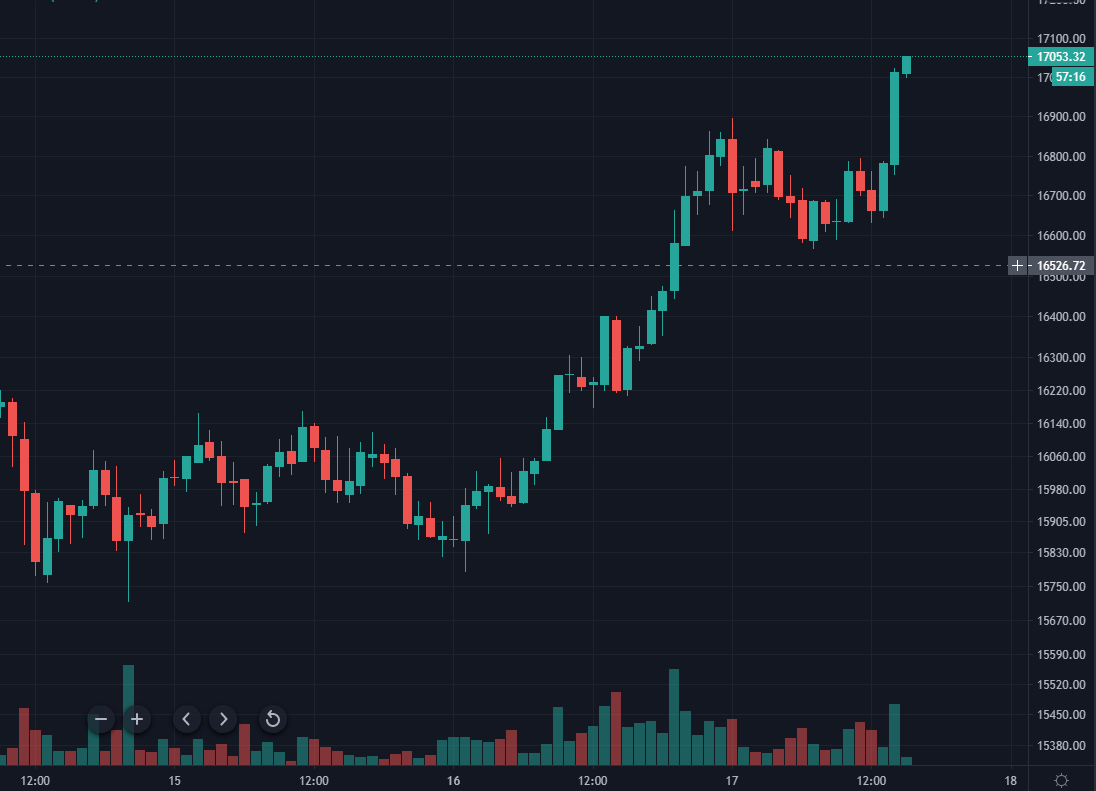 Update: The “printing press” of the Tether stablecoin has revived. Among the recipients of the new issue is the Binance cryptocurrency exchange.

Bitcoin’s rise revived the rest of the market as well. This is what the Top 10 Crypto Assets by Market Cap look like:

Among the top 10, XRP, Litecoin, Polkadot and Cardano grew the fastest in a day. Data: CoinGecko.

The current capitalization of bitcoin is $ 315.4 billion, the dominance index is 64.1%. The price of digital gold at the time of writing is $ 17,025 (Bitstamp exchange). Bitcoin was last traded at such a high level in January 2018. 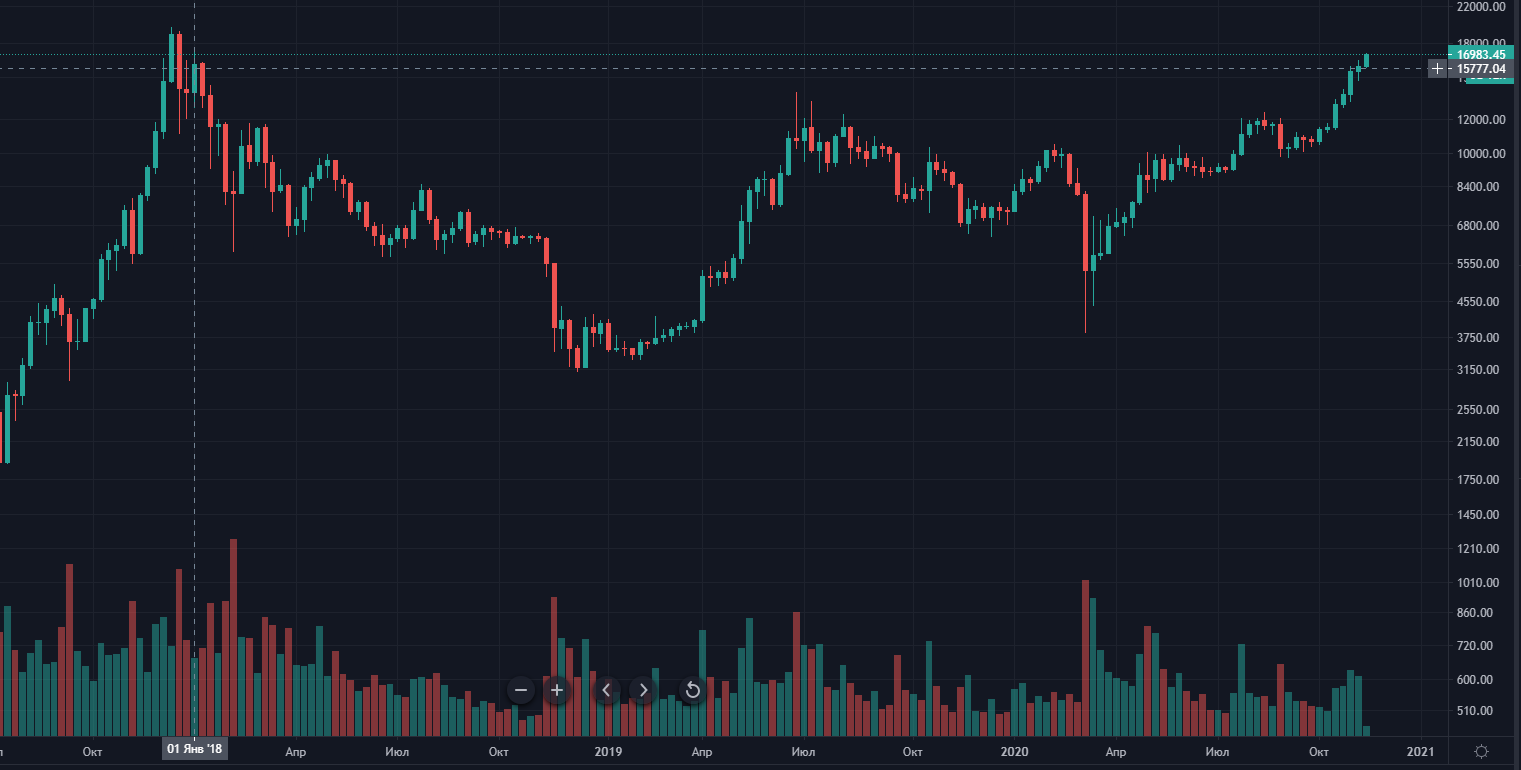 According to the observations of The Block analyst Larry Chermak, the price of the first cryptocurrency should rise by only $ 400 to break the record for market capitalization.

We only need about $400 more to surpass Bitcoin's market cap all-time high. Only about $15 billion away pic.twitter.com/1fHqcBm2BM

Against the backdrop of rising bitcoin, the percentage of supply of coins that have been lying motionless for more than two years has dropped to new lows.

Updated the maximum indicator of the realized capitalization of the first cryptocurrency.

Analyst Willie Wu stressed that miners have been selling much more coins per hour over the past week than a month ago – 328 BTC versus 11 BTC. Thus, the price is steadily growing despite the increased pressure from the bears.

Since #Bitcoin was at $11.4k a month ago, miners have been selling an average 11 BTC per hr at exchanges.

In comparison 214 BTC per hr has been scooped off exchanges. This is net flows of buyers over sellers.

Earlier, Bloomberg analyst Mike McGlone expressed confidence that Bitcoin’s capitalization will reach $ 1 trillion in the second half of 2021.