Blockchain Data Indicate Altcoins Have an “Edge” Over Bitcoin (BTC) in This Regard, Here Is the Key Fact

In the past two years, Ethereum dubbed as “King Altcoin” has grown from a piggy bank for ICO projects to a flourishing digital economy.

Ethereum, 2nd largest cryptocurrency by market cap, is seeing a surge in its volume and daily active addresses. This major shift is reflected in the ETH ecosystem’s terrain with the rise of decentralized finance driving huge users to the platform.

Recently, the total locked value within DeFi hit new highs of nearly $1.4 billion. However, it is not only DeFi that witnessed such a surge, Ethereum daily transaction count, a key metric indicating ETH utility just surpassed 1 million for the first time since January 2018. 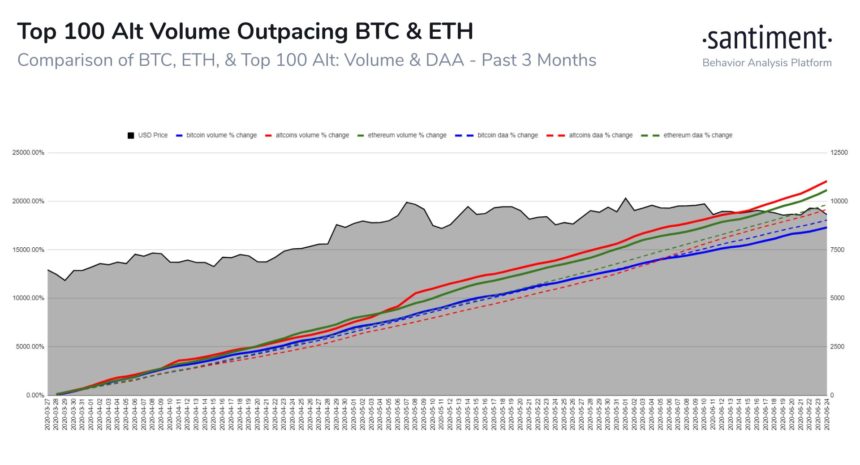 Data aggregator, Santiment gives the increase in daily transactional volume to be more than 20,000% since March 27, 2020, beating Bitcoin’s volume growth of 17,500%.

Santiment also reported a similar spike in the number of daily active addresses that refer to digital wallets transacting tokens daily. The data aggregator noted that Ethereum’s active wallets spiked by just below 20,000% since March 27.

Concurrently, Bitcoin’s surge in active wallets fell shorter than that of Ethereum while cryptocurrencies within the top 100 Altcoins range outperformed both Bitcoin and Ethereum in daily transactional volume as indicated by Santiment.

As Ethereum recorded a huge spike in its daily transactional volume driven by DeFi hype, other Altcoins ranked higher on their on-chain Metrics.

Santiment reported that averagely, the top 100 Altcoins by market capitalization saw higher volume than Bitcoin and Ethereum. However, Ethereum still took the lead in the surge of daily active addresses.

Compound COMP, for instance, recorded an incredibly high on-chain activity in which Glassnode indicates that there are currently 6,000 token holders and more than 3,000 active addresses buying and selling COMP daily. 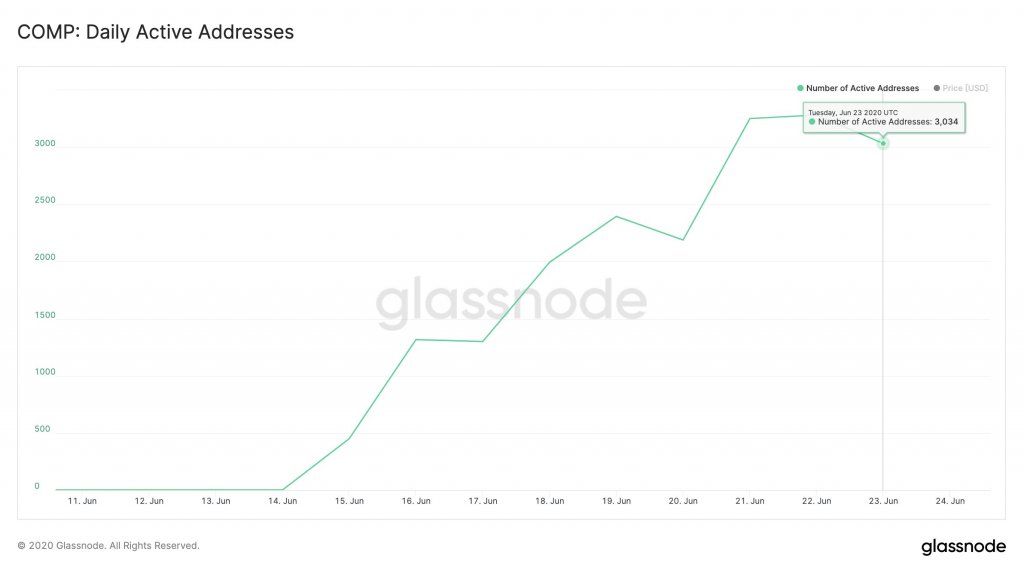 Based on antecedents, Santiment indicated that steady growth in Altcoin market volume normally spurred these assets, Ethereum included, to forge a top.

“When Altcoin volume begins rising swiftly, local tops have tended to form,” it said on Friday. “Despite the avg. Altcoin volume rising faster than ETH, the [daily active addresses] rise for Ethereum has outpaced the [altcoins]. This could be a sign of long-term bullishness for ETH.”

This seems to follow the general belief which correlates a surge in on-chain activity with increasing demand which may thereof imply that a capped supply of these Altcoins would always push up their market value as long as utility increases.

This is a general assertion, but in the previous year, analysts saw a clear divergence between ETH utility and ETH price.