Here is a heatmap for countries with most number of blockchain developers in 2018:- 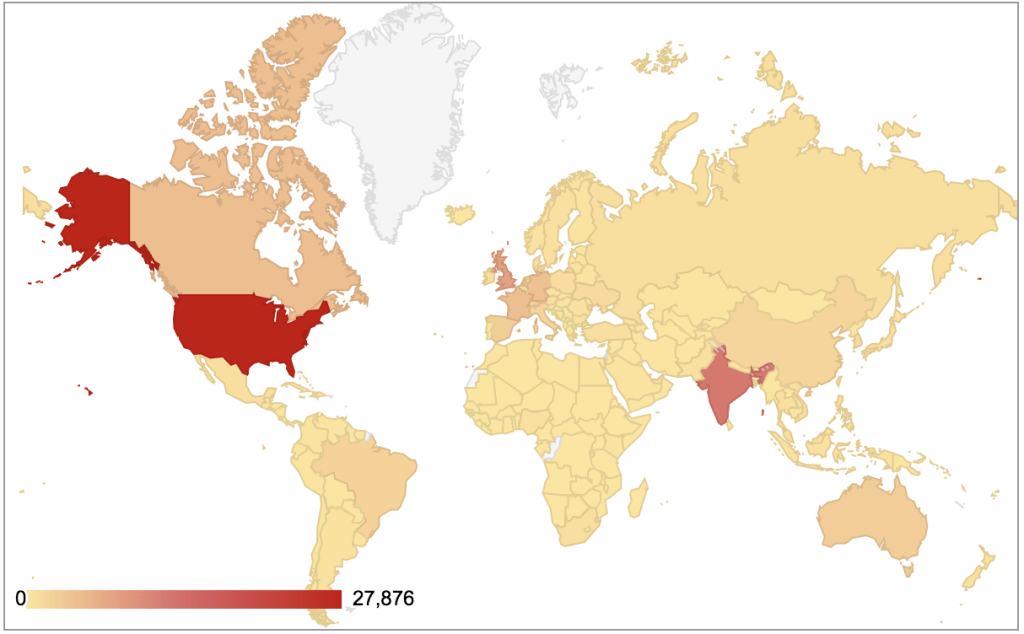 Here is the heatmap for the world blockchain developers by country, relative to population size, 2018:- 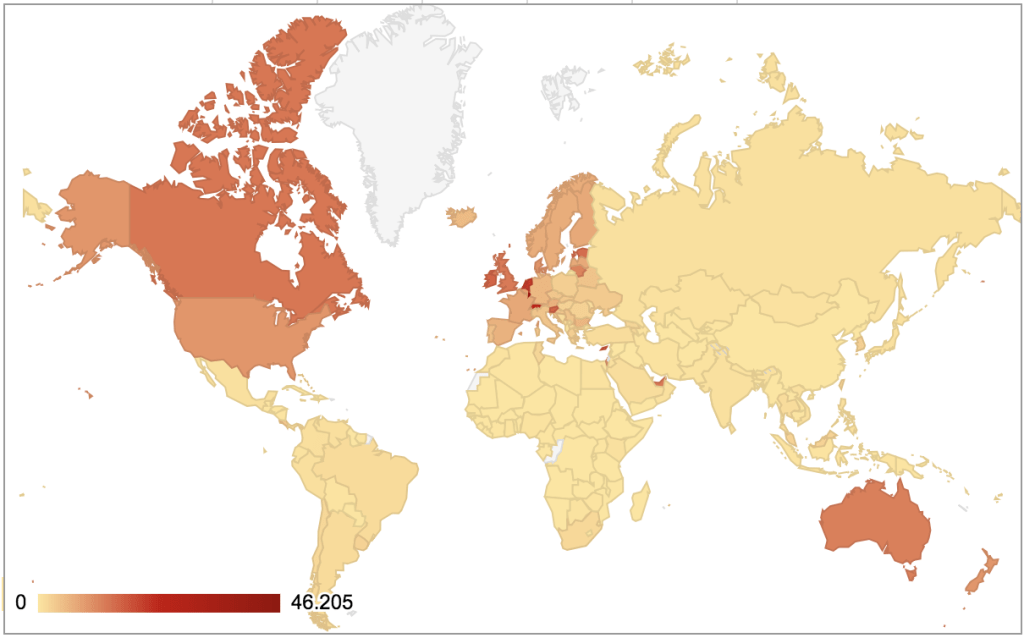 To derive the result, parameters such as social networking and job website postings for Blockchain, Ethereum, Solidity, Bitcoin, and Hyperledger developer profiles have been analyzed; along with the relative saturation of blockchain developers per country. Notably, both the analysis delivers a different set of countries taking leading positions in the ranking. The report further elaborated other insights including full global ranking as well as heatmaps for the world, Europe and Asia.

Get latest blockchain news and updates on KryptoMoney.com