by Tomiwabold Olajide
in General, News
0

Tether, 4th largest cryptocurrency by market cap, converts cash into digital currency, to anchor or tether the value to the price of national currencies like the US dollar, the Euro, and the offshore Chinese yuan.

The blockchain dollar, Tether being a Stablecoin is 1-to-1 pegged to the dollar, so 1 USDT could be valued by Tether at 1 USD.

During the March market carnage which Bitcoin saw 50% drop in its value while the amount of Tether’s USDT in circulation increased significantly as its market cap exceeded $6 billion, with a whopping $1 billion increase within a two-week range, putting Tether as the top crypto beneficiary of the Coronavirus outbreak.

Ahead of Bitcoin halving which is one of the most anticipated events in the crypto space, the market capitalization of USDT is seen to be on the rise. In the past week, Tether USDT had its market cap exceeding $7.5 billion, surpassing XRP’s figure of almost $5.5 billion within the time frame.

The coronavirus epidemic which increased the demand for dollar amidst investors may have contributed to its increasing demand with the concerns of an imminent dollar scarcity.

The crypto market has seen skyrocketing demand for Tether and other dollar-linked Stablecoins, led by Tether (USDT), the total circulating supply of Stablecoins increased significantly this month to almost $9 billion, rising from lower than $6 billion recorded in early March.

Ahead of Bitcoin halving, there are speculations that witty crypto investors might use newly minted Tether and other Stablecoins to fund Bitcoin bid thereby increasing its demand.

A top analyst at Messari had noted that demand for Stablecoins, especially Tether USDT, was as high as it was in 2019. 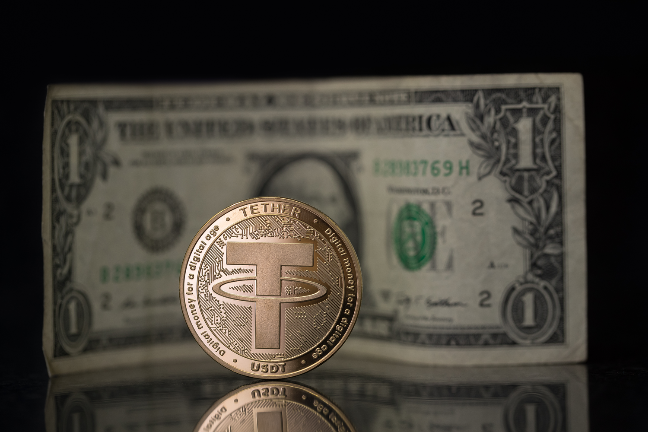 Stablecoins are known to protect traders from the market volatility linked with Bitcoin and the likes, therefore an increasing demand may indicate that traders anticipate increased price volatility in the crypto market.

This sentiment may be partly fuelled by the harsh macroeconomic situation induced by the Coronavirus pandemic. Analyst at Messari sees USDT and other Stablecoins quadrupling their growth in 2020 following an impending US dollar shortage as demand increases.

However, crypto analysts are divided on what a surging Tether demand may imply for the Bitcoin price.

An analyst, Swanepoel stated that traders are paying keen attention to the newly minted Tether USDT as historical data revealed has led to a significant rise in Bitcoin’s price.

Litecoin Co-Founder Weighs In on Stablecoins’ Impact in the Crypto Market!

Litecoin co-founder, Xinxi Wang in the latest tweet says Tether could shake up the crypto market saying that the totality of crypto market cap is now built on sands. He likens Tether to the sands. The co-founder further went on to liken the blockchain dollar to Heroin.

He foresees a scenario in which it may be impossible for Tether (USDT) to stop minting but since it is pegged to the US Dollar, the United States may determine to stop its growth and pull it down which could bring down the entire crypto market cap.

In this kind of scenario, minting more of the USDT could be precarious if Tether does not hold the exact amount of the USD in its reserves.

In Wang’s opinion, someone might assume that the valued USDT is just like a time bomb on the cryptomarket.

In the news recently, FSB (financial stability board under the G20 auspices) the latest report provided oversight recommendations to countries to re-evaluate the role of global Stablecoins, this came after Facebook’s Libra announcement, prompting some to believe Stablecoins may come under a ban soon.