Untill now, Unocoin along with other Bitcoin exchanges did not had this facility. If a perso who desired to buy bitcoin, had to first transfer the amount from his bank to exchange’s wallet via RTGS, NEFT or IMPS through mobile phones.

Those who did not knew much about Bitcoins were facing serious troubles while purchasing it. But now, netbanking facility may provide some ease and relief to new entrants in Bitcoin market.

Unocoin is regularly coming up with new facilities in order to attract users and to make it easy to buy Bitcoins via Unocoin. Various announcements are coming on a regular basis and KryptoMoney.com reports each news in order to keep our readers updated about Bitcoins.

In March end, an article was posted on KryptoMoney.com stating that Unocoin has started accepting payments through PayU Money. This is clearly to attract more users and make it easy for them to buy Bitcoins via Unocoin (click here to read the full article). Well this collaboration of Unocoin and PayU money is surely a win-win situation for both of the entities. 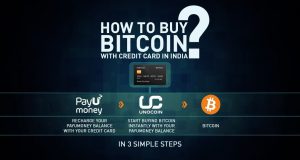 Another collaboration that Unocoin made and announced in early March was with BookMyShow.com 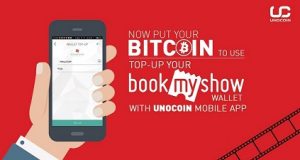 The future of Bitcoin in India which was appearing to be dark a few weeks back, is now being brighten up. Exchanges providing these kind of facilities which making it easy for users to buy bitcoins in India and most importantly Indian Government considering to recognize Bitcoins soon, is boosting the confidence of Bitcoin enthusiasts in India.

Reconsideration Of Bitcoin ETF by SEC

Reconsideration Of Bitcoin ETF by SEC