Crossing the Rubicon? This Was the Market-Wide Reaction When Bitcoin (BTC) Jumped Past $15,000

The first and largest cryptocurrency by market cap, Bitcoin (BTC) soared more than 7% on Thursday to trade above $15,000, its highest level in nearly three years. After repeated tackling of the $15,000 barrier throughout the day, BTC finally broke it to post press-time highs of $15,522.

Bitcoin has been caught within one of the strongest and long-standing uptrends seen since late 2017, showing few signs of slowing down anytime soon amid a nail-biting U.S. election that is yet to deliver any decisive results.

“Bitcoin comes out stronger after each challenge, People are looking at Bitcoin as a store of value and inflation hedge.”

If Bitcoin continues its climb, it may not be long before it finally tops the all-time high of nearly $20,000, reached in December 2017. With Bitcoin just a stone’s throw away from its all-time highs, many prominent Bitcoin personalities noted that it was high time for the flagship asset to make a decisive move.

“Now entering what is called the ‘moment of realization’ for #Bitcoin,”

This Was the Market-Wide Reaction When Bitcoin (BTC) Broke $15,000

Reacting, Bill Noble, chief technical analyst with research firm Token Metrics stated “Nothing is stopping it from going to 2017 high, Everybody is afraid to miss out, and that drives the price.”

“Not only is $15,000 going to happen, but I stand by my predictions from the beginning of the year that [Bitcoin] will see all new highs before 2021,”

An analyst noted that the steep uptrend coincides with several familiar metrics and on-chain data points seen in 2017, stating three reasons why an upside move is more likely. First, a post-halving cycle comes into play, Second, the relative strength index (RSI) shows room for a bigger rally. Third, the rally is not overheated, at least in the derivatives market. 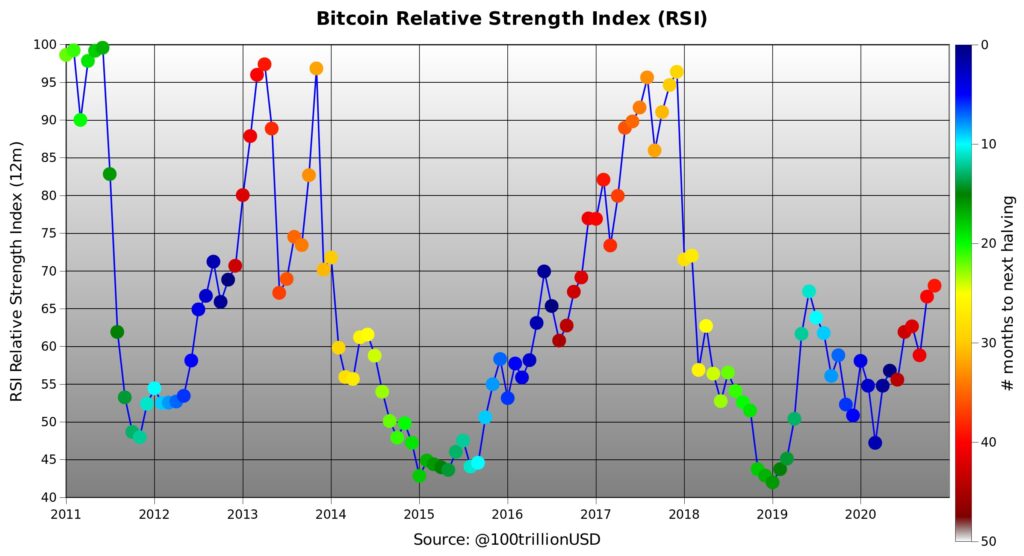 One analyst noted that In the near term, $16,000 remains the biggest hurdle. However, a glance at the strong high time frame chart of Bitcoin indicates that there is no real resistance above $16,000 to the all-time high at $20,000 which makes the road to a new record-high increasingly likely.

Analysts note that the lack of any serious high time frame resistance above $16,000, tempered sentiment amongst investors, and lack of retail inflows coupled with more stimulus expected to pass in the U.S. may bring BTC near its 20,000 ATH.

Although Bitcoin may eventually see a pullback as traders take profits off the table, there’s a strong possibility that further upside is imminent. On a final note, pseudonymous analyst PlanB added “I have seen this show before,”, referring to the bull runs of 2013 and 2017.