With the major rush in Bitcoin prices creating new all-time highs almost every day, people have almost forgot that two hard forks are awaiting round the corner. The few who are enlightened about the recent course of events are rooting for SegWit2x however one must not look down upon Bitcoin Gold either as it houses the tremendous potential of emerging as the glorious underdog. But the million dollar questions surrounds the debate regarding “Which exchanges and wallets will support this fork”?

As of now, NO official confirmation has been received regarding the same which has heightened the confusion furthermore. Given the fact that only 10 days are left for the hard fork, there is plenty of work remaining undone in the said field.

Not much time has passed since the 1st August hard fork giving birth to Bitcoin Cash. In such a vulnerable state of market, coming ahead with another had fork surely is not the wisest thing to do thus paving the way for deep rooted controversies. BTG does not satisfy the general public with complete disclosure of information. This is the main reason why much support cannot be found in favour of this yet to be launched altcoin.

Investors are not sure regarding which avenue to undertake for obtaining the Bitcoin Gold. Irrespective of its 25th October launch date, the lack of support is quite depressing. BTG should not cause much surprise among people however only a bleak section of the pro-cryptocurrency population wants to deal with it presently. This airdrop will not benefit investors other than providing free coins which do not have any associated value presently. Not a single service provider want to get associated with the Bitcoin Gold. The cryptoform’s website is also not being of much help with incomplete information. The number of people jumping onto the BTG bandwagon is painstakingly low and given the recent run of events, it is quite understandable.

The altcoin industry is already burdened with unnecessary garbage. A brand new entrant surely wont rain in much benefits. Bitcoin is here to stay as the world’s leading cryptocurreny form come what may. No doubt Bitcoin also houses considerable flaws but the digital token industry cannot challenge Bitcoin with any worthy opponent presently. Given the fact that change is a part and parcel of life, the numero uno position occupied by Bitcoin might shift gears in days to come but the probabilities of Bitcoin Gold stealing the same is considerably bleak as of now.

As in the case of BCH, before the launch, a list of exchanges and wallets supporting Bitcoin Cash was already provided. But as of now, there is no such information for Bitcoin Gold. 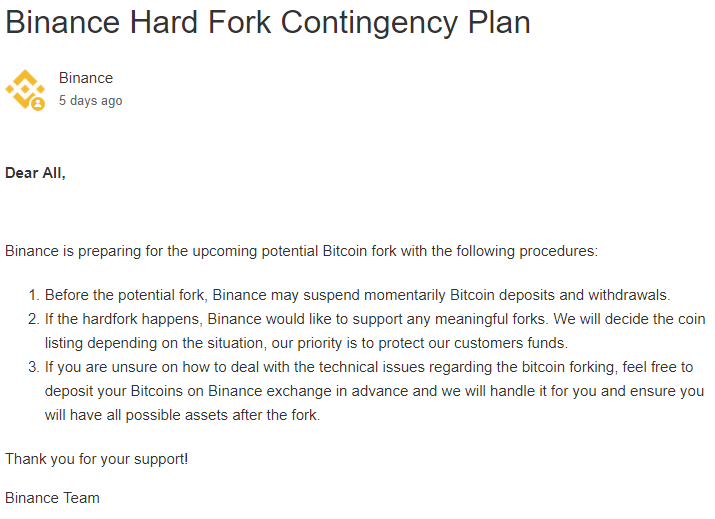 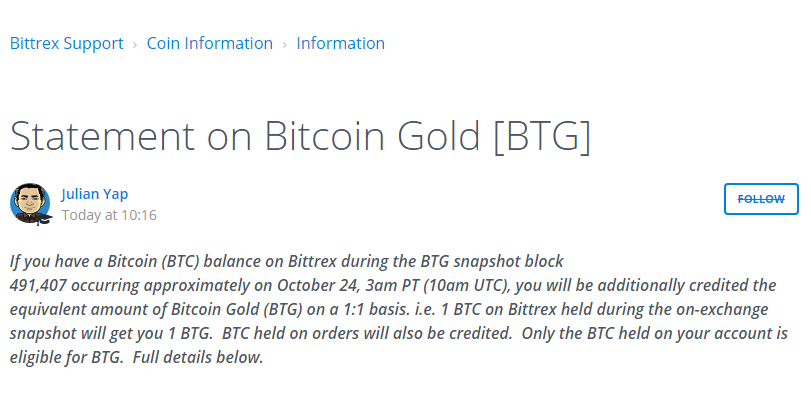 Today as on October 22, one of the biggest Crytpocurrency exchange, Bittrex announced that it will support.

Users holding Bitcoin on Bittrex on October 24, 3am PT (10am UTC), will be credited Bitcoin Gold in 1:1 Ratio. Bitcoin held for orders will also be counted in Bitcoin Balance.

Bittrex has announced that it may credit the users wallet with Bitcoin Gold, however, it won’t start the trading of Bitcoin Gold as of now. Bittrex will not commit to opening a Bitcoin Gold trading market.

As on 24 October, 2017 Poloniex, another biggest cryptocurrency exchange announced that it will not support Bitcoin Gold. Poloniex also mentioned that they cannot commit on the the distribution of Bitcoin Gold Tokens as well.

Poloniex reasoned that they cannot be certain about the security and stability of the software, nor the state or health of the network prior to launch.

KryptoMoney.com publishes latest news and updates about Cryptocurrencies, Bitcoin and Blockchain Technology. Subscribe to our newsletters and join our Telegram Channel to stay updated.

Why Ethereum Can Be A Better Option Than Bitcoin ?

Litecoin Becomes The Showstopper Of The Latest Crypto Craze

Litecoin Becomes The Showstopper Of The Latest Crypto Craze