March 13th, also referred to as ‘Black Thursday’ will always linger on in the minds of many in the crypto space for a reason. On this historical date, Bitcoin shed almost 50% of its value dramatically. The fall which begun from the $9,000 levels gathered momentum on March 12th. On March 13th, Bitcoin hit bottom lows of almost $3,800.

A similar narrative played out in the first week of September as major cryptocurrencies, Bitcoin (BTC), and Ethereum (ETH) saw a huge decline below $11,000 and $400 respectively. The majority of the crypto market also tumbled down in a broad-based market sell-off.

Bitcoin selloff came after it tested $12,000 earlier in the prior week to further cascade down to sub-$10,000, leaving many astonished as it flipped its bullish sentiment. This has spurred many to draw an analogy between this recent correction and that of March. 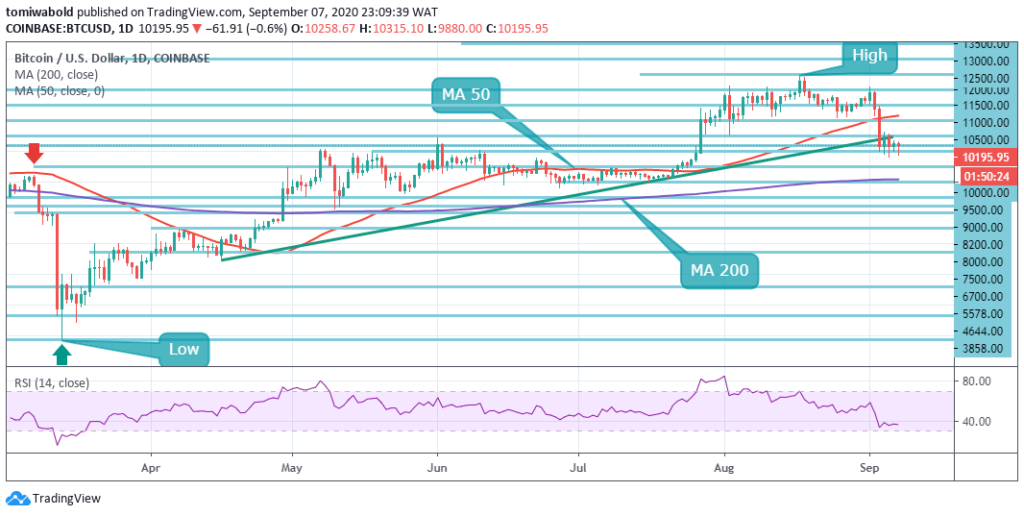 Bitcoin (BTC) and the majority of Altcoins are in the red at the time of writing.

Why the analogy between this recent correction and that of March may be essential is to rule out the possibility of a huge market crash as seen in March when millions of contracts were liquidated.

The good news is that a recent analysis of Bitcoin derivatives indicates that the current state of the market is different from that in March. It noted that traders are doing one thing differently now from that of March which is deleveraging and being more calculated in their sentiment.

A crypto analyst who goes incognito as “Z,” noted that unlike afore times, traders were quick to deleverage their positions during a plunge lower to forestall a brutal crash like that seen in March.

Other analysts also noticed the suppression of risk-on appetite in this sector. 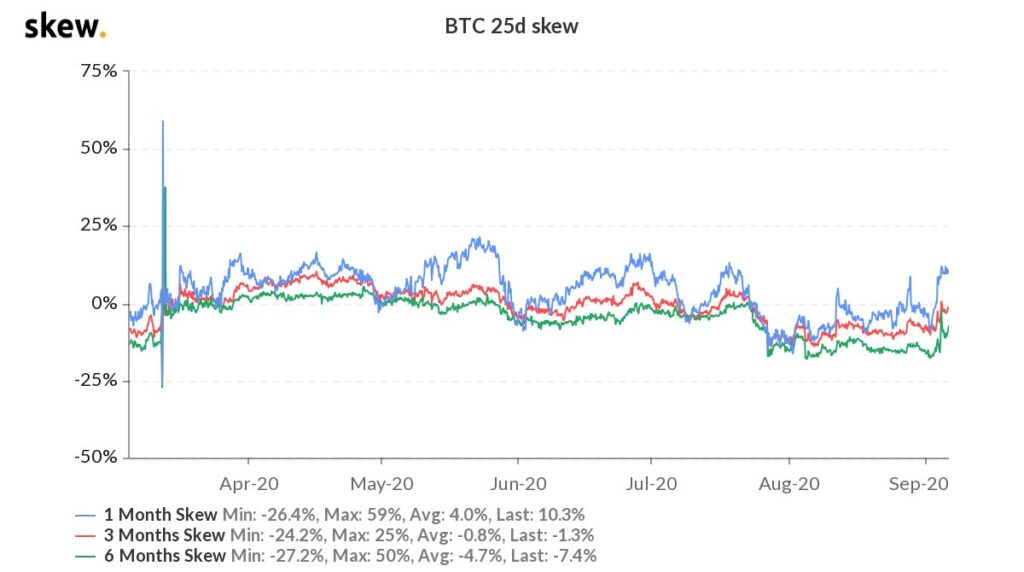 Bitcoin’s “25-day skew,” which monitors the positioning of options traders, has been lying beneath 0% in the last few months, which is different than the historical trend:

“At prices near $12k, this is some of the highest change we’ve seen in put-buying as people are bracing for a move down. Historically, BTC skew has always leaned positive.”

This negative skew indicates that unlike before, traders were likely weighing the chances of a further drop rather than being rigid with an unyielding bullish bias. Data also indicated a gradual deleveraging of positions worth $1-1.5 billion when Bitcoin plunged further.

Another analyst noted that for the second-largest asset Ethereum, a similar scenario played out as seen in a swift reset in the ETH open interest during this recent crash, indicating that now neither longs nor shorts are overleveraged.