What Is ICON (ICX)? A Beginner’s Guide To ICON Cryptocurrency

ICON is a blockchain platform that connects various platforms such as Bitcoin, Ethereum, NEO, QTUM and Ark via smart contracts. ICX is, on the other hand, a token used on the ICON platform. The ICX token also enables transactions between different cryptocurrencies by determining their exchange rates through the DEX Reserve. The ICON project wants to “Hyperconnect the World” by “building one of the largest decentralized networks in the world.”

ICON was founded by the Dayli Financial Group, a $4 billion organization, in 2016 and many of its team members have worked for the company in the past. The Dayli Group also owns the Korean exchange Coinone.

ICON does not dally with communicating its aim to “hyperconnect” the world. Right off the bat, the abstract in their whitepaper informs the reader of ICON’s attempts to overcome the challenges of our data-heavy world through the power of blockchains. 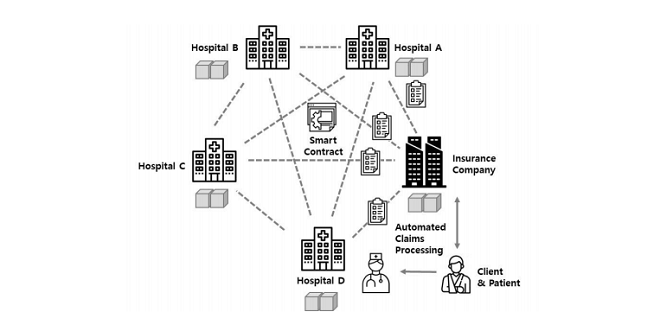 The company likes to use the medical and insurance sectors as examples of the practical application of ICON. When an individual visits the hospital for medical services and wishes for the treatment to be covered by his insurance, a hospital on the ICON network can send the patient’s details associated with the blockchain ID to the insurance provider, who is also on the ICON network. This transaction will occur using ICON tokens, “ICX”

How Does ICON Work?

ICON’s platform is best thought of as a blockchain of blockchains. Independently-governed blockchains, that can function by their own rules, can operate on the ICON platform to work with each other. While in a Nexus (explained shortly), they will have to abide by certain rules, but they will still have governance over their individual blockchains. Think of them as independent states, with their own rules, working at a international level when they must cooperate with each other.

These independent blockchains connect to each other through the Nexus and have equal voting rights. The Decentralized Exchange that ICON offers will let them trade with each other through the common token, ICX. Every node has equal rights and have a say in the adjustment of ICX transaction fees. These Community Representatives (“C-Reps”) are compensated for maintaining their community’s blockchain with ICX tokens. 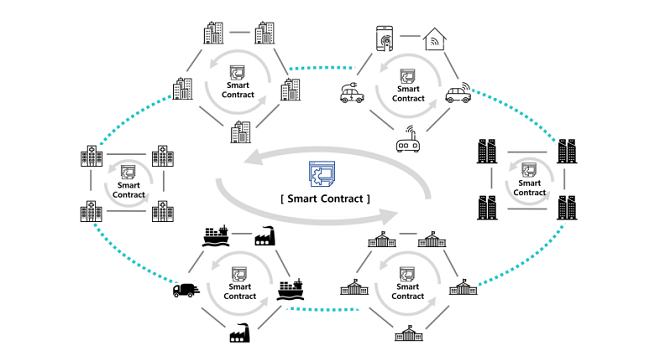 To keep it simple, the Nexus and loopchain are the space where different ledgers can talk, and the tokens are the mics with which they can communicate.

This system gives ICON the potential to become the largest and most scalable blockchain in the world. It is a way of letting blockchains do what they want, while also leveraging the capabilities of other blockchains in one unified platform. It is a solution to a higher level problem.

Components of the ICON network

The ICON network is made up of the following five key participants:

Independent blockchains that can operate with their own consensus algorithms and governance practices. Examples of communities given in the ICON whitepaper include: Financial institutions, governments, and even the Bitcoin and Ethereum protocols. Each community has its own blockchain, with no limitations placed on how different each community can be from another.

C-Nodes make up the communities described above. Anyone from individuals to institution can run a C-Node within their chosen community.

C-Reps are selected nodes/individuals who have been chosen by their community to represent them. To qualify as a C-Rep, a node’s contribution to the ICON network is first assessed via its IISS (ICON Incentives Scoring System) score. A minimum score must be achieved to be considered for a C-Rep position.

ICON Republic Is the centre of all the different communities. It is comprised of the C-Reps chosen by their respective communities to represent them. Governance decisions are determined by the voting of C-Reps. ICON Republic operates on the Loop Fault Tolerance (LFT) consensus algorithm.

Citizens nodes are also part of the ICON Republic, but they are devoid of any voting rights. Participating of Citizen nodes occurs through the decentralized applications (DAPPS) created on Loopchain, more on this later.

There are four methods of connections that can be made on the ICON network:

Can ICON (ICX) Coin Be Mined ?

No, ICON Cryptocurrency (ICX) cannot be mined as the network will make use of DPOS, which is delegated proof of stake, similar to what Ark has securing its network.

How To Buy ICON Cryptocurrency ? From Where to Buy ICON (ICX)?

ICON, or ICX tokens are listed and can be purchased from the following list of cryptocurrency exchanges:

How To Buy ICON Cryptocurrency In India?

You can download the official ICON wallet here :- https://chrome.google.com/webstore/detail/iconex-beta/flpiciilemghbmfalicajoolhkkenfel?hl=en

Also, since ICON (ICX) is based on Ethereum Blockchain, ICX tokens can be stored in any ERC-20 Token compliant wallet.Some of the ERC-20 compatible wallets are:-

The ICON project has bifurcated it’s team in the following departments:

ICON team comprises of around 45 members each having different roles in the above mentioned departments. ICON also has a good board of advisors which includes:

ICON is one of the earlier platform to combine the benefits of Blockchain Technology and Artificial Intelligence. ICON, is also considered to be the key competition to Ethereum, when it comes to smart contracts and blockchain platforms.

ICON’s whitepaper suggests ICON can easily be adopted in various industries such as:

Also, ICON platform enables individuals and entities to use Blockchain I.D on the ICON platform for identy verification and enhanced security measures.

ICON’s Decentralized Exchanges (DEX) is also an icing on the cake when it comes to the overall evaluation of ICON project. Considering the recent scams and hacks on centralized cryptocurrency exchanges, DEX or decentralized exchanges are surely the future of cryptocurrency trading.

When it comes to price, there is a lot of room for upward movement. Those who missed Ethereum and NEO’s ride in 2017, they should not miss ICON.

Top Reasons Why India Needs to Have An Active Cryptocurrency Economy

Top Reasons Why India Needs to Have An Active Cryptocurrency Economy