IOTA Price Analysis: Despite a Crippling Hack Attack, IOTA(MIOTA) Kick-Start to Stay Afloat Past the $0.20 Level

IOTA Co-Founder, David Sonstebo, to Proffer Compensation to the Victims of the Hack Attack

As at the time of writing, IOT/USD is changing hands at $0.1973, largely unchanged daily; although IOT/USD has lost more than 40% of its value in the meantime, given the technical woes as reported on Kryptomoney.com, the coin is still 25% higher than the levels recorded at the start of the year. It took IOTA nearly a month to fix after a crippling hack attack exploited a flaw in the Trinity Wallet and forced users to lose about $2 million, forcing developers to effectively suspend the network to avoid more losses until the issue was resolved. In particular, David Sonstebo, co-founder of IOTA, proffer compensation to all users who lost money because of the hack attack.

*IOT/USD kick-start to stay afloat past the $0.20 level
*IOTA co-founder, David Sonstebo, to proffer compensation to the victims of the hack attack
*The coin is still 25% above the levels recorded at the start of the year 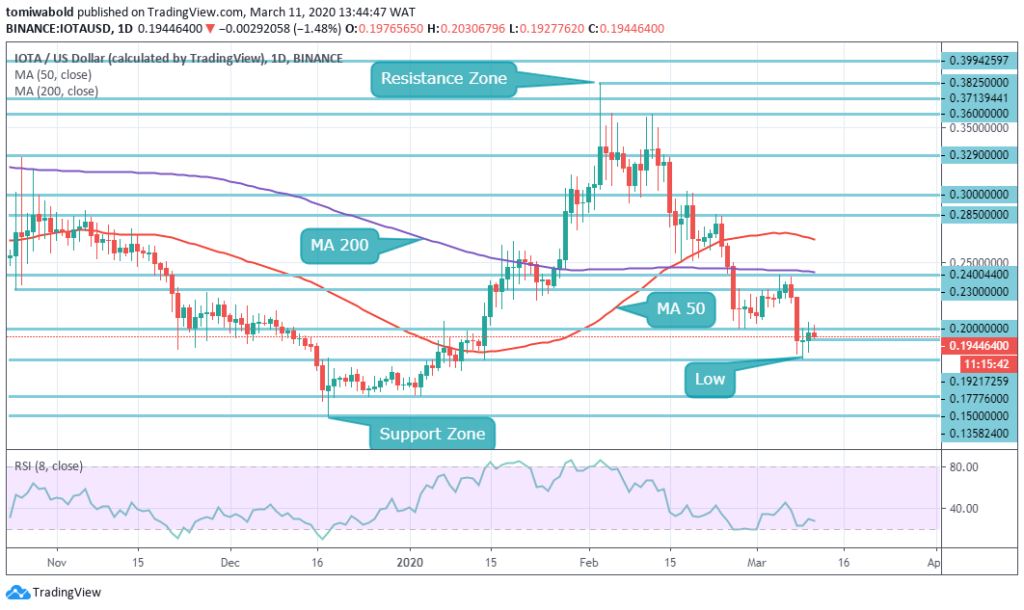 Taking into account the RSI on the daily chart has started to reverse from the oversold zone, the upside scenario seems likely; however, to alleviate the initial bearish pressure and pave the way for further recovery we may require a sustained momentum past the $0.2000 level.

Once that hurdle is out of its path, the upside is likely to gain momentum at $0.2300 level with the next target on even stronger resistance. On the downside, the level of $0.1777 provides initial support. If this obstacle gives way, the sell-off may be extended to a low level of $0.1500 in the near term and a low level at $0.1358 of December 2019. 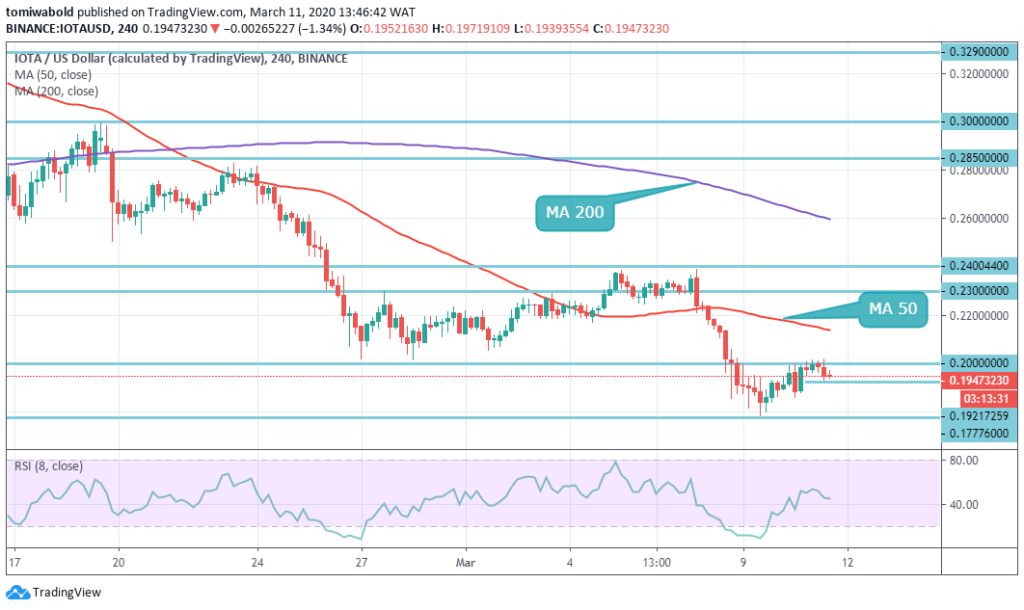 From a technical standpoint over the four hours, on March 9th, amid significant crypto-currency losses triggered by global risk aversion, IOTA hit the bottom at $0.1777 level, while during today’s trading, IOTA hit an intraday low of $0.1930 as at early European hours and recovered to $0.2020 during the time of writing.

IOT/USD is trying to stay afloat past the level of $0.20 as MA 50 functions as a magnetic line attracting prices up to the level of $0.2150, this scenario usually indicates that an over-sold area technical correction may be in progress. This could open the way to $0.2300-$0.2400 levels (the upper limit of the January consolidation channel) and the psychological $0.3000 level if it continues at the level of $0.20 while significantly increasing the pressure to reduce the downside and improve the technical situation in the short term.