IOTA Price Analysis: IOT/USD Consolidate Price After Latest Recovery With a Released Update to IOTA Plus

The IOTA price consolidates with the rest of the crypto-assets. At the beginning of the week, uncertainty returned and bleeding began. Today has witnessed across the board steady and gradual market consolidation. IOT/USD is trading at $0.1150 after a value rise of over 3 percent over the last 24 hours. Thus stability is taking center stage, although IOTA has rectified from a $0.1242 intraday high. The present trend may be giving the upper hand to sellers but the uncertainty stays strong. IOTA developer Marlon Morales released an IOTA Plus Update. The tangle-based IOTA Plus application allows users to get paid to test computer games and IOTA Plus provides a free, open and 100% anonymous application.

*IOT/USD is trading at $0.1150 after rising more than 3% in the past 24 hours
*IOT/USD consolidate price after the last recovery
*IOTA developer Marlon Morales releases update for IOTA Plus 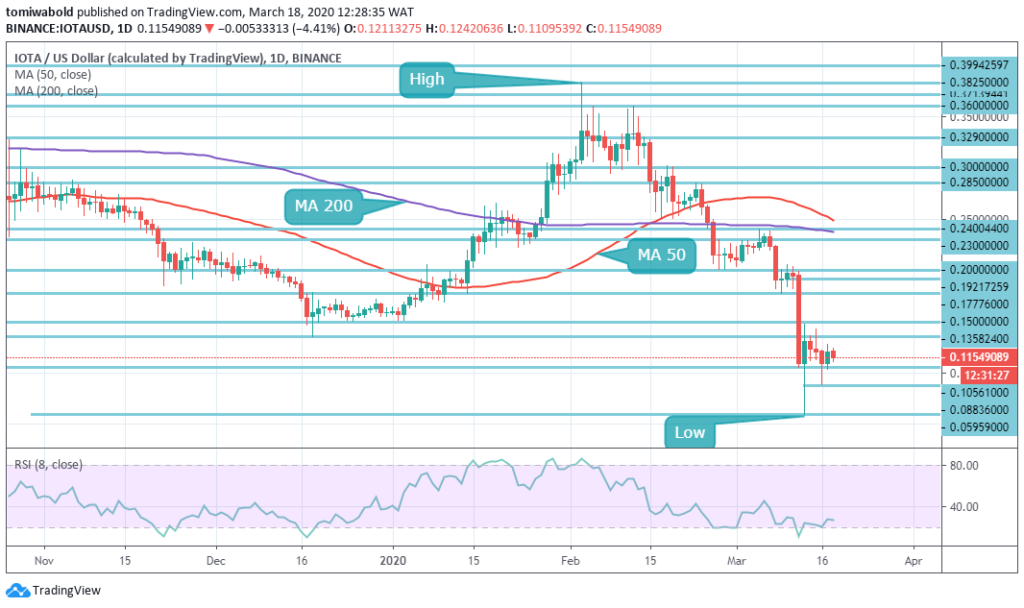 The technical chart focuses on the major downtrend IOTA is facing during the market’s overall bearish momentum. IOTA has managed to regain its price level of $0.1056 during the market recovery. It is important to note that, given the losses, after recovering from $0.0595, IOT/USD was relatively stable.

IOTA continues to fuel a $0.1056-level uptrend of the recent confluence zone; which started after last week’s price dip to $0.0595 level. The initial reflex reversal from the acute losses first spiked marginally toward the level of $0.1479. The momentum was unsustainable however, allowing bearish action to take center stage in the last few days. 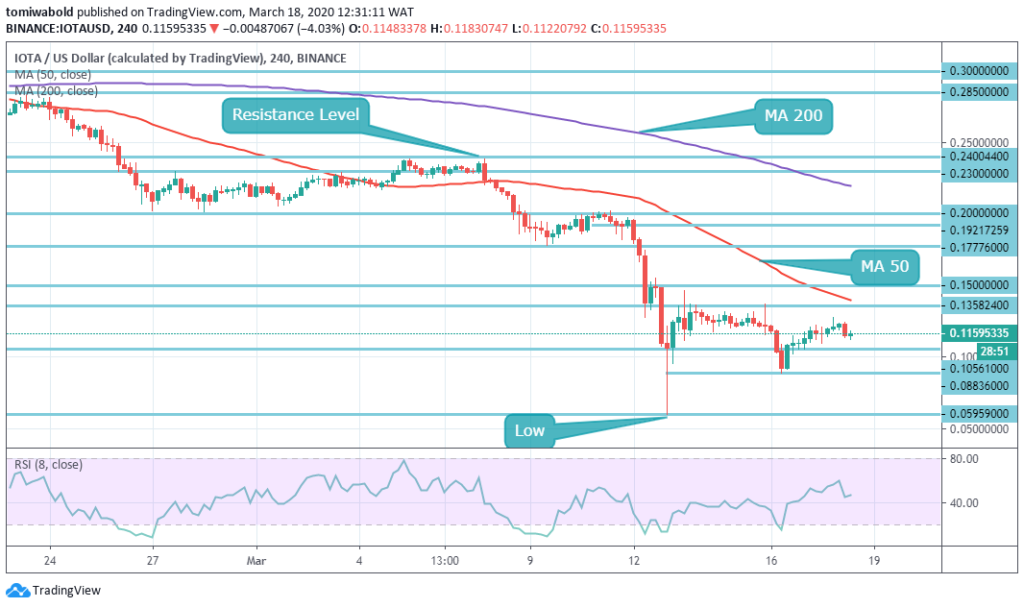 The Altcoin slipped from $0.1242 to $0.1122 low intraday price level at the time of publishing. The near-term support level of $0.1056, however, is likely to keep the price mark intact as the overall recovery followed in the market received the much-required boost for the altcoin beyond $0.10 level.

The coin also confronts a net loss of -23.56 percent with a $320,628,560 market cap and a $14,254,243 volume traded. Observing the RSI, the bears are in the driver’s seat but a sideways trend will likely take over. Whether the technical scenario stays the same or increases in the next sessions, there may be a potential for more upward action.