by KryptoMoney
in News, Press Release
0

Bitcoin Press Release: RegTech Startup is building a blockchain platform to ease the processes of identity verification and sharing across business and consumer markets globally.

January 15th 2018, Singapore, Malaysia – In the fast-moving 21st century with a 7 billion strong population — accessing any consumer service requires identity information — signing up on websites, ecommerce checkouts, accessing private properties, buying bitcoins, or gettings loans! However, this incautious sharing of Identity bring many problems for both the consumers and the businesses.

The Problems with Identity Verification

Identity Fraud: As per the data compiled and fact checked from , the world is losing  up to $200 Billion in Identity Fraud every year, and more than 4 Billion data records were stolen globally in 2016 alone.

Data Breaches: When the data is stored in central databases with authorities or businesses, it is susceptible to mass data breaches. It is not just random websites on the internet that are compromising people’s data, even some of the world’s major brands have suffered mass data breaches. The list includes popular names such as Uber, Yahoo, Adobe, Sony, JP Morgan, eBay, Zomato; the government databases are no exceptions either. In India particularly, Aadhar has suffered multiple massive data breaches, compromising the most sensitive personal data of millions of Indian citizens. Other key government enterprises including DRDO, ISRO, RBI, EPFO, SBI, BSNL, and several others have faced data breaches as well.

Time & Cost Inefficiency: Current Methods of Identity Verification are too slow and inefficient for both consumers and businesses — taking the cost of verifying identities to near $100 billion a year. The laws relating to Cryptocurrencies in India are so stringent, that the Exchanges have to spend millions of dollars performing KYCs, which inconveniences the consumers by having to wait for multiple days before they can actually start trading. At new

Decentralization: Storing the data in a centralized database makes the identity information susceptible to mass data breaches or misuse in the hands of the concerned authority (such as selling your information to advertisers without your explicit consent). Blockchain  Technology allows for this information to be stored on a public ledger in an anonymous manner with no authority having singular control over this information.

Easy Transaction: A unique easy-to-remember 8-digits alphanumeric  ID that can be shared globally with anyone to allow seamless sharing of identity information in a secured manner without requiring to repetitively provide the same information over and over again.

Mandatory User Consent:  The identity holder should always be in charge of how and where their identity information gets shared. Any transaction of Identity cannot occur between two parties without the explicit consent of the Identity Holder.

Time & Cost Conservation: The cost for new customer acquisition and identity verification comes down since the same processes do not have to be repeated over and over again. The time spent in performing multiple signups, gathering and verifying identity information also reduces significantly. 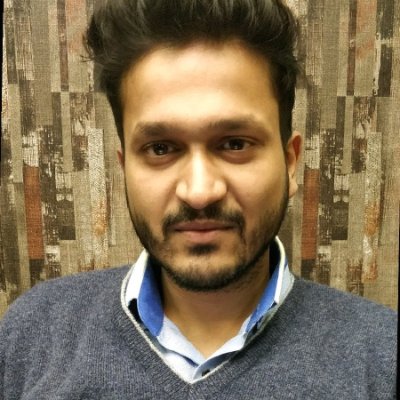 “Identity verification has been one of the biggest concerns in the last decade globally because of the costs and risks involved in the process. I started exploring the identity space in 2015 when i discovered that my email ID got hacked in a mass data breach.The idea behind Velix.ID has always been to make it safer and more efficient to share & verify identities across the consumer markets. As a consumer, I shouldn’t have to wait for days for the business to verify my identity before I can start accessing their services; it is a loss-loss situation for both businesses and their customers”