New to Cryptocurrencies? Here Is What Every Bitcoin User Should Bear in Mind When Transacting BTC

The first and largest cryptocurrency, Bitcoin price rose from $7,250 in early 2020 to a record high of $41,986 on January 8, 2021. This jump has resulted in investors receiving 303% returns on their Bitcoin investments in 2020. These returns significantly outperformed those of market indicators such as the S&P 500, Nasdaq Composite Index, and gold.

Apart from the high returns that Bitcoin and other cryptocurrencies have offered throughout 2020 and continuing into 2021, institutional investors are seeking to use Bitcoin to hedge risks from other assets in their portfolios that have a low correlation with cryptocurrency markets.

Publicly traded companies now hold over $3.6 billion value of Bitcoin, up 400% over the past 12 months, according to a study by researcher Kevin Rooke. In 2019, the portfolios of these companies barely had 20,000 BTC, and now the number has grown to 105,837 BTC, with the largest holders being MicroStrategy, Galaxy Digital, and Marathon Patent Group.

Here Is What Every Bitcoin User Should Bear in Mind

Bitcoin Is Becoming an Increasingly Attractive Store of Value and Safe-Haven As Fear of Inflation Continue To Intensify: Institutions are currently getting involved in the Bitcoin market as some expect Bitcoin to become a digital alternative to gold. The demand for Bitcoin is evident in the growing influx to the Grayscale Bitcoin Trust and massive Coinbase outflows. 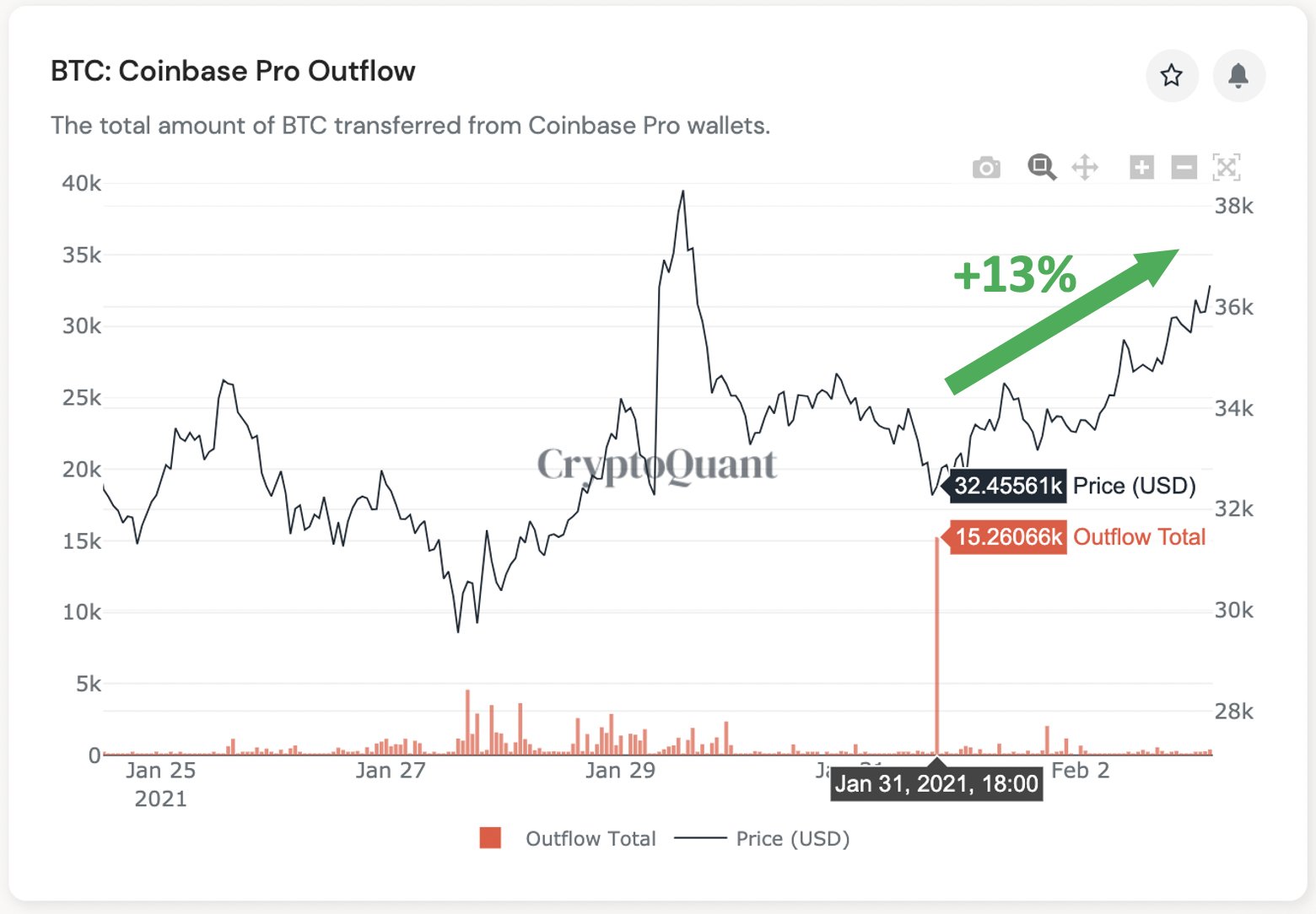 Buying and storing Bitcoin as a reserve currency for their portfolios in addition to traditional assets is just the first step towards institutional widespread adoption. Institutions will delve deeper into other uses such as payments, remittances, and settlements once they become more familiar with digital assets.

Simon Peters, market analyst at eToro stated “We may even see central banks holding Bitcoin if it grows in status to become a global reserve digital currency.”

In late 2020, the mayor called Bitcoin a “stable investment” in an “incredibly unstable year.” Mayor Francis Suarez said the real path to enhancing Bitcoin adoption across the city include the ability to pay city workers’ wages in Bitcoin. On the other hand, Simon Peters, a market analyst at eToro, pointed out that how the new US administration reacts to cryptocurrency will be critical.

BTC Market Is Still More Speculative Than One That Follows Rules of Traditional Trading Based on the Fundamentals and Technical Analysis: It is important to remember that the BTC market is still more speculative than a market that follows traditional trading rules based on fundamental and technical analysis. The most recent example of the ‘Elon Musk pumping effect’ with BTC price surging from $32,500 to $38,000 in a matter of minutes. This depicts how speculative the market is at the moment. In all, increased institutional adoption is anticipated, on Thursday, MicroStrategy is meeting with 1400 public companies to talk about Bitcoin and its merit as a store of value.

Blockchain & Bitcoin Conference Moscow is Back! Event on the Prospects of Crypto Market and the Use of Blockchain in Business Will Take Place in April 2021

Blockchain & Bitcoin Conference Moscow is Back! Event on the Prospects of Crypto Market and the Use of Blockchain in Business Will Take Place in April 2021