Who Accepts Crypto: A Survey Reveals 38% Of Freelancers Regularly Use Cryptocurrencies

A recent Humans.net survey concluded that around 38% (385) of the 1100 freelancers surveyed, who all are living and working in the US, use cryptocurrencies, periodically or regularly.

The freelancers who showed an inclined towards the virtual assets cited that international payments and lack of intermediaries (direct payment) as the key benefits of cryptocurrencies. Notably, in terms of payment freelances and tradesmen often have different perspectives. While the latter prefers cash for various reasons, the former needs an assurance more than anything. 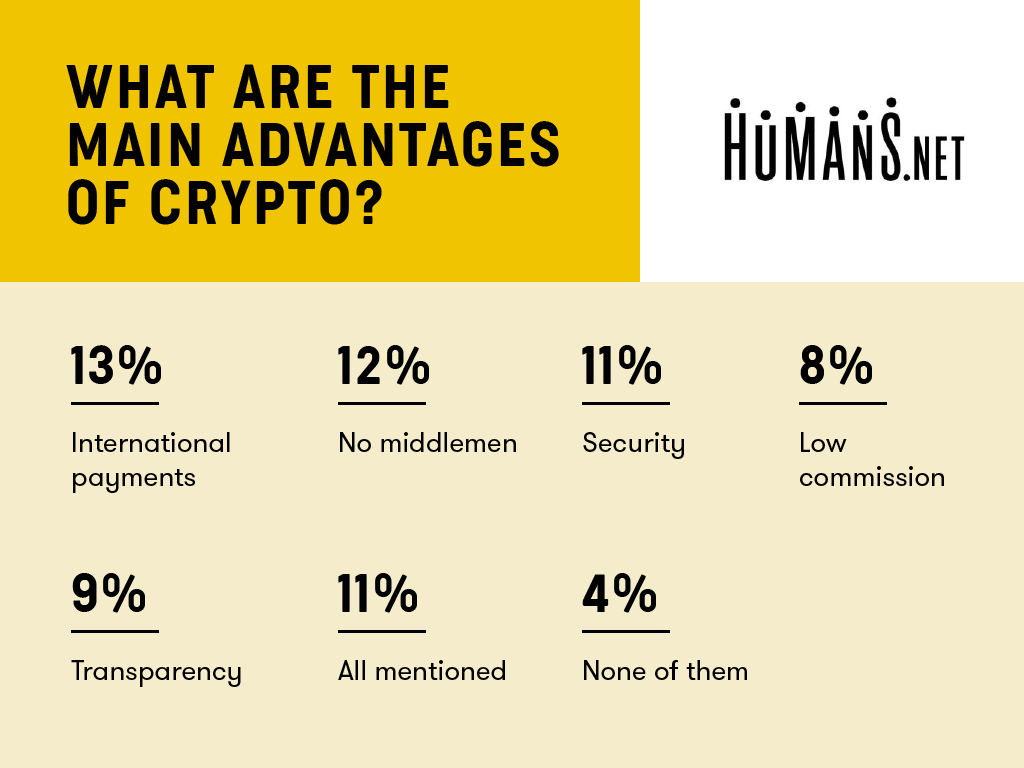 For one, freelancers usually don’t always have a solid working relationship with their clients and despite sites like Humans.net or Upwork, payment can be a hassle. The involvement of Bitcoin and other cryptocurrencies is transparent in this sense, the payment is either made or not. Once, payment is made, the recipient has full control over its funds as long as they control the private key associated with the receiving address.

Notably,  29% of the surveyed people would like to receive all or partial payments in cryptocurrency. Currently, businesses like Bitwage.com allow the employee to receive a part of his salary as regular fiat and a part of it as Bitcoin. Seeing the increasing demand of cryptocurrencies, it highly likely that mainstream freelance platforms could incorporate such functionality.

The one downside to this scenario is that the fluctuating price of crypto assets could cause losses to both or either party. However, any such issue could be worked out through betatesting.

A new entrant in the freelancing space, Humans.net claims to have changed the essentiality of the business model of freelance sites. Sits like Fiverr charge the worker a crazy 20%, while sites like UpWork charge just about everything that happens on their site. A peer-to-peer technology like the blockchain could be a viable solution.

Seemingly, this survey by Humans.net also draws attention towards the lack of freelancer-friendly options in the blockchain. None of the existing standard crypto wallets could be the new PayPal. Unfortunately, the new launches in the markets are completely skipping over this vacuum and are only concentrating on the over-saturated digital currency exchange market.

How to invest in Bitcoins?

How do trading robots help traders?

Move Over BitCoin… There’s a New Chief in Town!