However, Chainlink’s huge momentum has gradually slowed down after this feat as LINK is presently trading down from the highs it previously set. Chainlink’s rejection came as LINK bulls attempted breaching the minor resistance just above its recent price.

Analysts have attributed Chainlink’s bullish momentum to be steered by two factors, first, its recent partnership with the Chinese Blockchain Services Network (BSN). Second, on-chain data indicates that since the start of the year, LINK has seen a massive spike as huge as 100% in its investor base. This positivity is prompting up the belief of likely chances of its macro uptrend sustained in the days ahead. 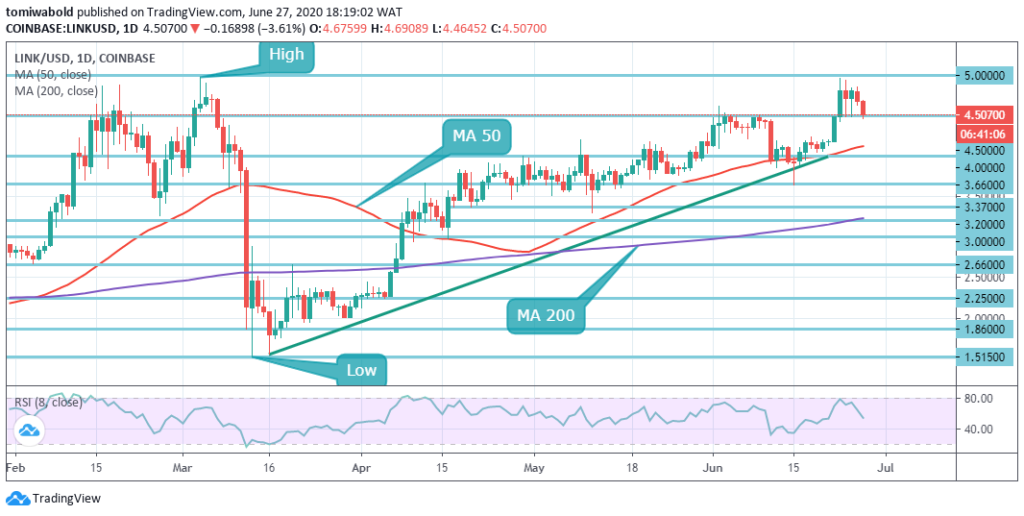 On-Chain Data Indicates 100% Surge in Chainlink Investor Base, Also a Spike in the Number of Whales

On-chain analytics platform Glassnode noted that the number of Chainlink investors has been on a steady rise since the beginning of 2020. 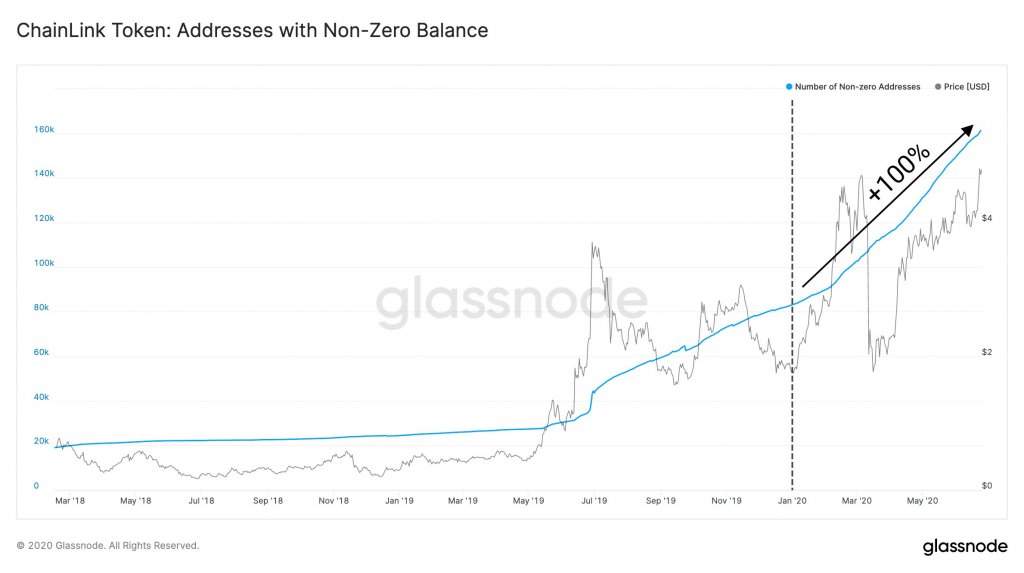 Glassnode gives the total figure to be more than 160,000 addresses that hold LINK. This recent figure indicates a 100% rise since the beginning of the year 2020. The on-chain analytics platform stated:

“The number of LINK token holders continues to see a steady increase in 2020. There are currently more than 160,000 addresses holding LINK – an increase of 100% since the beginning of the year.”

The positivity around here is that not only growth was seen in LINK investor base, but Chainlink bulls also seem to have wooed “high end” holders otherwise referred to as Whales.

This is seen as data aggregator Santiment recently indicated a spike in the number of “high-end” token investors otherwise referred to as Whales who hold between 100,000 and 1 million LINK tokens which translate to about $478,000 and $4.78 million based on LINK recent price of $4.50.