In the last three sessions, major cryptocurrencies Bitcoin (BTC) and Ethereum (ETH) saw a huge decline below $11,000 and $400 respectively against the US Dollar.

Bitcoin (BTC) traded beneath sub-$10,000 across major exchanges again on September 5, marking two consecutive days of testing the crucial level. ETH price is down over 15% as it cascaded down, breaking the $420 and $400 support levels.

A school of thought believes Bitcoin’s selloff could have been amplified by the substantial decline in the price of ETH. Ether front-ran Bitcoin rally since early April and the weakness in ETH could have intensified the short-term drop of BTC.

However, Bitcoin’s CME chart still shows an open gap between $9,600 and $9,900. If the price of Bitcoin shows weakness through the weekend, a potential new CME gap can be formed. 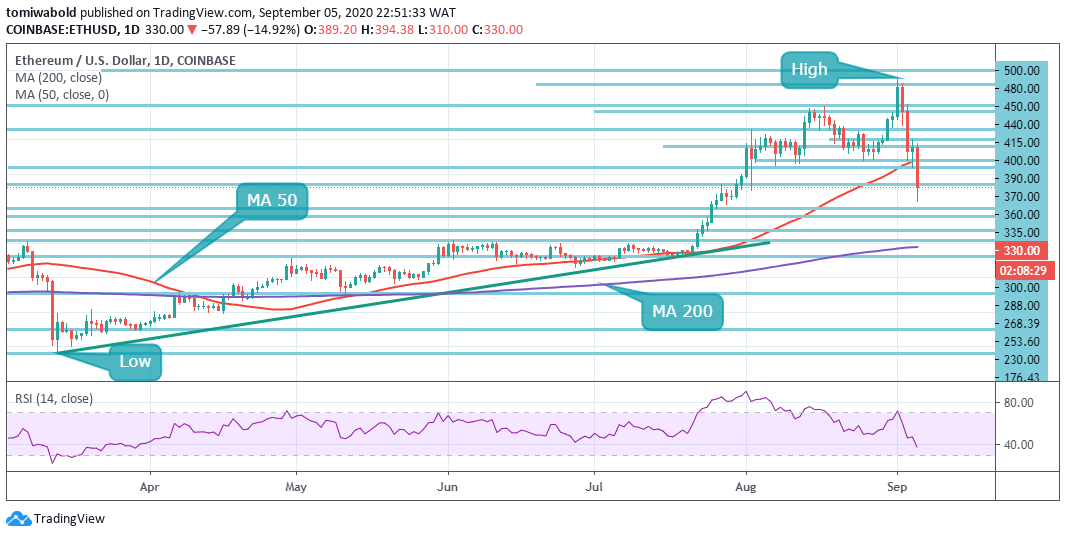 Bitcoin, the first cryptocurrency by market cap is presently trading at $9,900 down by 5.18% while Ethereum (ETH), the second-largest crypto asset is trading at $330, down by 15%

How Traders and Analysts Reacted to the Selloffs

There was a dramatic shift in market sentiment from extreme greed to fear, and with the March 13 market carnage still fresh in mind, this recent crash must have left the market wondering how bad things could get. On this subject, a variant of thoughts was reflected.

Bitcoin investor, Raoul Pal recently stated in a tweet that Bitcoin’s correction is on course and subsequently ‘healthy’. He calls the recent dips ‘buying opportunity’.

Jason Snipe of Odyssey Capital Advisors who was among a team of analysts that stated their views on CNBC regarding the crypto market selloff said this:

This may seem to correlate with Raoul Pal’s view. He however pointed out that the upcoming US election remains a major risk ahead. Another analyst noted that BTC is extremely oversold as per the Relative Strength Index saying:

“Alright, stopped out on both $BTC & $ETH trades (of course). I think this is just one of those times when I have to admit defeat. By the way: the RSI hasn’t been this oversold since the black swan crash. Crazy stuff.”

On-chain data indicated that the recent BTC decline was caused by intense selling pressure from short-term investors who bought between the upper-$11,000 regions and the lower-$12,000 regions. Data from Whalemap reveals a trend among this group of traders who seem to be employing the “buy high sell low” strategy. 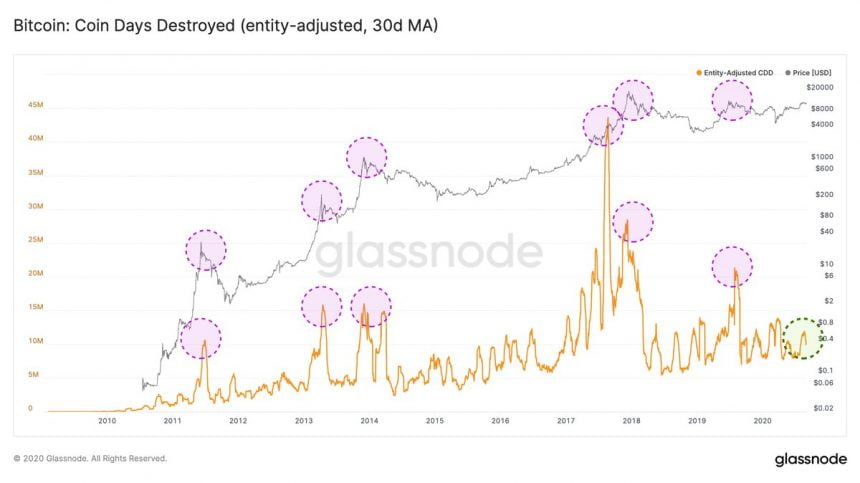 Analytics platform Glassnode indicates that BTC’s long-term investors were not bothered by this recent decline. Glassnode’s Coin Days Destroyed indicator revealed that long-held BTC was not moved throughout this massive selloff.

“Coin Days Destroyed (CDD) is an indicator for movements of large & old stashes of BTC. Currently, it is showing no signs of long-term investors cashing out. In fact, CDD is less than half compared to last year when Bitcoin was at the same price level.”