This Next Bull Run Will Downplay the Past Cycles, Here Is What Analysts Foresee on Cryptocurrencies, BTC & ETH

In May 2020, Bitcoin Had Its 3rd Halving Which Was Largely Viewed as a Bullish Event

A cryptocurrency is a digital or virtual currency that is secured by cryptography, which makes it nearly impossible to counterfeit or double-spend. Bitcoin (BTC), the first and largest cryptocurrency by market capitalization saw its genesis in early 2009. Afterward, alternative cryptocurrencies referred to as ‘Altcoins’ came into the scene. Presently, the aggregated market valuation of all cryptocurrencies stands at $358 billion while Bitcoin dominance is presently at 58.5%.

In May 2020, Bitcoin had its 3rd halving which was largely viewed as a bullish event. From historical antecedents, BTC was seen to rally 12 to 15 months after each halving, recording a new all-time high with each one taken to be a market cycle. There are insinuations that this next bull run may eclipse the previous two cycles as an analyst points out why.

A crypto exec, Mark Binns sees ahead how cryptocurrencies would take on the fiat banking system in the next couple of years. 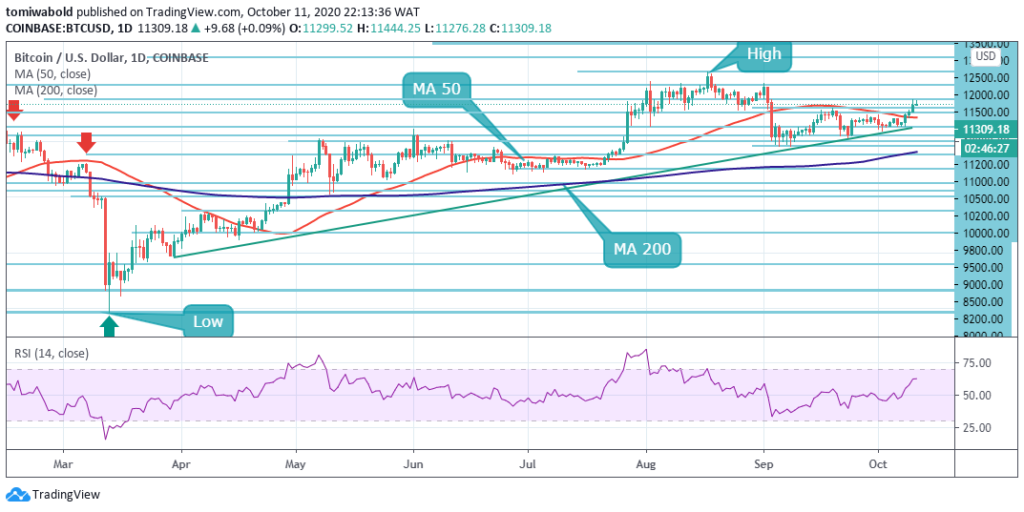 The Next Bull Run Will Downplay the Past Cycles, This Is What Analysts Foresee

An analyst points out why this next bull run may downplay the previous two cycles. Willy Woo, an on-chain analyst recently noted an increase in HODLing among retail BTC investors. He noted that the “reflexivity” indicator has been surging in recent months. The analyst explained that the indicator reflects BTC investors’ tendency to hold onto their BTC as its price increases. It’s also another way to measure the HODLing activity of retail investors. This he said:

“This [reflexivity] is the tendency of HODLers to hold onto their coins harder as price increases. I had expected reflexivity to increase during the mania phase of BULL markets, but it looks quite constant from the last two cycles… This cycle is interesting; reflexivity is increasing rather than static compared to the last cycles. While we now need more capital investment to get similar % gains in price, the effect of HODLers holding onto coins tighter is magnifying ‘number goes up’ per dollar invested.” 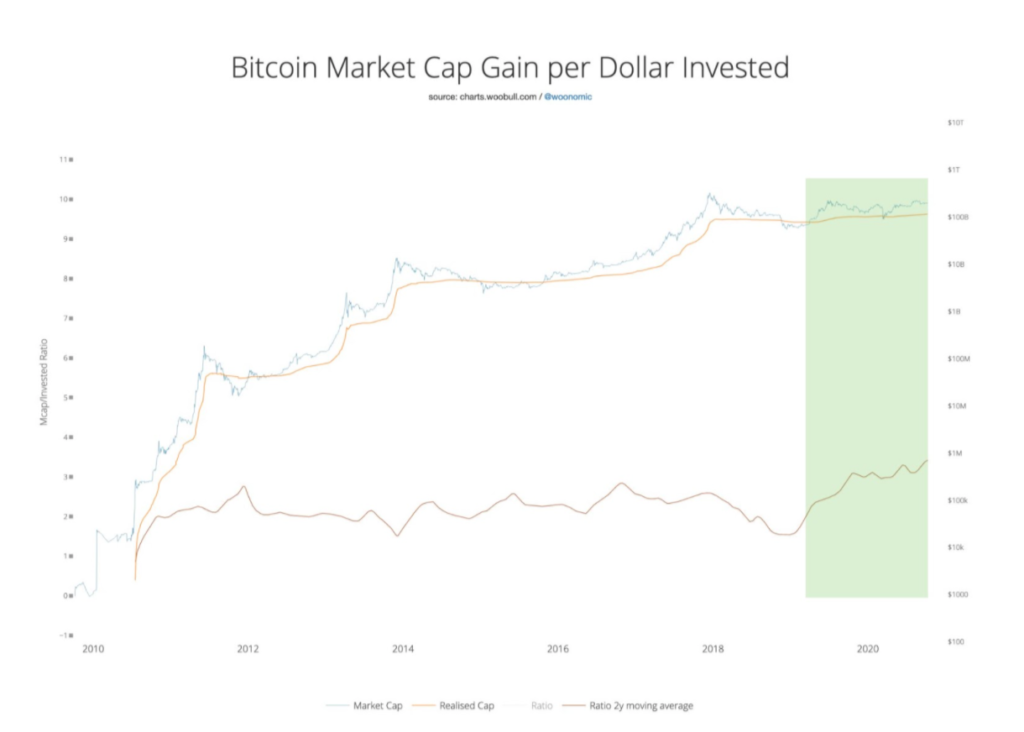 The second-largest crypto asset by market cap, Ethereum had its Ether price pushed forward in 2020 being buoyed by DeFi, this allowed it to outperform Bitcoin by a significant margin. Also, a substantial amount of BTC was poured into the Ethereum blockchain in the form of WBTC and RenBTC, further increasing activity on Ethereum.

However, some analysts opine that the DeFi mania may soon wind up, the fact that there are delays in Ethereum 2.0. may give competitors like Binance’s smart chain to launch out or even overtake Ethereum. The stiff rivalry may also arise from new trends such as Non-Fungible Tokens (NFTs).

A crypto exec, Mark Binns foresees that in three years, a younger generation of banking customers won’t do business with a traditional fiat bank unless it offers access to crypto. While citing the Kraken instance, he stated that consumers will soon define a “full service” bank as one that offers financial services in both crypto and fiat.

He also sees the tools for the migration available in blockchain forensic tools and DeFi. He stated this:

As the market continues to mature, more and more DeFi projects will allow us to do things in the future that we are not even thinking about right now.

Opinion Piece: Is Cryptocurrency Increasing Dependence on the Dollar a Problem?

Opinion Piece: Is Cryptocurrency Increasing Dependence on the Dollar a Problem?