Bitcoin price shows no growth, specially with the countless predictions that were made saying that the Bitcoin Price (BTC) would move higher after the Consensus Summit, there has been no real progress as Bitcoin price trades in the range of $8,300 after briefly touching $8,800 level at the beginning of the week.

The largest coin has posted losses in last two consecutive days. This downside move is contrary to analyst’s predictions who were expecting a strong rally amid the New York consensus summit.

Thomas Lee, head of research at Fundstrat Global Advisors, was one of the top Bitcoin price predictors who asserted on May 7 that Bitcoin would rally during Consensus, the cryptocurrency conference this week that drew thousands of enthusiasts (and some Lamborghinis) to a packed hotel in Midtown Manhattan.

Lee had predicted that  the bitcoin price would reach up to $25,000 by the end of 2018, citing the future trajectory of Bitcoin mining infrastructure growth as an underlying cause. He also predicted $91,000 in two years.

Investors have attributed the dip to a number of factors, including the perception that the conference did not seem to be designed to attract the industry’s core supporters. The ticket prices were considered to be unaffordable at $2,000 a head, and the fact that cryptocurrency was not accepted as payment was criticized as a lack of faith in the technology the conference was held to promote.

In fact, the talks by the several speakers present at the conference were seen as overly shallow and monotonous, in comparison to what one would expect from a $2000 ticket per head.

In his tweet discussing the highlights of the Consensus Event, Tom Lee posted, 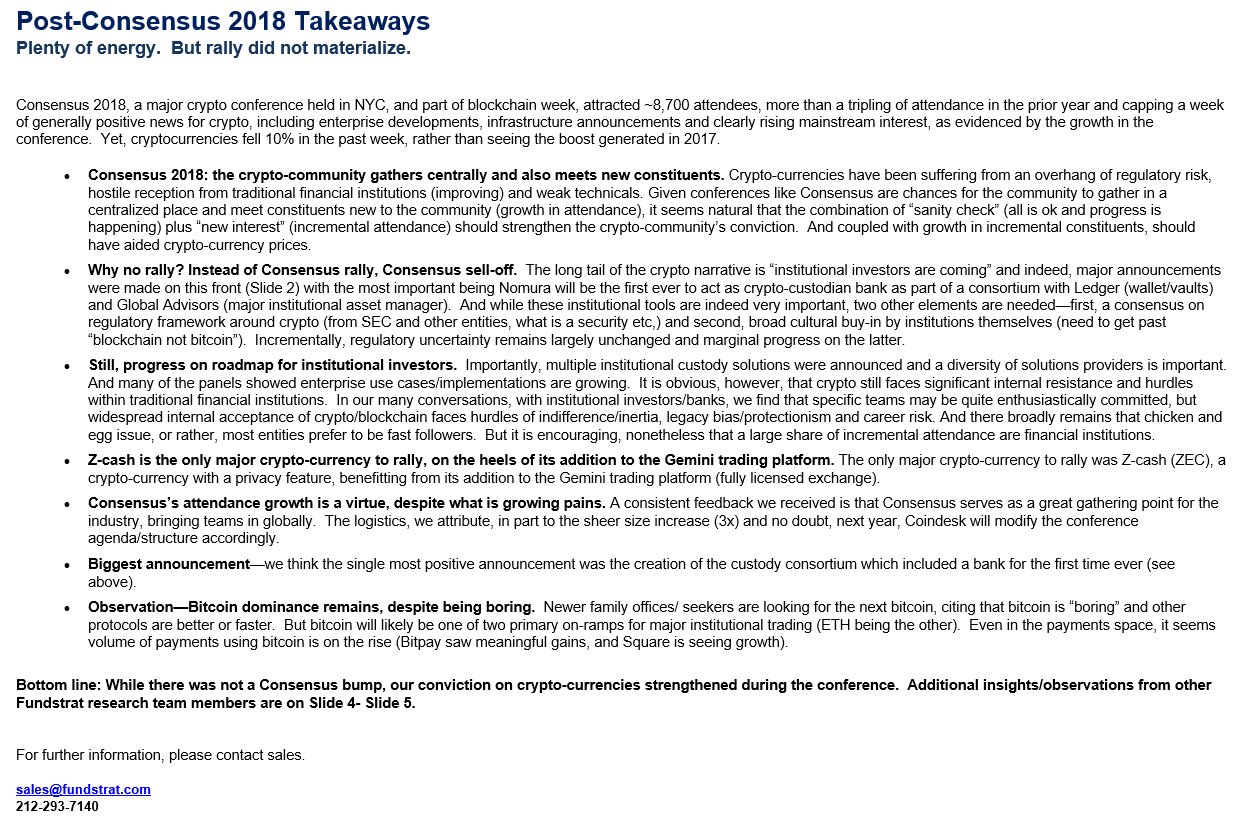 Despite the failed prediction, Lee still remains hopeful about the Bitcoin price as he says,

“While there was not a Consensus bump, our conviction on crypto-currencies strengthened during the conference.”