Over the weekend, Bitcoin suffered from the activity of the bears which saw its nose-diving from its previous highs of $9,200 to a daily low of $7,700 on Monday. The crypto asset whose bullish momentum was restored earlier in the past week had regained the $9,000 levels before being struck by the carnage.

Within a range of 24 hours, Bitcoin shed more than $1,000 to enter the bearish zone as perceived by some analysts.

However, a crucial metric weathered through the storm to mark positive.

The Bitcoin hash rate which is the measuring unit that estimates the quantity of power the Bitcoin network is using to generate or find blocks at the normal mean time of 10 minutes sustained its bullish momentum.

Bitcoin hash rate which had earlier hit an ATH of 136,264,980 TH/s on March 1st sustained its upward trend as the hassles of the Bitcoin network which is depicted in how difficult it is for miners to find blocks heightened, experiencing a rise of 7% ahead of the algorithmic changes due out today.

PlanB, the inventor of the stock-to-flow model had earlier forecasted that he sees no retrogression in view for Bitcoin hash rate before the halving as he expects its bullish trend to be sustained. 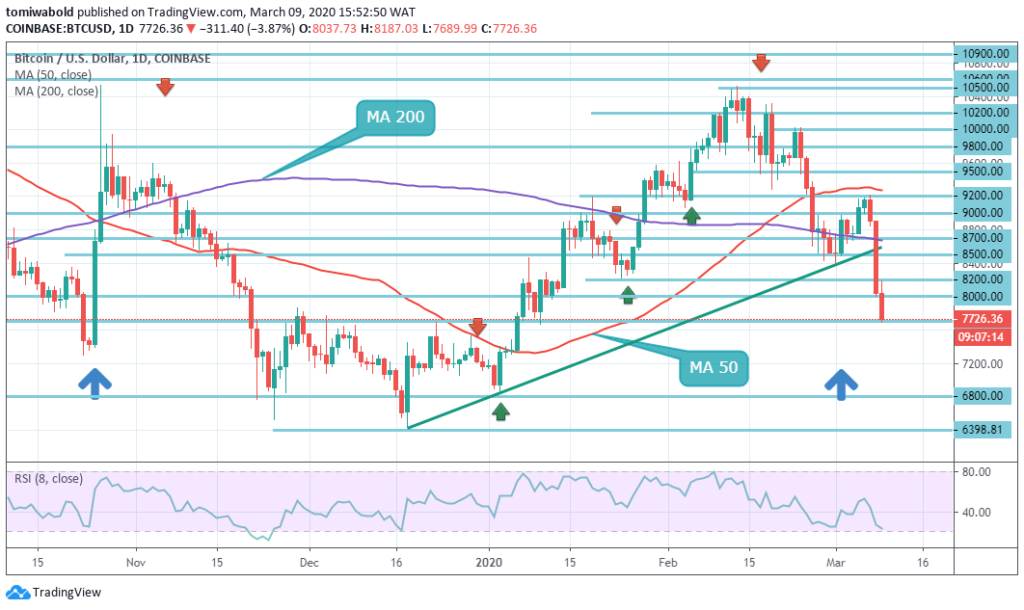 In an analyst’s opinion, he sees the recent upswing of BTC hash rate as a bullish sign for Bitcoin, he inferred from these premises, first, he sees the rise as a signal of technological advancement of mining devices. Second, he sees that Bitcoin users and miners alike have a sustained hope extending into the long term of the crypto asset rallying and therefore put in more resources to ensure its network verifiability.

Based on historical antecedents, the 2012 and 2016 halving events saw Bitcoin’s network hassle heightened; subsequently, the asset went on a massive rally. A crypto analyst at Capriole Investments Charles Edwards deduced that BTC will experience a rally soon as he and his team members derived Bitcoin’s fair value by equating it with the hash rate. 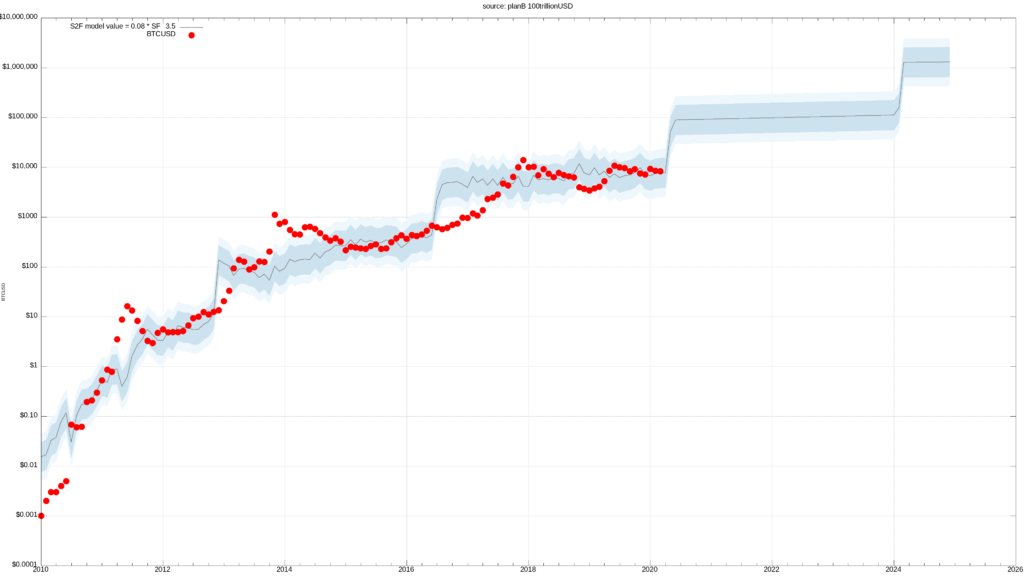 Despite Bitcoin’s bearish move in the last few days, PlanB, the inventor of the stock-to-flow model still maintained his $100k BTC price projection by the end of 2021. This he gathered from the S2F model which he claims is in par with Bitcoin price. The S2F model estimates future BTC price by matching the stock which is the circulating supply of the asset with the flow which is the newly generated Bitcoin, hence the name stock-to-flow.

S2F prediction is therefore based on supply. The inventor sees BTC hitting above the $10k mark after halving to steadily reach $100k by December 2021.

In the near term, PlanB maintains that BTC isn’t showing any sign of weakness despite shedding over $1000 to lose more than 10% over the weekend.