The Kemp Fort Mall in Bengaluru, India now hosts the country’s first cryptocurrency ATM. On October 14th,  Unocoin, the virtual currency exchange installed the device amidst the ongoing stand-off between India’s crypto-community and the regulators. The Reserve Bank of India (RBI) has exercised a ban over banks and other financial institution, forcing them to withdraw their support from the cryptocurrency ecosystem of the country.

While the subsequent case filed by the Indian crypto-overs, that challenges the ban is still awaiting a decision, the Unocoin ATM is almost a rebellious symbol against the crack-down. The ATM will exclusively cater to Unocoin customers and enable deposits or withdraws of fiat currency that can be used to buy cryptocurrencies from Unocoin’s website or mobile app.

The Exchange isn’t resting at one ATM, Mumbai and New Delhi, will have a cryptocurrency ATM, mostly within the week itself.  Since ATMs are not in direct relation to India’s banking system, they server as a circumvent around the ban, without violating any RBI. The co-founder and CEO of Unocoin, Sathvik Vishwanath, told Quartz.:

“The RBI has imposed a ban on banks, regarding money-related transactions, so our customers are not able to buy easily or the ones who have it (bitcoin and its elk) are unable to withdraw their money. Therefore, we have come up with this solution to fill the gap caused by the central bank’s ban because right now cash-in and cash-out facility is not available. 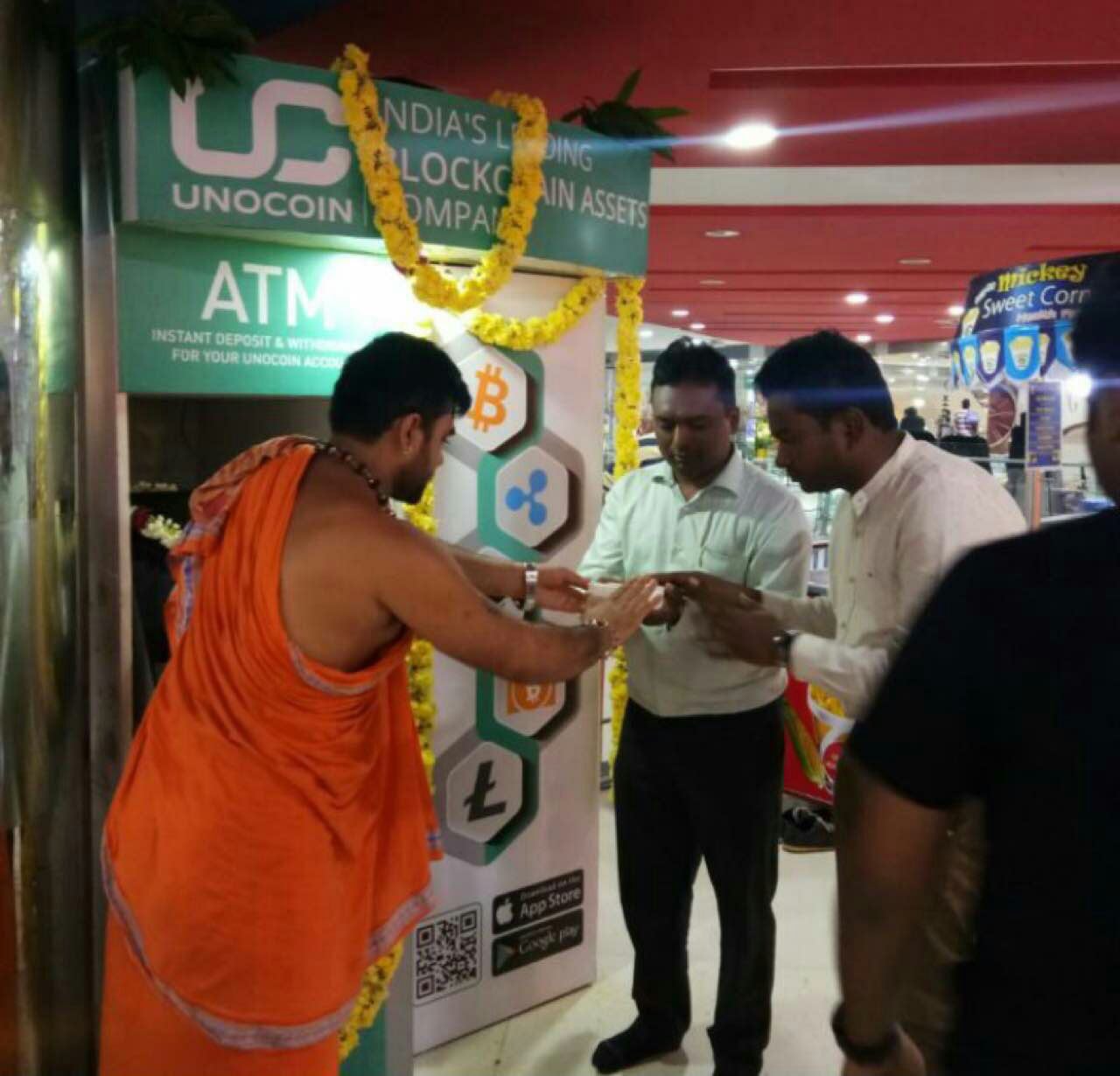 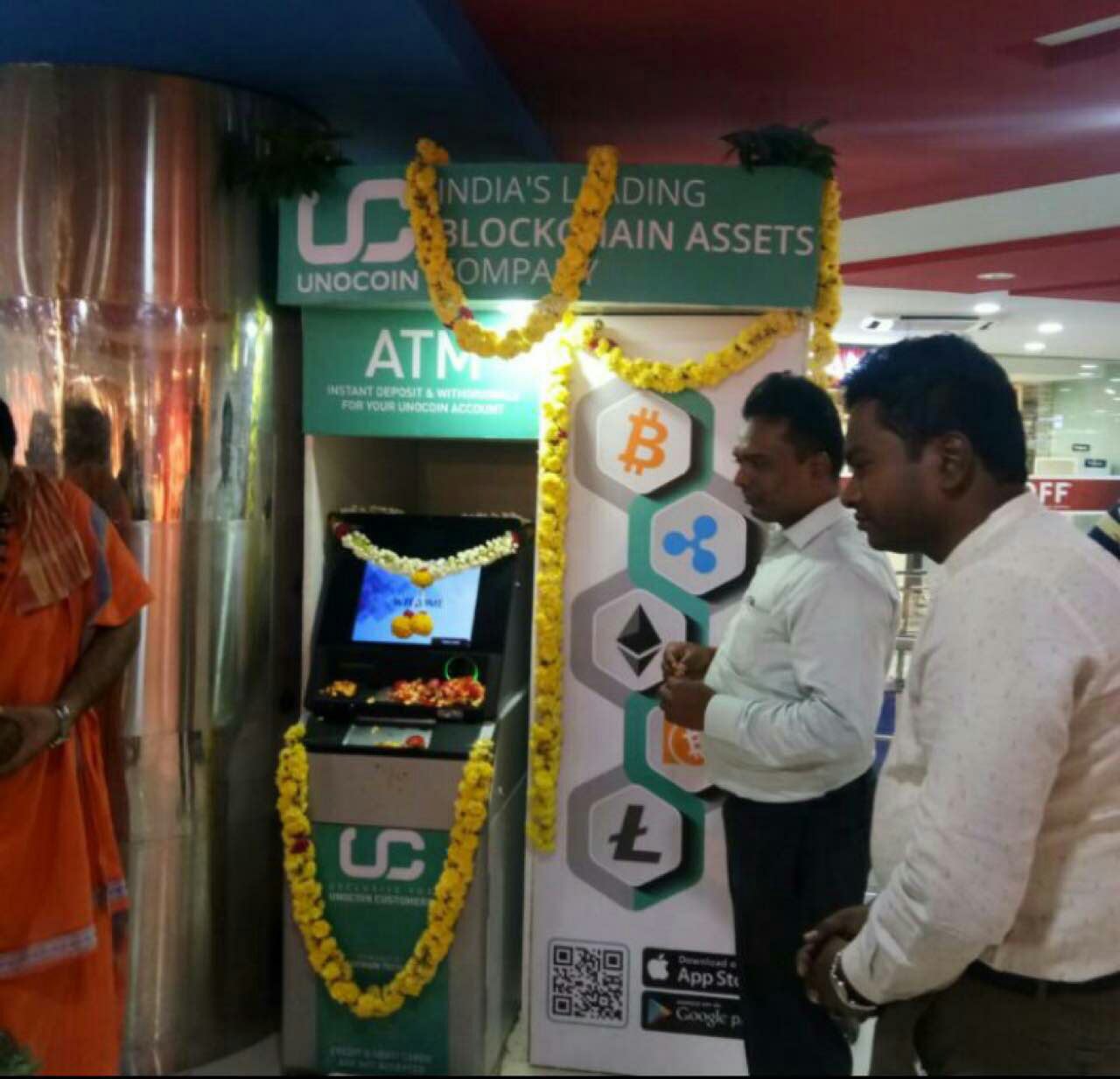 Since the Ban in July, the crypto-related businesses have served some major setback. While some has shifted to peer-to-peer and crypto-to-crypto trade, the biggest crypto-exchange platform in the country, Zebpay has decided to close shop until further notice.

Unocoin believes that these ATMs could perform the role that the the banks used to facilitates. The User will have to firstly validate his user ID and enter the one-time-password sent to his registered mobile number. In case money is deposited the updated balance in the Unocoin account will be displayed. The user can purchase cryptocurrencies via using Unocoin’s website or mobile application.

Vishwanath explains that the Unocoin ATM pose a significant change that other  virtual-currency ATMs present globally. Where other ATMs enables you to buy cryptocurrency through the machine itself, Unicoin merely adds balance to the user’s account and the final purchase needs to be completed on the website or the app.;

“At present, the volume (of transactions) has become one-tenth of what it used to be (before the RBI crackdown). We believe that after we have deployed it in many other cities and it becomes popular then demand should come back.”

How it evades the Ban

According to a blog posted in January 2018 by Unocoin, RBI norms forbids non-banking entities, including cryptocurrency exchanges, from setting up or operating ATMs. The post stated:

“In India, though there are no clear laws governing virtual currencies, RBI guidelines debar non-bank entities from setting up ATMs. They are forbidden from issuing prepaid virtual currency cards. These rules effectively close the door on BTMs (bitcoin ATMs) being set up in India.”

Surprisingly, Unocoin has managed to make a back-door entry and insists that their ATMs do not violate RBI norms as they only prohibit non-banking entities. He states:

“Our ATMs do not need a banking network or relationship to work. They just work as the cash deposit and dispensing alternative for Unocoin customers.”

However, Vishwanath did not disclose the cash management system for these ATMs, as the money collected can not be deposited in banks in the accounts under Unocoin’s name. Meanwhile, the government is soon planning to launch a government backed stable coin and making the ownership of unregulated crypto assets as a punishable offence.

India May Device Punishment For Holding Unregulated Cryptocurrencies like Bitcoin