What is Bitcoin Gold? Another Bitcoin Hard Fork coming on the way.

Bitcoin Gold, another Hard Fork to Bitcoin is being led by Jack Liao, CEO of a Hong Kong based cryptocurrency mining company named LightiningASIC. The Bitcoin Gold is set to launch on October 25,2017 and may get listed on major cryptocurrency exchanges from 1st novemeber 2017.

So What is Bitcoin Gold?

Bitcoin Gold will be the result of another Hard Fork of Bitcoin, scheduled to occur on October 25, creating another version of Bitcoin after Bitcoin Cash. The new project is focusing on adoption of new protocols that will change the consensus mechanisms relating to the original Bitcoin. The team behind Bitcoin Gold want’s to increase the number of miners and hence, they will make use of the Equihash Algortihm, rather than Bitcoin’s SHA256 algorithm. It means that Bitcoin Gold can be mined using GPU’s instead of ASICS.

Bitcoin gold implements the UAHF (user activated hard fork) proposal to accept GPU mining. Miners can choose the size of the blocks they want to mine, with a default of 1 MB. It also includes replay and wipeout protection.

Why Bitcoin Gold? Why another hard fork of Bitcoin?

Bitcoin Gold project is being carried out in China, the Bitcoin Mining hotbed. Though the idea behind Bitcoin Gold is attractive, but still it is facing a lot of criticisms.

Currently, there is not even a testnet which miners could use to test out the new protocol. A Bitcoin Gold programmer revealed on Slack that “we are working on core protocol and will launch the testnet ASAP. Profitability is determined by the price and mining difficulty, but the price is hard to predict.”

This has raised some opinions that the possible hard fork of Bitcoin is disorganized, especially when it so close and less than a month away.

Why these Bitcoin Hard Forks are happening?

Bitcoin was introduced and is still an open source software. It means any developer can come and make changes to the software according to his/her ideology and if the changes receives the majority support, those changes will be implemented in the source code.

A fork happens when the developers can’t agree on how to improve an open source program. In the case of Bitcoin. miners and developers are in regular conflicts with respect to improvement of Bitcoin and hence could not reach to a consensus. Thus, both the parties goes on their own ways which results into forking of Bitcon.

If these kind of activities take place regularly, we may see more hard forks of Bitcoin in coming future resulting into many versions of Bitcoin.

Less than a month is left for the scheduled hard fork of Bitcoin, detailed information about Bitcoin Gold is still unknown.

Bitcoin gold’s pseudonymous lead developer “h4x” mentions that the project is “still evolving” and details such as exact block height of the hard fork are still up for discussion.

The team behind Bitcoin gold was even planning for an Initial Coin Offering (ICO) by which 1 percent of the Bitcoin gold coins would go to the developer team. But later these details were removed. 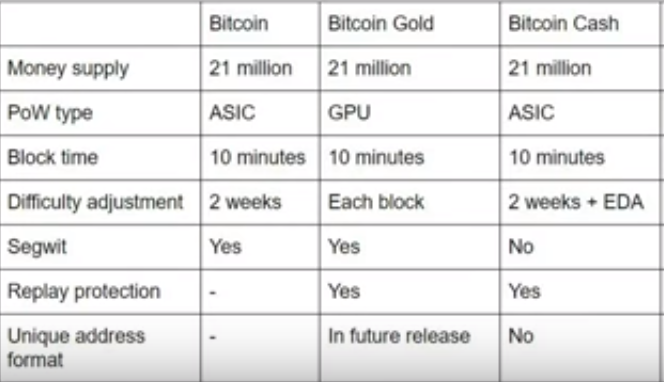 How to Prepare For Bitcoin Gold

In the previous Hard Fork of Bitcoin held on August 1, traders and investors were confused as to where to hold their Bitcoins. As a result those who held their bitcoins in which they own their private keys received the equal number of Bitcoin Cash.

Similarly, wallets and exchanges that supported Bitcoin Cash, credited the same to wallets of there users holding Bitcoin.

With Bitcoin Gold, it is clear that those who holds Bitcoin, where they own their private keys at the time of upcoming hard fork will receive equivalent number of Bitcoin Gold as well.

Maybe few of the exchanges and wallets may announce to support Bitcoin Gold as well, as they did at the time of Bitcoin Cash. KryptoMoney.com posts latest news and updates about Bitcoin, Cryptocurrencies, Blockchain Technologyand Upcoming ICO’s,

To stay updated, subscribe to our newsletters and join our Telegram Channel.

Russia’s Ministry of Finance Proposes for a Cryptocurrency Education Program