As of This Writing, Ripple’s Native Token, XRP Was Exchanging at $0.2005 Against Its USD Pairing

XRP has been rising from bear market levels after months of weakness relative to the rest of the crypto market. The now fourth-ranked cryptocurrency is up over 12 percent against USD in the prior week already. At the high, on the dollar-based pair, the asset was up 20 percent. Since declining to a low of $0.1923 on July 10th, Ripple (XRP) rebounds steadily as buyers bolster XRP/USD upside bias past $0.20. Nonetheless, the market cap is still in fourth overall position, at $8.8 billion, with a trading volume of approx. $847 million over the past 24 hours. As of this writing, Ripple’s native token, XRP was exchanging at $0.2005 against its USD pairing. Ripple’s vice president of customer service Marcus Treacher recently claimed that the XRP-based remittance platform On-Demand Liquidity is live in Europe. The Ripple executive also said this year the company is looking to extend the network and product to more areas in Asia.

*The now fourth-ranked cryptocurrency is up over 12 percent against USD in the prior week already
*As of this writing, Ripple’s native token, XRP was exchanging at $0.2005 against its USD pairing
*Ripple’s vice president of customer service Marcus Treacher recently claimed that the XRP-based remittance platform On-Demand Liquidity is live in Europe 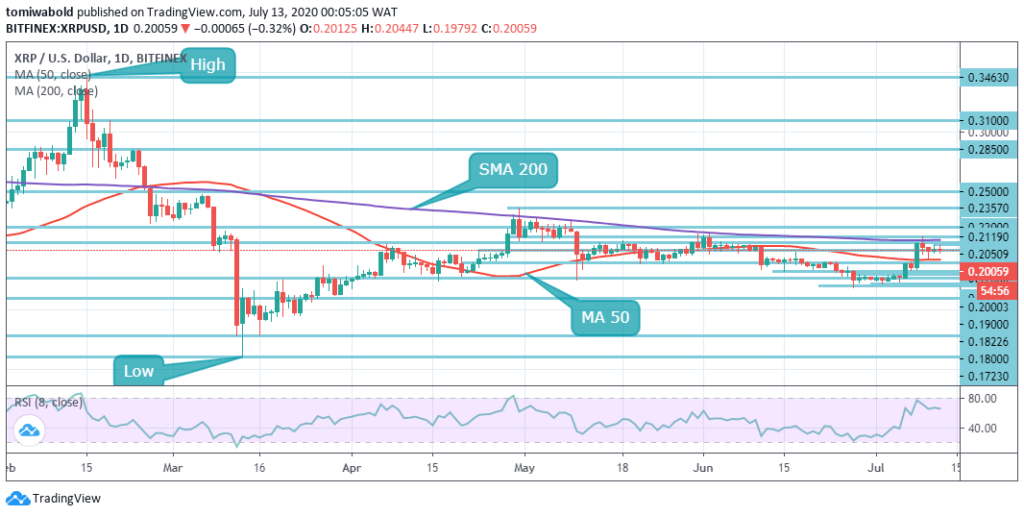 Today’s trading range was $0.0064 (3.32 percent), which is marginally beneath the $0.0075 prior average daily trading range. The bias appears different on the volume, where the last session’s daily trading activity for the market was well beyond the normal trading volume range for the market. For XRP/USD, the longer-term, daily uncertainty is considerably higher now than usual.

After trading earlier during the day to 0.1979, XRP flipped off the key technical level at $0.2000 to trade at a $0.2044 intraday high. The inability to exit at $0.200 beneath the key level may enhance the importance of that level as support shifts further. XRP price is exchanging at 0.2070 near toward the main level of technical resistance. 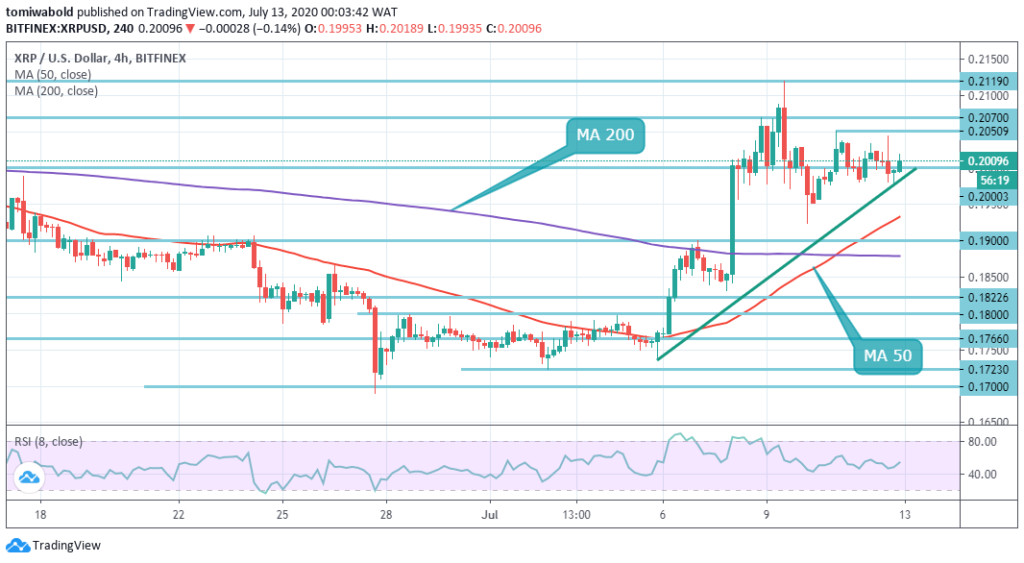 Ripple has dramatically improved in the short time frame to test the short term barrier at $0.2050. The scarcity of sellers at this level is a hard problem to solve leading in a narrow decline to $0.1979 (constantly changing market price) while being unable to breach the ascending trendline support of 4 hours.

Ripple is primed for more positive movement from a technical viewpoint. Aiming at the bright side of the MA 200 and MA 50 cross and the RSI, it’s evident that buyers have the advantage. The RSI holds the position beyond 50 while the MA 50 has shifted into the positive region. Gains between $0.2050 and $0.2199 may open the path toward $0.25 for more activity.