XRP Has Marked a Series of Lower Lows and Lower Highs

XRP, the native cryptocurrency of Ripple and fourth-largest crypto asset, from a macro angle, could be said to have been in a downtrend in its Bitcoin and USD pairings for nearly two and a half years.

Because since the fourth largest crypto asset set its all-time highs of $3.00 in 2018, instead of forging ahead, XRP has marked a series of lower lows and lower highs.

XRP traded nearly flat on the year while down by greater than 90% from its all-time high price of above $3.00. 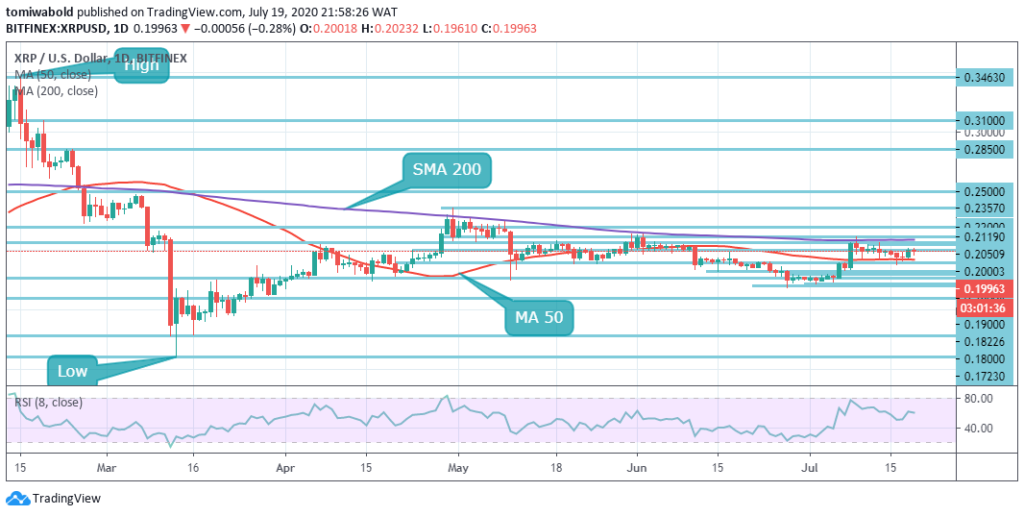 XRP’s bearish move is corroborated by key metrics as indicated by a dwindling on-chain transaction volume after a recent surge. XRP downside risk grew on recent reports that XRP tokens owned by the PlusToken Ponzi scheme may soon be sold as seen in their transfer to exchanges.

Stellar (XLM), 14th largest cryptocurrency by market cap and XRP’s close competitor had its fair share of the ‘downside trauma’ as it was previously ranked alongside XRP as one of the worst-performing assets.

Stellar (XLM) however left XRP in the dust with its recent rally from lows of $0.06 in late-June to highs of over $0.10, extending its bullish momentum. 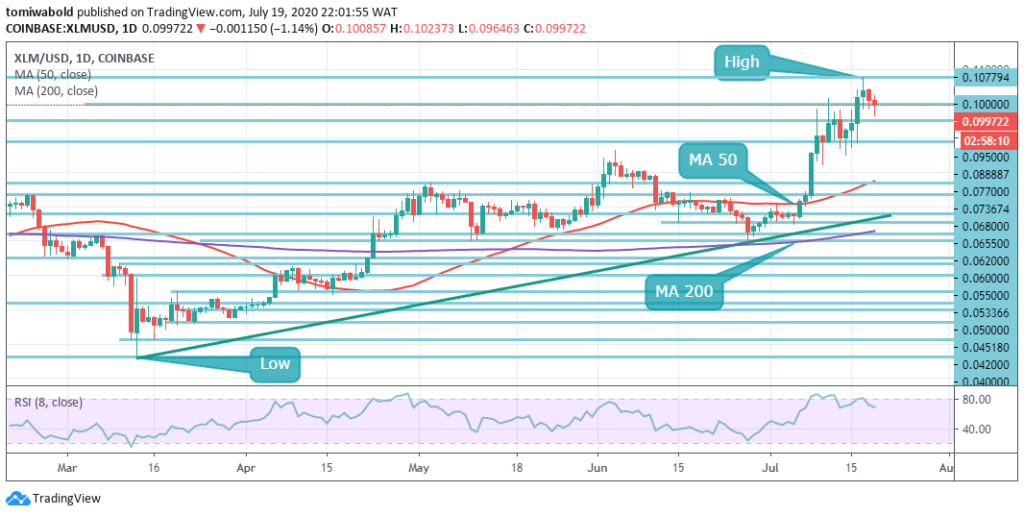 An analyst is postulating that should a long-time correlation between XRP and Stellar Lumens (XLM) hold, things could finally turn around for XRP in the form of an uptrend.

XRP bull case may be bolstered by Stellar (XLM) price action due to a long time correlation established between these two crypto assets in terms of their price action.

An analyst with the moniker “Ceteris Paribus” noted that the two cryptocurrencies were coupled at the hip from July of last year until April 2020 when Stellar (XLM) resumed its upside action. 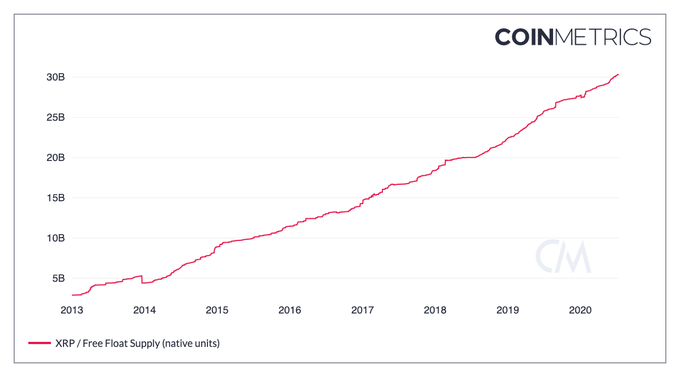 CoinMetrics Chart of XRP’s Circulating Volume. Recent As of 14 July

This fact was also substantiated by correlation data from blockchain analytics company, CoinMetrics which noted that the 180-day correlation of the two crypto assets is nearly 0.80.

However, with Stellar (XLM) recent 12 percent upside rally, the duo had to decouple again. In the previous year, XLM has accrued nearly 30% while XRP has lost 34% within the time frame.

If the correlation is established again, that means the two crypto assets will be on par implying that Stellar (XLM ) may dive or XRP will need to climb. Despite the opportunity for XRP rallying presented by this strong correlation, not everyone agrees to this school of thought.

Peter Brandt earlier stated that since XRP broke a key resistance against Bitcoin, it could be inclined to see a 90% pullback to levels last recorded since the start of 2017.

Altcoins Surge to Bitcoin Scam, Read This Venture Capitalist Crypto Market Prediction for the Rest of the Year 2020