Intraday RSI Implies That Growth Potential Can Be Extended

Tezos (XTZ), recently ranked 10th largest digital asset with a total market capitalization of about $1 billion, has recovered from previous selling. At the time of writing, XTZ/USD was changing hands at $1.40, almost 10 percent higher than Monday’s low. The average daily trading volume in Tezos was $168 million, which is in line with the estimates of recent days. Thanks to a new alliance with fintech bank DealBox and software provider Vertalo, more than 20 companies plan to tokenize securities on the Tezos blockchain, which is about $200 million in transactions.

*XTZ/USD regained traction after massive sell-off on Monday
*Intraday RSI implies that growth potential can be extended
*22 Securities Worth $200M, for tokenization on the Tezos blockchain 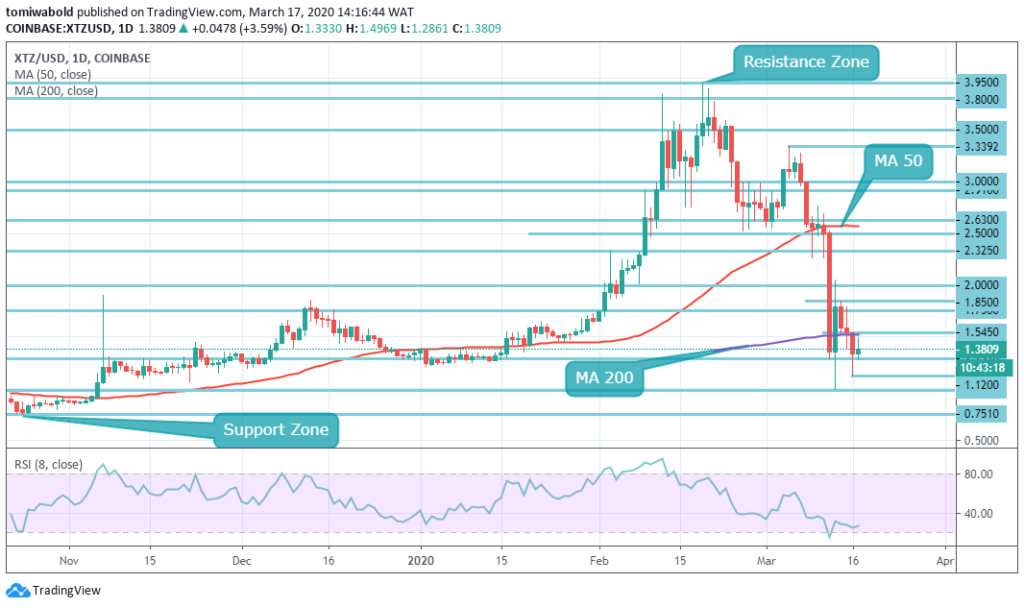 Tezos breached tons of supports during the recent crypto sell-off following a huge fall from the $2.5 price level and this negative move took Tezos price to as low as $0.9892 level, roughly $1 in the previous week but managed to record a high of about $2.05 level, where bulls were unsuccessful trying to break resistance.

Since failing to break through the near-term resistance of $1.85 level (the horizontal zone), Tezos started to plunge and discovered regular support at a level of about $1.20, with price currently trading around $1.40 level versus the US Dollar. If the price falls beneath the $1.20 level of support in the near term, we will anticipate the next bearish target at $0.98. 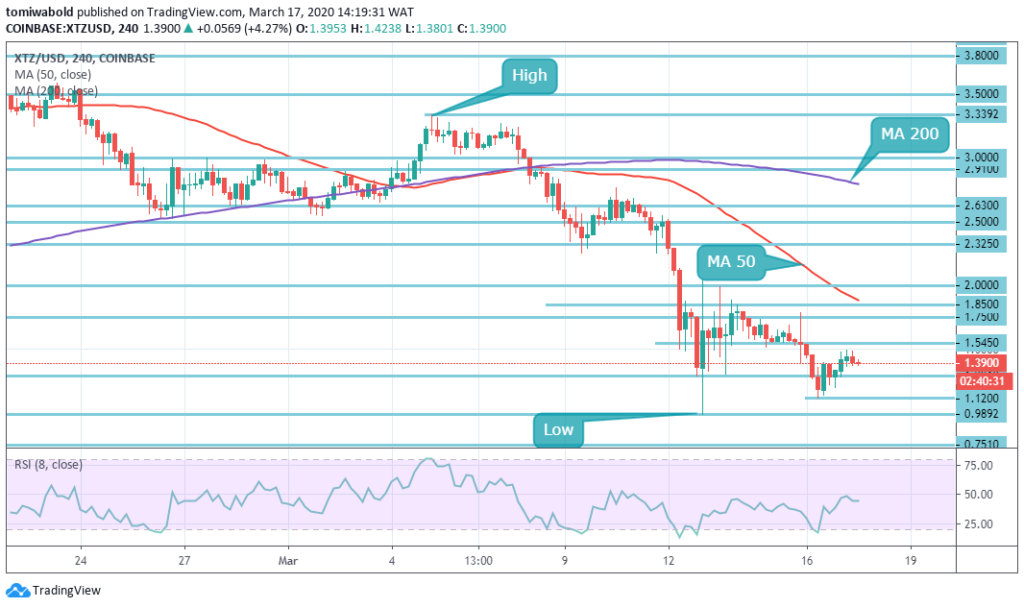 The short-term bullish scenario most likely looks like taking into account the upward RSI on intraday charts, provided there are no surprises in the news feed. As at present, XTZ/USD is calculated at the level of $1.2910 through the local support level provided by the lower horizontal short-term line. A stronger barrier is expected for the coin at a price level of $1.5450 though.

In the event of a breakdown, the upward potential will gain strength with the next target at $1.75 (high of March 15), followed by the psychological zone of $1.85 (high of March 14). On the other hand, some support remains, and as soon as it disappears, the bears are likely to gain momentum with the following goal of reaching the level of $0.75 (October 2019 low).