Dogecoin Gets Tesla CEO Elon Musk Stamp of Approval, Says They Have the Best Coin

Dogecoin (DOGE) is a cryptocurrency that was forked from Litecoin on 6th December 2013 showcasing a similitude of the Shiba Inu dog from the “Doge” Internet meme as its logo. What started as a “Joke Currency” rapidly expanded its online community reaching a market cap of $60 million in January 2014.

As of present, it had outrun other crypto assets to clinch 33rd out of 100 major cryptocurrencies with a market cap of $307 million.

Its usage as a base pair coin to arbitrage trades and move coins between exchanges was overthrown with the creation of Stablecoins. Dogecoin was created with the intent of having greater appeal to the rest of the crypto-space further than the main Bitcoin audience.

Elon Musk who once before brandished Dogecoin in 2019 as his favorite cryptocurrency is once more giving it a stamp of approval. In a recent tweet, he is touted to have said: “they have the best Coin”. 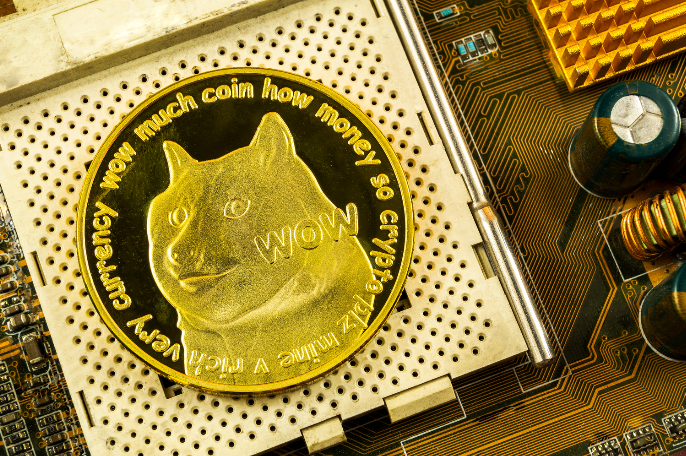 Dogecoin May Take a Significant Climb

Following Tesla CEO public endorsement, enthusiasm welled up for the cryptocurrency creating greater interest in its price action. The endorsement is seen as a great deal as in the past, many had traced its lesser crypto adoption to the “DOGE” Internet meme.

Spanning up to 6 years since inception, Dogecoin has maintained a stable presence steadily rising with more than 123 billion DOGE in circulating supply as “New Dogecoins” are mined every time, recording more than 31,000 daily transactions.

Dogecoin seems to be awakened in the year 2020 as it recorded active trading in February with its daily trading volumes above $150 million per day, though BKEX exchange accounts for a majority of this, 20% of coins are fixed in the top 5 wallets. This keeps outperforming each passing day.

Just like Bitcoin, Dogecoin has gone ahead in a brave feat to create a niche for itself.

Analysts believe that based on the significant progress it had made so far in 2020; DOGE may be set for a run. Although it’s been a while it had a major rally, with a significant buoy, it seems to be getting from its 48% share of Tether (USDT) trading, many anticipate a change of price regime for DOGE.

Dogecoin has leveraged on the Altcoin sentiment which stated that a new Altseason may be imminent. Its low price makes it possible to be propelled rapidly, with the innate ability to multiply Satoshis fast.