The first and largest crypto asset by market cap, Bitcoin (BTC) set new yearly highs of $12,473 on August 17th. After this, the flagship asset saw some mixed price action as bears and bulls tussled before it finally conceded to the bears on September 3rd in a broad-based market selloff.

Bitcoin critic, Peter Schiff seems to own up to the fact that his prediction about Bitcoin isn’t near perfect after conceding that BTC didn’t “collapse” as he predicted last month.

The gold bug had earlier predicted that Bitcoin was going to fall while gold would surge however, Bitcoin took the reverse path setting new yearly highs in the same month.

This revelation came through in a September 6 twitter exchange between Peter Schiff, Tyler Winklevoss, and a Twitter user Sharkybit.

Peter Schiff in his usual manner had commented on Bitcoin’s recent downfall after setting fresh highs, stating Bitcoin (BTC) could be consolidating before a crash. Bitcoin investor and Gemini founder, Tyler Winklevoss however opined that the BTC dip will not go beneath $10,000. Peter Schiff’s response was:

“The more the 10K support level is tested, the weaker it gets, markets rarely give investors that many chances to buy the bottom.”

Twitter user, Sharkybit in a swift response to these words called Schiff’s attention to his earlier BTC prediction in which he admitted “I was right on gold, but wrong on Bitcoin,”. 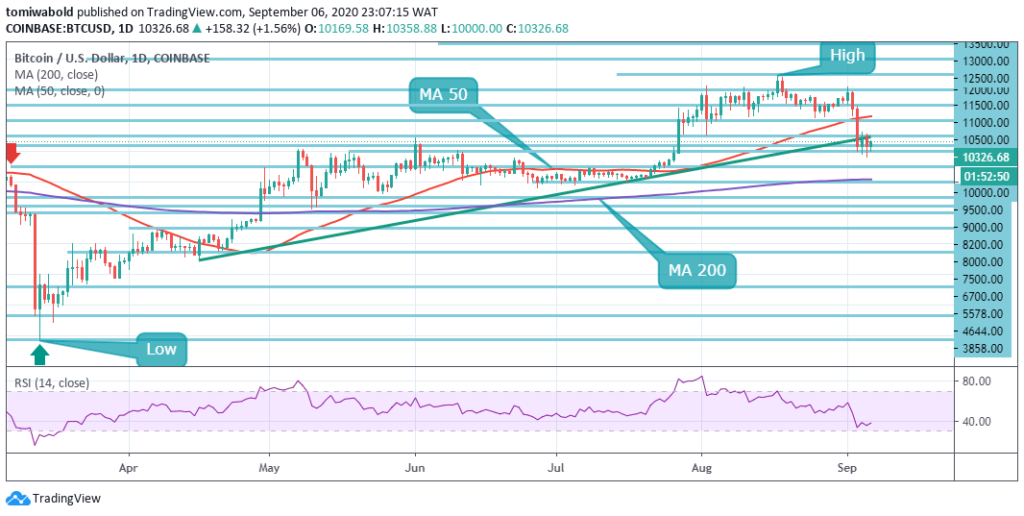 SushiSwap (SUSHI), a fork of Uniswap created by master chef “Chef Nomi,” saw an ”acquisition” drama unfold as it is handed over to FTX CEO, Sam Bankman-Fried unexpectedly.

Spencer Noon, the head of DTCC Capital, was one of the first to spot Chef Nomi’s sell-off of SUSHI tokens: 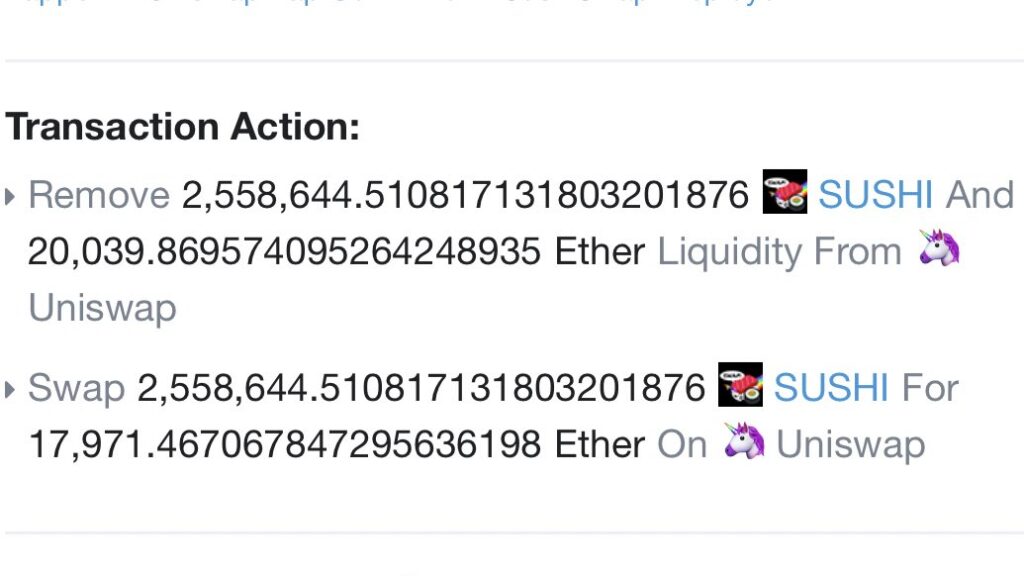 This sparked an uproar in the community as many stated Nomi Exitscammed the project. He however claimed he deserved the dev fund being the creator.