Launched in 2015, Ethereum is the world’s programmable blockchain.

Ethereum’s programmability implies that developers can use it to build new kinds of applications. These Decentralized Applications (or “DApps”) stand dual benefits of cryptocurrency and blockchain technology.

When the second-largest cryptocurrency, Ethereum was launched with the earmark of being “The World Computer” able to write any type of code, it seemed as if the definition of its use was just a mere cliche.

Two years after Ethereum was launched, its primary usage was as a platform for initial coin offerings (ICOs) for other crypto assets. This use case remained till 2018. Apart from this primary usage, Ethereum also found use in token issuance, Decentralized Gambling Apps, and CryptoKitties.

Notwithstanding the limitations in its usage, in January 2017, Ethereum rose from just a few dollars to nearly $1,400 till early 2018 gaining 28,000% in the process. This stunt which spanned for more than a year earned Ethereum the title of the world’s best-performing assets then.

Stablecoins and Decentralized Finance (DeFi) became popular as Ethereum’s use case in 2019. 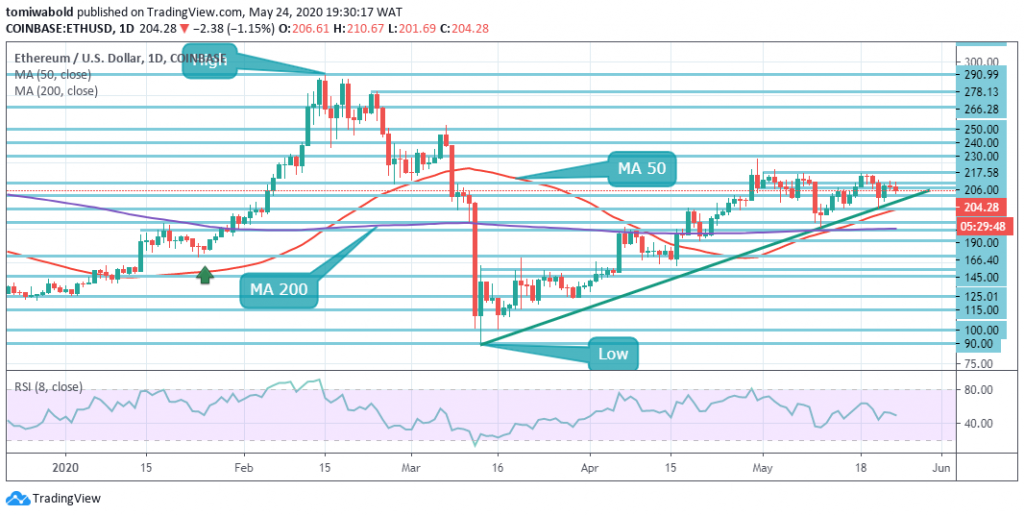 The duo of Tyler and Cameron Winklevoss are mostly regarded as crypto enthusiasts especially Bitcoin, therefore their recent disclosure of having a huge stake in Ethereum may not necessarily come as a big surprise. It is speculated that the Winklevoss twins hold 1 Billion worth of Bitcoin while the exact worth of their Ethereum stake is yet to be known, Cameron Winklevoss in an interview stated it was in the same class as their Bitcoin’s stake.

The facts presented here may imply that the “Huge” stake could be $1 billion worth of Ether or a percent of ETH circulating supply which will equate to nearly $230 million in ETH. What seemed to be the drive of Winklevoss was seen in their recent comments on Ethereum DeFi (Decentralized Finance) which connotes financial smart contracts, Decentralized Applications (DApps), and protocols built on Ethereum.

The Winklevoss brother stated that he believes that Ethereum DeFi is a “New Vista’’, a new type of system for which Bitcoin paved the way. 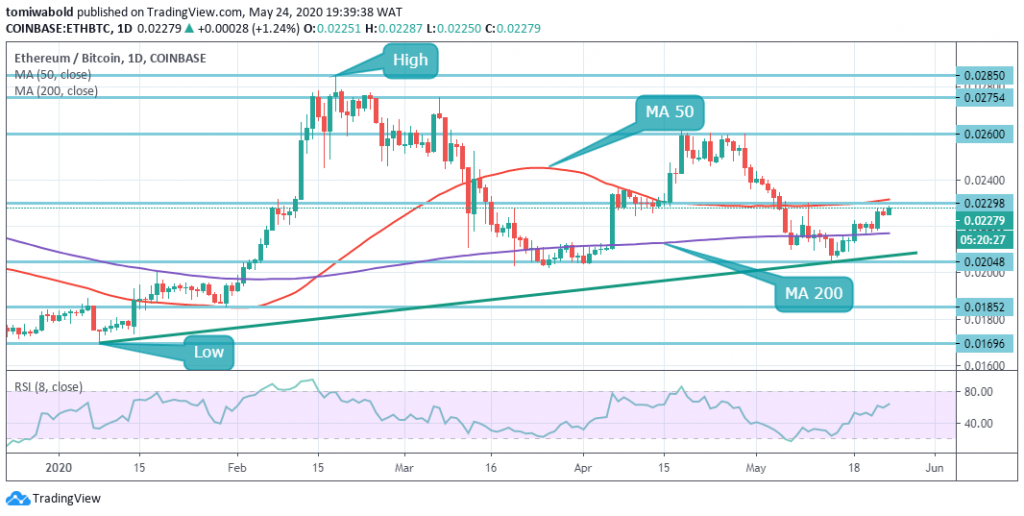 Ethereum bulls seem to be pleased with the news of the Winklevoss’ huge Ethereum stake as Ethereum (ETH) rose in its BTC pairing.

Not Only Bullish on DeFi, but Ethereum (ETH) Is Also Bullish in Its Bitcoin (BTC) Pairing

Ethereum (ETH) was seen to rally by 10% against BTC in the last 9 days. A well-known crypto trader stated that the recent surge led to Ethereum breaching critical resistance in which going by historical antecedents has spurred gains as large as 20%, based on this premise, ETH/BTC rally may be further extended in the days ahead.

Analysts are speculating that the Ethereum bulls’ stint against Bitcoin may be shortlived due to “considerable uncertainty” regarding the Ethereum 2.0 upgrade.