Blockchain, in plain language, refers to a decentralized distributed digital ledger, that is, a database across several nodes or computing devices. Spanning over a decade now, it remains one of the biggest buzz words in the business world.

In as much as these leaders view blockchain as a priority, it seems this knowledge is not trickling down the hierarchy. In a survey carried out on 1,000 finance professionals by a Netherlands based research firm, the results indicated that nearly 29% of Finance Professionals did not know what blockchain was all about, and 19% did not know how it could be used within finance, implying that 48% out of the respondents have low awareness about blockchain. A noticeable fact was that the most significant lack of awareness was in the more junior ranks. 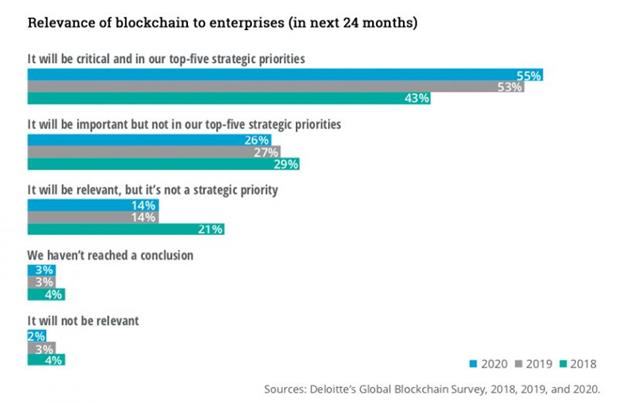 Blockchain may seem complicated, some may even label it as ‘hype’ – in Deloitte’s 2020 blockchain survey, it indicated that 54% of survey respondents feel blockchain is overhyped.

A top CEO stated, “In 2018, technologies such as blockchain and artificial intelligence were mostly discredited and labeled as ‘hype’. However, we can now see that organizations have started adopting them,”

The fact remains that blockchain technology is getting closer to its breakout moment every day.

New! Improved! Faster! Stronger! Better! These are the most used captions by blockchain marketers to catch the attention of potential users that tout the development and release of new products and services. These captions may however seem essential, as no one will hardly try a product without being introduced to it. Marketing can also be the language of the adoption of disruptive technologies such as blockchain. 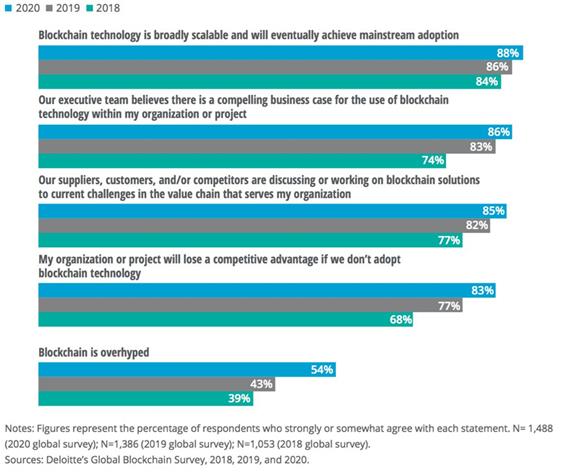 The challenge remains that few products and services fully live up to their marketing; it may be unlikely to see a solution attain every one of its touted potentials but generally, blockchain solutions are perceived to be useful or even game-changing.

The results of a recent blockchain survey indicated that almost 60% of respondents are confident in blockchain’s long-term potential due to the implementation of new solutions. This demonstrates the upbeat mood in the business world concerning the future of this nascent technology.

It puts forward the need for blockchain startups to embark on Creative Product Marketing. No one hardly tries or uses an unknown product. Blockchain PR is one of the most potent forms of marketing available to companies. There is a need to build brand awareness around a blockchain project using creative methods and strategies.

Bearing in mind the statistics, 54% of survey respondents feel that blockchain is overhyped while 48% out of the respondents are less aware of blockchain. This puts forward the narrative that Blockchain PR and awareness may still be in the infancy stage, thus the need for creative marketing.