On a Day to Day Basis, XRP Ranks Among the Biggest Gainers With 35% Upside Gains

Alternative cryptocurrencies, ‘Altcoins’ have started following Bitcoin (BTC) solid uptrend. Bitcoin (BTC) has been in the limelight of late due to its frequent printing of fresh highs, major Altcoins have also started picking up pace, posting double-digit gains.

The third-largest cryptocurrency by market cap, Ripple (XRP) traded at highs of $0.4365 on November 21, consequently reaching the highest level since June 2019. At the time of writing, XRP is trading at $0.41 while the largest Altcoin, Ethereum trades at $539.

Here Is What Analysts Are Saying on ETH, XRP Uptrends

An interesting fact about this recent Altcoins Rally is that a majority of these top performers have nothing to do with DeFi, and are instead, coins that many would define “dead” or at least coins that are on their way out. Most of these coins in the top 100 are all 2017-era coins that rallied hard in the previous bull market but have seen muted price action since.

For instance, XRP was previously ranked as one of the worst-performing assets. XRP is presently the best-performing crypto asset in the top 100 outperforming DeFi tokens, although it is uncertain for how long this trend will continue.

“Hsaka”, a trader spoke on the ongoing crypto market rally referring to these coins as ‘dinosaurs’:

“First day in a long while where the dinosaurs have outperformed DeFi blue-chips. Guess there’s a lot of catching up imminent.”

Pseudonymous analyst Credible Crypto says XRP also has more room to the upside but cautions this could change if Bitcoin (BTC) reverses course. 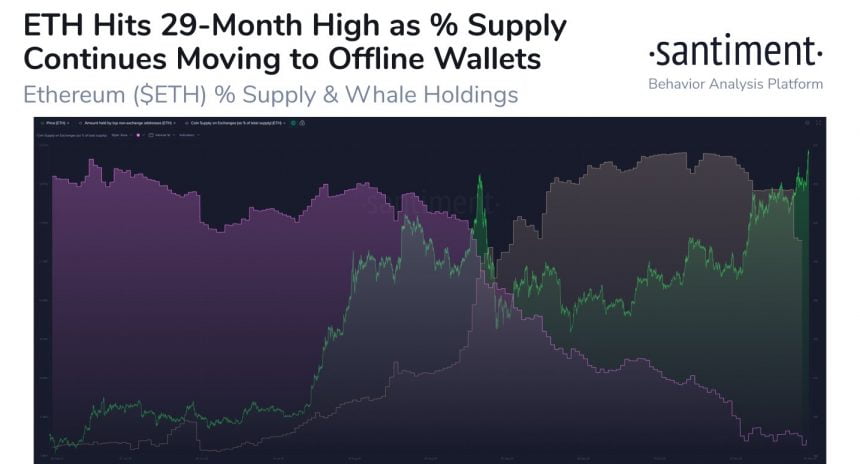 The second-largest crypto-asset Ethereum (ETH) traded at the $500 level for the first time since 2018, analysts think Ethereum may explode higher in the weeks ahead. An analyst stated ETH will test $600;

“So, if all goes according to plan with $ETH, what’s your ‘realistic’ price target? (ex. where will you look to close leveraged longs within a week or two). I’m looking at the $570 weekly level, with a potential push towards around $600 if momentum is really strong.”

Other analysts think that Ethereum is free to rally from present levels toward $800. One stated; “ETH is clearing a major resistance and there’s nothing after that until $800,”

Where ETH trends next will depend almost entirely on its continued reaction to the $500 level as a sustained bout of trading here could open the gates for it to see significantly further upwards momentum in the near-term.

Another bullish sign for Ethereum’s near-term outlook is that large wallets have been rapidly accumulating ETH throughout the last few weeks.

Bitcoin in ‘Gold’ and ‘Diamond’, This Duo BTC Hard Forks Suddenly Rallied Out of the Blues

Bitcoin in ‘Gold’ and ‘Diamond’, This Duo BTC Hard Forks Suddenly Rallied Out of the Blues