What Are Decentralized Applications? What are dApps?

What are dApps and what’s the Difference between Decentralized Applications and Blockchain Platform?

The greatest number of the Internet-based applications we have been using is centralized. Thus the servers of those applications are operated by a particular organization or individual operator. It means that these organizations or individual operator can actually have full control over the user information, and a single breach in the server can crate of array security & operating errors. These centralized applications are currently dominating the Internet, but there are few concerns with it that make it next to impossible to develop certain types of applications. Few of the primary concerns with centralized applications are: the existence of a single point of failure, lack of transparency, monarchy, and subjected to net censorship. Rising tide of these concerns pushed the developers to build a new form of applications which operates on the decentralized peer-to-peer network and hence name “Decentralized Application” or, in short, “dApps”.

DApps and the Blockchain

Decentralized applications are kind of application where the whole backend process to takes place on the decentralized peer-to-peer network called “Blockchain”.

Not so as the traditional application, no single server or computer has control over the dApps but the peers. These peers can be any computer over the decentralized P2P network that is used to store application data & form a data structure. The challenge here is to prevent these peers from making unnecessary changes to the application and accumulation of vague information with other peers. That’s where blockchain comes into play. Since there is no central authority in dApps to guide the peers, the consensus mechanism of blockchain helps the dApps in making of various decisions. The better the consensus is – the more efficient and intelligent is the dApp.

For example, dApps based on the Bitcoin blockchain, such as bitcoin exchange software, will have the power of Proof of Work (POW) consensus to prevent the peers from making invalid changes to the application data and sharing wrong information with others. Similarly, dApps, based on the Ethereum Blockchain, also uses POW consensus. (although the future updates in Ethereum Network may implement Proof-of-Stake POS Consensus)

Currently, the most preferred platform to develop dApps is the Ethereum Platform. Apart from being a cryptocurrency, Ethereum is a versatile and flexible decentralized platform that allows the developer to develop deploy the dApps on top of it. 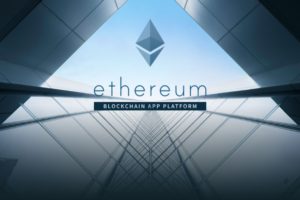 Since the launch of Ethereum, a nearly endless stream of dApps has been released to run on it, many of which have their own native units. These native units of dApps are known as crypto tokens, while others refer to them as crypto coins.

A dApp with its own native crypto token will use Ether as a crypto commodity to pay the Ethereum network to process certain dApp transactions. While many dApps uses a crypto tokens, the native units of some dApps should be classified as a crypto commodity layered on top of Ethereum, like Golem, which aims to be a supercomputer for compute-intensive problems. The difference boils down to whether a raw digital resource is being provisioned (crypto commodity such as Bitcoin & Ethereum) or if the dApp is providing a consumer-facing finished digital good or service (crypto token).

The company StorJ is a distributed cloud storage platform and a suite of dApps that allows users to store data securely, inexpensively, and privately. No centralized authority has access to a user’s encrypted password. The service eliminates the high costs of centralized storage facilities; it’s superfast, and it pays users for renting their extra disk space.

Another application that doesn’t need presentation. Founded by Sean Parker and crew, it was one of the first decentralized peers to peer application. When it was released first, it had all the characteristics of an ideal dApp, but we all know what happened to it. Today, it is completely centralized and still offering the same music streaming services.

BAirbnb is a decentralized application that stores data on home-listings & home-rentals data on the blockchain. BAirbnb is a decentralized version of Airbnb which eliminates the intermediary resulting cost reduction improving efficiency and opens the new door of opportunity in this particular domain. The application has a neat UI with plenty of options for users to upload information and pictures of their property that they want to rent out.

CryptoKitties is decentralized application/game based on the Ethereum platform. It is a game that allows users to buy, sell and breed digital cats that are called crypto collectibles. Likewise, cryptocurrencies, each crypto kitty is also unique (crypto token) and have some value which can be utilized across the Cryptokitties platform.

These are the few decentralized applications/games which are quite popular. It is also important to note that the era of the decentralized applications has started and new dApps and games are being introduced every other day. Apart from the dApps, the concept of DAO (decentralized autonomous organization) is also becoming obnoxious which is the complex form of dApp. Ethereum is currently the leading platform on top of it the greatest number of dApps is built & with the continuous development of Ethereum-like platforms, the future of dApps seems quite promising.

Crypto Promoters Will Be Treated as Financial Institutions, says Central Bank of Samoa

Survey Suggests Nearly 80% Of American Have Heard About Bitcoin

Survey Suggests Nearly 80% Of American Have Heard About Bitcoin