What is NEO Coin ? A Beginner’s Guide To NEO Cryptocurrency

NEO cryptocurrency was initially called as AntShares (ANS) which was launched in 2014. AntShares was founded by Da Hongfei and Erik Zhang. In 2016, supposedly in response to growing interest in AntShares, and a need for blockchain solutions that meet the requirements of both government regulators and private companies, DaHongfei and Erik founded OnChain, a venture-backed company that provides blockchain-based financial services.

Neo and OnChain, both are based in Shanghai.

Antshares announced on June 22, 2017 that it planned to rebrand itself to NEO Smart Contract Economy in the following months. On August 8, 2017 it declared the process is complete all with updated official sites, documentation, social media handles and the network nodes.

But What Exactly Is NEO Cryptocurrency?

NEO cryptocurrency is widely considered as “Chinse Ethereum” because it, like Ethereum, is aiming to build a platform on which other DApps or Decentralized Applications could be built by letting users execute smart contract code on their Blockchain. In fact, the first ICO on the NEO blockchain Red Pulse Token (RPX) was announced soon after the rebranding finished. NEO cryptocurrency is often referred to as “Ethereum’s Killer”.

NEO cryptocurrency is the the first decentralized, open-source cryptocurrency and Blockchain platform launched in China. NEO describes itself as a distributed network for the Smart Economy

NEO cryptocurrency is mixing and using Blockchain technology and digital identity to “digitize assets”, use “self-maneged smart contracts for digital assets” and to achieve “smart economy” with a distributed network. NEO cryptocurrency provides a framework for the digitalization of real world assets and is set on the goal of making it accessible to everyone.

Apart from the NEO coin itself, the NEO platform has another crypto-token called “GAS” which was formerly called as “ANC-Antcoins”.

As mentioned above, the NEO platform has two cryptocurrencies: NEO coin and GAS

The NEO coin will be used in block creation, network management, network changes, and other consensus requirements. These 100 million tokens were all pre-mined during the genesis block creation.

Unlike other Cryptocurrencoes, NEO cryptocurrency is “not divisible in fractions”. The smalles unit of NEO coin is 1.

-15 million tokens (15% total) will be used to cross-invest in other block-chain projects, which are owned by the NEO Council and are used only for NEO projects

-15 million (15% total) will be retained as contingency

GAS token is basically the fuel token for realization of NEO network resources. A user has to pay some amount of GAS tokens to make any kind of transaction.

Also a user who holds NEO in the official NEO wallet and not in any exchange wallets will receive free GAS tokens as Dividends.

GAS is generated when a new block is formed. 8 GAS tokens will be generated per block. The interval between each block is about 15-20 seconds and around 2 Million Blocks are generated in one year. An annual reduction of 1 GAS per block, per year will take place and will keep on reducing till it comes down to 1 GAS per block. With this ratio, it will take 22 years to generate full 100 million GAS Tokens.

Unlike NEO coin, GAS is divisible in fractions and the smallest unit of GAS is 0.00000001.

NEO cryptocurrency aims to digitize the assets and store it as electronic data. With NEO Blockchain, the digitization of assets can be decentralized, free of intermediaries, transparent, trustful and traceable. On NEO Blockchain, the users can register, trade and circulate the assets. The connection between the physical traditional assets and the digital assets so created will be proved by Digital Identity. The assets registered through the digital identity would be protected by law.

Digital identity is the same that is referred above. It is the identity information of individuals, organizations and other entities that will be safely stored in the blockchain in the electronic form. The verification of identity will be done using the use of facila features, fingerprints, voice, SMS and other multi-factor authentication methods

The smart contract was first proposed by the cryptographer Nick Szabo In 1994. NEO has a decentralized,highly reliable, independent and tamper-resistant smart contract system called NeoContract.

NeoContract is one of the biggest difference between Ethereum and NEO. Unlike in Ethereum where the programmers need to a learn the Ethereum’s official language called Solidity to programme over ethereum platform, NEO is compatible with c++ and Java, etc  and thus programmers does not need to learn any new language.

NEO’s Universal Lightweight Virtual Machine, NeoVM, has the advantages like:

Following are the acceptable programming languages in NEO:

Programmers can code and build dapps over the NEO platform. NEO will support the development of dapps by providing more latest and upto-date development tools and techniques. Following are some of the core ares in which dapps can be developed:

NEO Wallets / Where To Store NEO Cryptocurrency and GAS Token

We have discussed in details about the best NEO wallets in this article:- List of Best NEO Wallets To Safely Store NEO Cryptocurrency and GAS Token

Also Read: Detailed Guide on How To Buy NEO Cryptocurrency

Indian crypto traders and investors can buy NEO cryptocurrency from the following Indian Cryptocurrency Exchanges in exchange of INR:

From Where to Buy GAS Tokens/ Cryptocurrency Exchanges:

Following is the list of crtyptocurrency exchanges from where you can buy GAS Tokens as on 12 October 2017 :

****(Update 30 May 2018) – You can also buy GAS Tokens from the following cryptocurrency exchanges:

Indian Crypto traders and investors can buy GAS token from following Cryptocurrency Exchanges in India in exchange of INR: 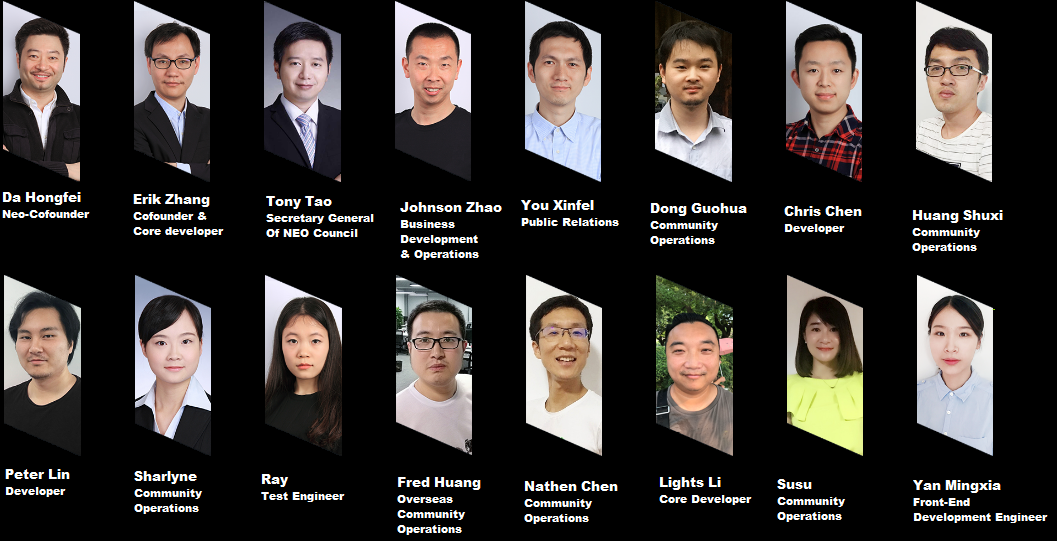 How Consensus is Achieved in NEO Blockchain Platform ?

This is one of the major technical differences between Ethereum and NEO. You’ve probably heard of Proof of Work (PoW) and Proof of Stake (PoS) as consensus mechanisms employed by Bitcoin and Ethereum respectively.

The problem with PoW is that it requires a lot of electricity to ensure network security by making nodes compete against each other to solve cryptographic puzzles by hashing.

PoS on the other hand lowers this electricity requirement by making validating nodes stake their currency in order to verify transaction incentivizing honest behavior. But PoS still suffers from the possibility of a chain split in the event that a subset of nodes disagree with administrative decisions – like the split we saw last year which resulted in the creation of Ethereum Classic.

NEO Blockchain instead uses Delegated Byzantine Fault Tolerance alternative (dBFT) as it’s consensus mechanism which offers lower electricity costs and removes the possibility of a chain split which makes it useful for its goal of digitizing real-world financial assets.

Participants in the system are able to designate certain nodes as bookkeepers. A bookkeeper node must maintain a minimum balance of NEO coins and meet certain performance requirements.

Bookkeepers are tasked with verifying the blocks that are written to the NEO blockchain. If two-thirds of the nodes on the network can agree with a bookkeeper’s version of the Blockchain, consensus is achieved and the proposed version of the Blockchain is validated. If consensus fails, an alternate bookkeeper is called and the process is repeated.

Because this consensus only needs to be replicated across a subset of the network, it is said to be more efficient than classic “Byzantine Fault Tolerance”. The network as a whole consumes fewer resources and can handle higher transaction volumes.

Conclusion :The Future of NEO Cryptocurrency

NEO is a great project with potential equal to (possibly even greater than) Ethereum.

NEO cryptocurrency runs on a specifically developed proof of stake consensus mechanism which is arguably the best proof of stake mechanism available. NEO’s blockchain is also quantum computer proof which is better in comparison to other Blockchain projects.

Additionally,  the programmers can code the smart contract and Dapps in the commonly used programming langyage such as C++, Java, etc . The programmers not need to learn any coding language, like Solidity, as in the case of Ethereum. This will attract more programmers and hence more development of blockchain projetcs on NEO platform could be witnessed in future. More the usage of NEO means more the demand for NEO as well as GAS which may increase the price in future.

Read more about NEO Cryptocurrency from the official resources below

Below are some links that will keep you updated about NEO coin:

Want to learn more about other cryptocurrencies? Just comment below the name and I would publish a detailed article on it.

Get latest cryptocurrency news and updates on KryptoMoney.com.