After the 2016 Halving, Bitcoin Remained Held Within a Consolidation Stint As Seen Now

In the last few weeks, Altcoins bull has been on the fit of fury with price surging ferociously while Bitcoin remained stuck in a consolidation web. This trail is seen in Chainlink (LINK) recently setting fresh highs of $6.50 while the 14th largest crypto by market cap, Stellar (XLM) joined the bandwagon setting new yearly high of $0.10 today.

Altcoins bull case seems to have been bolstered by Bitcoin lackluster market performance as the latter remains stalled beneath $9,500. Altcoins however kept encroaching on Bitcoin dominance which now stands at 62.6% prompting some analysts to resound that this may signal an imminent ”Altseason”.

However, a staunch Bitcoin supporter and investor, Max Keiser begs to differ reiterating no such Altseason will occur while stating that all of Bitcoin’s rivals will “be eviscerated” in the long term. He maintained Bitcoin’s position as king coin can’t be overthrown by any other coin. His target price for Bitcoin remains $100,000 in sync with stock to flow model creator PlanB’s prediction by December 2021.

Bitcoin’s price trend is seen to have flattened off months after the May halving event as bulls and bears grapple with Bitcoin resorting to sideways trading. Coupled with the fact that Bitcoin is recording at present historically low volatility levels, Bitcoin’s recent price activity may not be far-fetched. 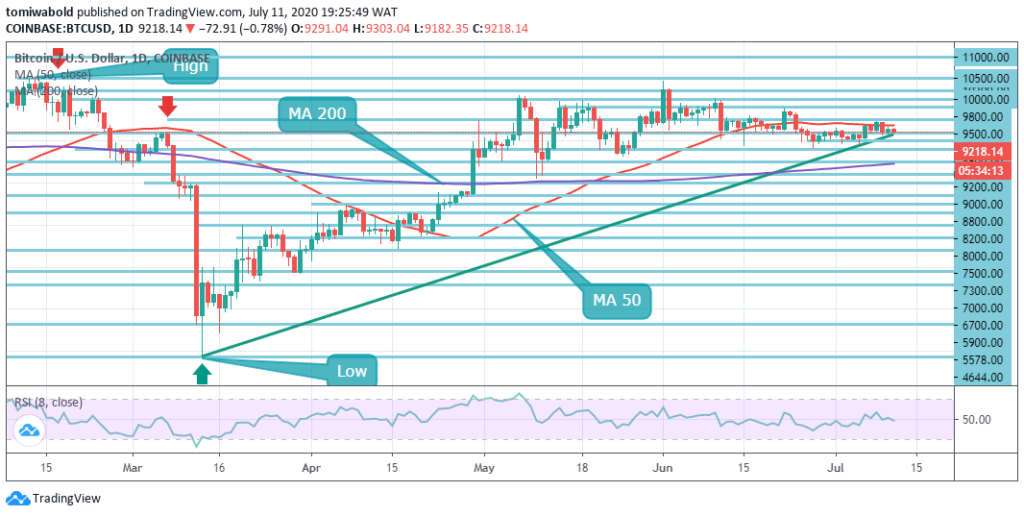 Data that compared Bitcoin’s recent price activity with the 2016 post halving timeframe indicated similarities between both as Bitcoin breakthrough rally didn’t happen until 12 months after.

Bitcoin is trading down at $9,218 still stuck within its consolidation range while a brush of correction was seen across the entire crypto market earlier.

Halving which is seen as a catalyst for massive upside movements occurred in May. However, two months gone after this event, nothing seemed to have happened as Bitcoin’s price trend is seen to flatten off. However, with the recent outturn of events, Bitcoin’s bull case is being revived.

Bitcoin is seen to be gradually building up a parabolic uptrend which caused it to set an all-time high of $20,000 in 2017. Bitcoin’s recent consolidation stint slightly pushed up the crypto to gain 40% benchmarked from July of the previous year. 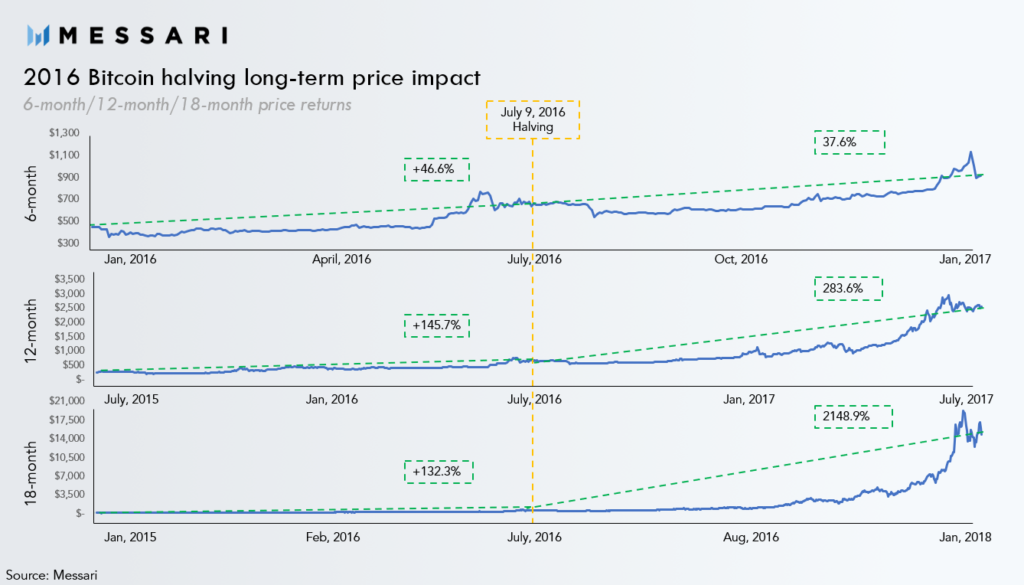 Data from Messari indicated that after the 2016 halving, Bitcoin remained held within a consolidation stint as seen now.

In a crypto outlook report, Bloomberg researchers also noted the similitude between 2016’s post-halving price action and the scene at the moment. Conclusively it was stated that Bitcoin may retest its all-time high of $20,000 by the end of 2020.

This kind of scenario isn’t all absolutes as the outturn of BTC’s recent consolidation bout may matter, bearing in mind the general belief of a bull run ensuing normally after a consolidation stint.

However, in an event reversal, Bitcoin may go down as bearish for the rest of the year if a flip in form of a downtrend occurs after.