Bitcoin (BTC), the first and largest crypto asset by market cap has seen some mixed price action in the last few days. Shortly after setting new yearly highs of $12,500, Bitcoin started showing signs of weakness as it plunged to trade at mid $11,000 where it had been consolidating earlier.

Bitcoin’s further decline led it to lows of $11,370 overnight, but this territory was assiduously defended by bulls.

At the moment, BTC is showing some stability as it is trading above a key support level. Interestingly, when major digital assets took the downtrend, smaller-cap Altcoins saw bullish price action. 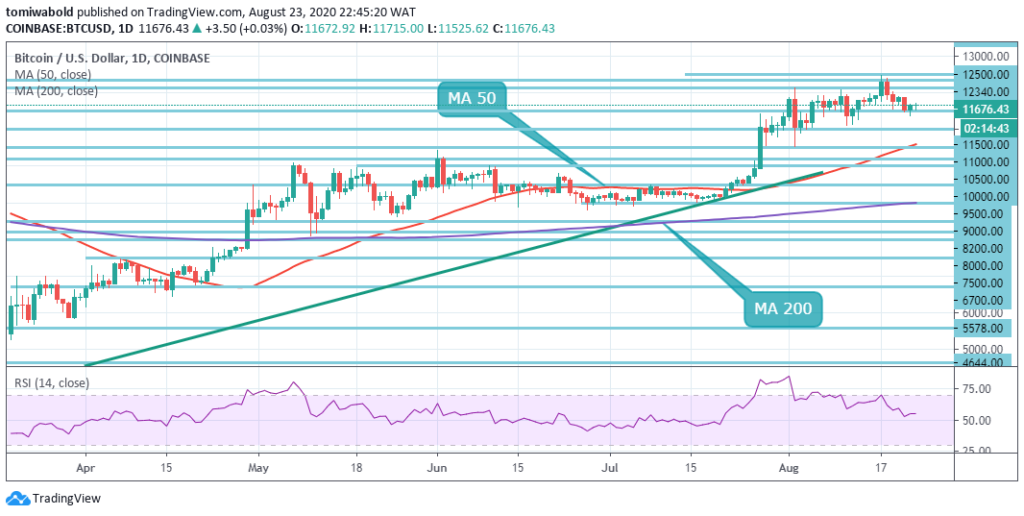 Altcoins and even some which seemed to have been forgotten have received a boost from the recent DeFi explosion. Chainlink (LINK) saw a whopping 700% increase this year. Basic Attention Token (BAT) rose in the prior week by 30%.

Narrowing down to the last 24 hours, ZRX, the native token of 0x surged by 71% supported by strong fundamentals. 0x protocol came into limelight in 2017 after raising millions in an ICO. Ethereum-based Balancer (BAL) is up 31.63% reaching a price of $26.44 for the first time in many days.

At a 31.63% gain, Balancer was the second best-performing crypto asset in the top 100 cryptocurrencies, only underperforming Cosmos (ATOM).

Bitcoin is currently showing signs of strength as it trades above the $11,500 pivotal level. An analyst while reinstating the significance of the $11,500 level in the near term stated that Bitcoin holding above this level is of utmost importance to Bitcoin and the entire cryptomarket. This is based on the premise of Bitcoin leading up the trail of Altcoins trend in the days and weeks ahead.

Earlier, bears attempted to breach beneath the $11,500 level as BTC traded at lows of $11,370 but this was quickly reversed by bull action.

The inability of the bears to claim this territory shows that the sub-$11,000 region is a strong support level which implies BTC may be poised to see further near-term upside.

This analyst believes its not only Bitcoin which may be geared for an upside momentum, but smaller cap Altcoins will also be bolstered in a rally by BTC price action. This he said:

“Well, on the daily timeframe we’ve arrived at the crucial level to hold for further upwards momentum. Bearish divergence only gets confirmed if we lose this $11,500 zone. Holding here = bounces on Altcoins. In general, still, Altseason and Alts continue.”

On the flip side, he sees that if BTC loses this key support, it may lead up to a decline as low as $9,900 in the days and weeks ahead.

This Synaptic Between Tezos (XTZ) and Chainlink (LINK) Brings to Light an Important Fact on DeFi, Here Is It