Bitcoin Dominance, However, Held Steady at 65.64%

Over the weekend, the top crypto asset by market cap fell beneath its key support level to trade under the $6k level. Despite the overtly bearish picture painted by its dismal performance, analysts held the opinion that a bounce-back was imminent at the $5,900 level, in which a popular twitter analyst had advised his followers to go long at the $5,900 level for “infinite money” since the buy orders at this level far outweigh the sell orders which came true.

As at the time of writing, most of the cryptocurrencies have entered recovery mode with Bitcoin bouncing off the $5,880 level low it hit late Sunday to trade now around $6,400 level, up about 5.68%, as of recent Bitcoin has been a walkable guide for the rest of the crypto market. Other crypto assets such as Ethereum, XRP, Litecoin, and a host of others have recovered since early morning in a likewise manner. 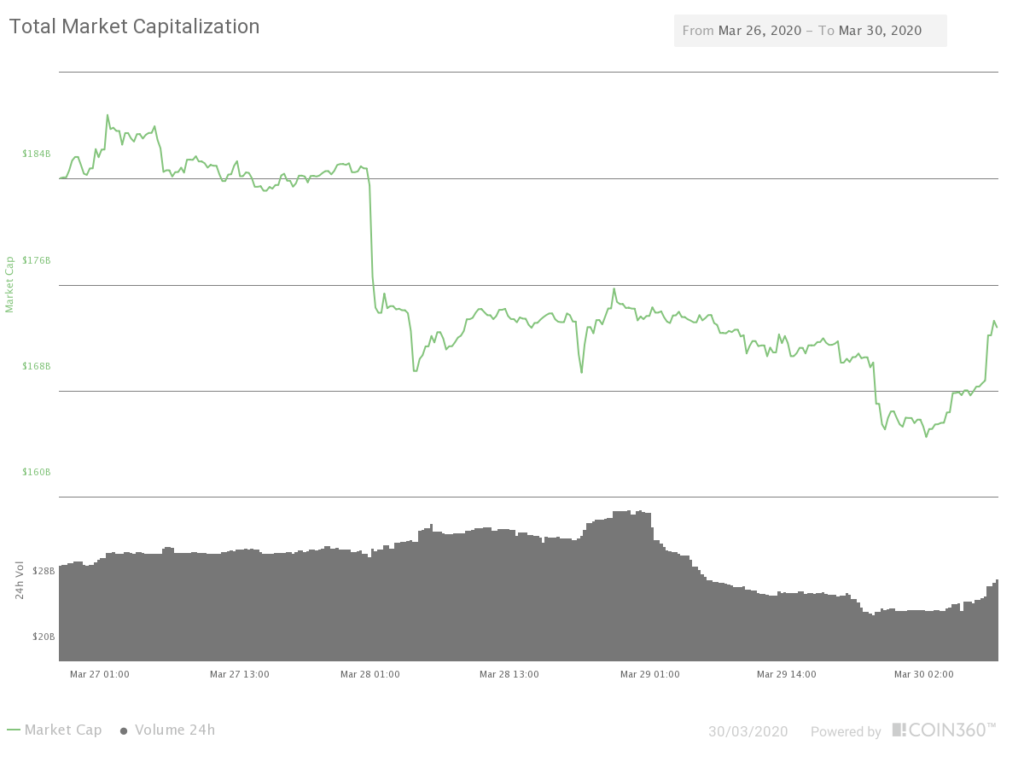 In the past, BTC’s price activity had been correlatable with that of the equities market while Bitcoin remains a walkable guide for the rest of the cryptomarket. Interestingly, however, the crypto market recovery of late isn’t correlatable to equities but Bitcoin’s safe-haven status remains under debate.

The second-largest crypto-asset, Ethereum broke its triangular formation to the downside, finding support at $123 and bounced-off from that level to trade at its recent price of $132.25. 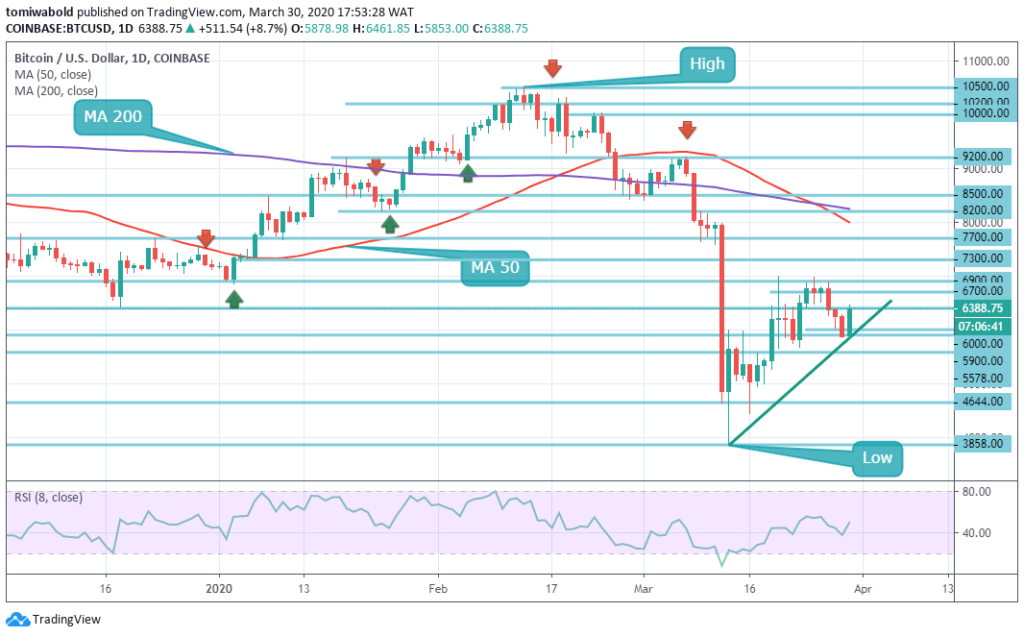 Likewise, Altcoins have been on a recovery mode since Bitcoin upswing in the early hours of today. A renowned trader and crypto analyst Michael van de Poppe advised his followers to shift their gaze towards Altcoin which he said may be profitable in the near-term.

In his words, he said Bitcoin is quite serene at the moment, therefore Altcoins might experience a come back likely at this period as Bitcoin may enter a consolidation bout. This he predicted to occur most likely during the summer.