Bitcoin (BTC) Has Been Seen as a Firm Guide for the Rest of the Crypto Market, at the Moment Trades at $9,693

Crude oil prices were mostly hit by the Coronavirus pandemic as many economies came to a crunch. The use of oil in the travel industry and factories reduced significantly as social restrictions and lockdown were in place as a result of the Coronavirus pandemic. The imbalance between demand and supply forces resulted in oil price hitting historical lows, like futures, including the WTI, entered the negative territory. Despite the oil market rebounding, oil prices are still low compared to before the coronavirus incidence.

However, a Bitcoin proponent claims the dwindling oil markets which caused oil futures to enter into the negative territory is ultimately positive for the cryptocurrency markets, especially Bitcoin Miners.

Miners had to sell a portion of their existing supply to cover operational costs as the breakeven cost of mining BTC is stated to be above $12,000 after halving which is in no way supported by Bitcoin’s recent price. 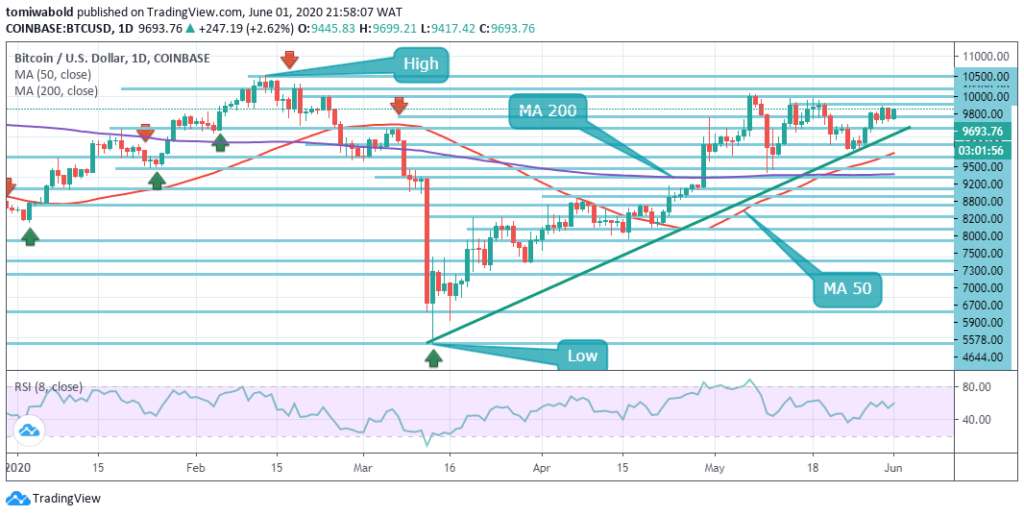 Bitcoin (BTC) has been seen as a firm guide for the rest of the crypto market, at the moment trades at $9,693.

Andreas Antonopoulos, a former security engineer and presently a full-time Bitcoin advocate expounded on how falling oil price could benefit the Miners, in a recent YouTube video tagged “Down the Rabbit Hole”.

Antonopoulos drew his inference from the premise that the unit cost of electricity in some regions is controlled by oil prices. Therefore, the general drop in oil price may lead to cheaper electricity which will be of gains to the Miners. He stated further that this may not apply to all countries of the world. Miners have been viewed as an unmatched sell pressure in the market alongside the Exchanges.

The Bitcoin advocate believes that the fall in oil price will open up bigger opportunities for cheap power which will be most applicable to the US which gets 36% of its energy from crude oil. He sees that this will garner in profits for US-based Crypto Miners.

Another group that is set to benefit immensely is the Chinese Miners which make up 66% of the global hash rate in the year 2019. Even though Chinese Crypto Mining is rounded off with a coal-powered hash.

In the last few days, the crypto market has made remarkable progress as seen in the Ethereum recent upsurge to levels above $240, Bitcoin traded back at $9,678 while LINK ranked as the best-performing Altcoin out of the top-20 rising than 6% and trading at $4.4 by the time of writing.